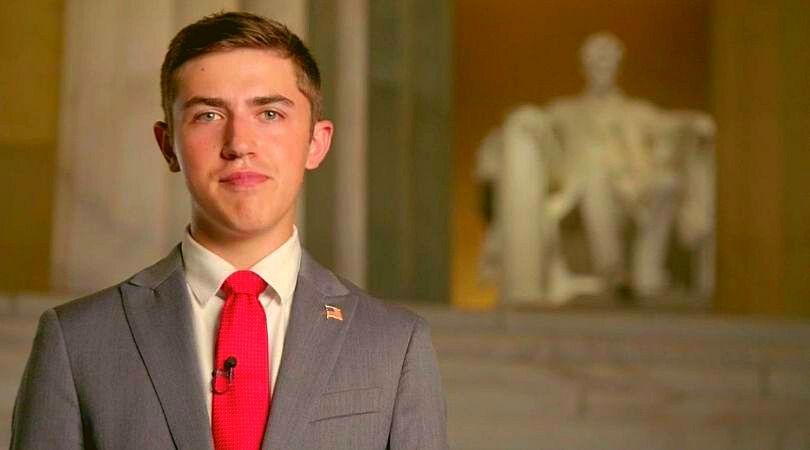 In an opinion piece published on Thursday, Sandmann warned like-minded students: "If you are a conservative like me, watch out. The intolerant left might come for you, too."

Now a freshman at Transylvania University (TU) in Lexington, Kentucky, the young pro-lifer is being targeted by leftists at the university and in the community at large.

In a recent Facebook post, assistant professor of sociology Avery Tompkins targeted Sandmann by vowing to closely monitor his conduct on campus, according to the Daily Caller.

"If he were to cause problems by being disruptive, trolling or engaging in unethical behavior of any kind, I would immediately document it (just like I would for any student doing the same thing)," Tompkins pledged.

The Transylvanian professor granted that although he disagreed with and criticized Sandmann, "academically qualified students" can't be refused admission to TU based on different "political and personal views." But he added, "I'm interested in knowing why he chose Transy, whose mission is the antithesis of what he believes and promotes."

I hope some time in a real classroom changes him, but his twitter and public persona suggest otherwise.

After news of Tompkins' targeting of Sandmann lit up social media, the professor apologized for singling out the first-year student.

"Having experienced the incredibly high standards Transy requires for admission and then holds its students to, this seems like a slap in the face. I hope some time in a real classroom changes him, but his twitter and public persona suggest otherwise," Crankshaw posted on Facebook.

Crankshaw further said the university is now marked for admitting the young conservative. "Does anyone else think it's a bit of a stain on Transylvania University for accepting Nick Sandman?"

"I'm sure it's a 'both sides' defense, but it's pretty counter to their [TU's] mission and another instance of there not actually being equal sides to an issue," he said attempting to answer his own question. "I think TU should accept anyone willing to have an open mind and engage in debate, regardless of their views. That's how we all learn. That's Transy's mission."

"But," he added, "this kid clearly is a provocateur in training with no intention of learning. He exists only to troll, intimidate and play victim."

Crankshaw defended his comments saying they come under the protection of the First Amendment.

Sandmann reacted to Crankshaw's charges on Thursday. "The ACLU claims to support free speech but, at least where Crankshaw seems to be concerned, that only applies if you share his ideas," he noted. "While he works for an organization founded on inclusivity, he is quick to exclude differing opinions."

"Sadly, I'm not the only young Republican being attacked for my political beliefs. Conservative students on college campuses across America face attacks just for speaking out and exercising their First Amendment rights," he said. "While our conservative values might not always be the popular ones held by celebrities and athletes on TV, we will not stop speaking out for what we believe is right."

"And to those who are inclined to write my future for me, I say let me define myself," Sandmann added. "I will not be canceled."