‘The Devil and Father Amorth’ Set for Silver Screen Debut

LOS ANGELES (ChurchMilitant.com) - Moviegoers will soon get an up-close look at the phenomenon of demonic possession.

On Tuesday, film distributor The Orchard released the trailer for "The Devil and Father Amorth," announcing the documentary will debut April 20 in Los Angeles and New York, with a worldwide digital release to follow.

The latest project of Academy Award-winning director William Friedkin, the film will provide laymen unprecedented insight into the rite of exorcism.

The picture chronicles the case of "Cristina," an Italian architect in her late 30s, undergoing her ninth session in a months-long battle against a demon within her.

Friedkin, director of the 1973 blockbuster "The Exorcist," was granted permission to film the exorcism by Cristina and Fr. Gabriele Amorth, chief exorcist of the diocese of Rome prior to his death in 2016.

Father Amorth established strict controls over the shoot. Friedkin was only permitted to film alone and could not use lights. Using a high-definition Sony still camera, he positioned himself roughly two feet from the priest and the woman.

Cristina spends much of the exorcism "thrashing and growling in her chair." Her voice "drops an octave," and she emits growls of "I am Satan!" and "We are legion!" and "No, no, no!"

After gathering footage of the exorcism, Friedkin consulted with top U.S. neurologists, brain surgeons and psychiatrists about the case. "The brain surgeons had no idea what her affliction was and none of them would recommend an operation," he noted.

"They believe that everything originates in the brain but — and they say this in the film — they have never seen anything quite like these symptoms," the director added.

Friedkin described "The Devil and Father Amorth" as a "terrifying" project to make. "I don't think I will ever be the same, having seen this astonishing thing," he said, reflecting on demonic manifestation.

The film's release comes amid exploding demand for the rite. In Italy, for example, requests for exorcism have tripled in recent years, with more than 500,000 petitions filed annually.

Shortly before his death, Pope St. John Paul II warned that across the West, apostasy and resurgent paganism were opening doors to a new surge of demonic activity.

Surveying the accelerating spiritual collapse, the pontiff urged every diocese appoint its own resident exorcist.

The devil is gaining ground. If you abandon God, the devil will take His place.

In the United States, the Holy Father's call led to the 2012 creation of the Pope Leo XIII Institute, a center dedicated to promoting "the spiritual formation of priests to bring the light of Christ to dispel evil."

The academy is reinvigorating the clergy's capacity for spiritual combat. In 2004, just a dozen exorcists were active in the United States. Since 2015, the Pope Leo XIII Institute has graduated more than a hundred.

But even this is not enough to keep up with demand, U.S. Church officials warn. A sharp rise in demonic activity is being reported throughout the United States, owing to skyrocketing rates of drug and pornography addiction, as well as the general loss of faith and abandonment of religious devotion.

Of particular concern, exorcists note, is the escalating spread of the occult. Witchcraft is on the rise, while legions dabble in occult "games" like the Ouija board and its recent schoolyard offshoot, "Charlie Charlie."

Demons are directly summoned in these practices, exorcists warn. It is no coincidence, one Italian priest noted recently, that demand for the rite in his country is so high; 10 million Italians have visited wizards, witches and fortune tellers, with every encounter opening a door to the diabolical.

According to Fr. Vincent Lampert, an exorcist in the archdiocese of Indianapolis, society's present condition is a natural result of its drift away from God. "The decline in faith," he observes, referencing Scripture, "goes hand in hand with the rise in evil."

Before his death in 2016, Fr. Amorth said much the same. Satan's influence, he noted, is more evident at certain points in time, including our own:

There is no doubt that Satan's power is felt more keenly in periods of history when the sinfulness of the community is more evident. For example, when I view the decadence of the Roman Empire, I can see the moral disintegration of that period in history. Now, we are at the same level of decadence.

"The devil is gaining ground," the exorcist warned. "We are living in an age when faith is diminishing. If you abandon God, the devil will take His place." 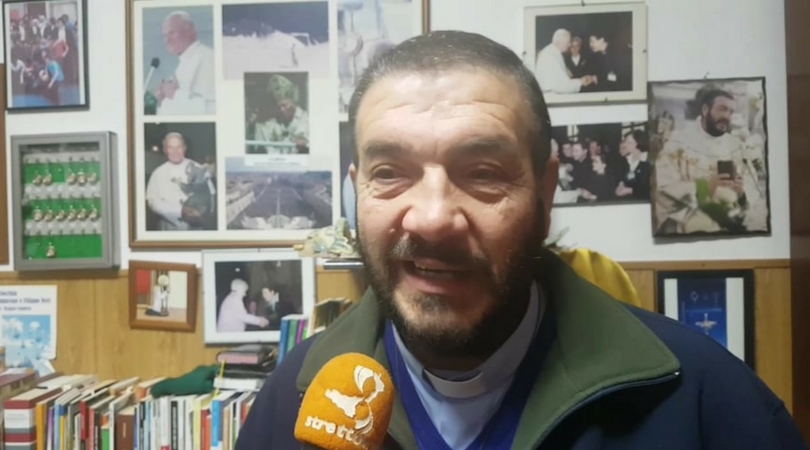 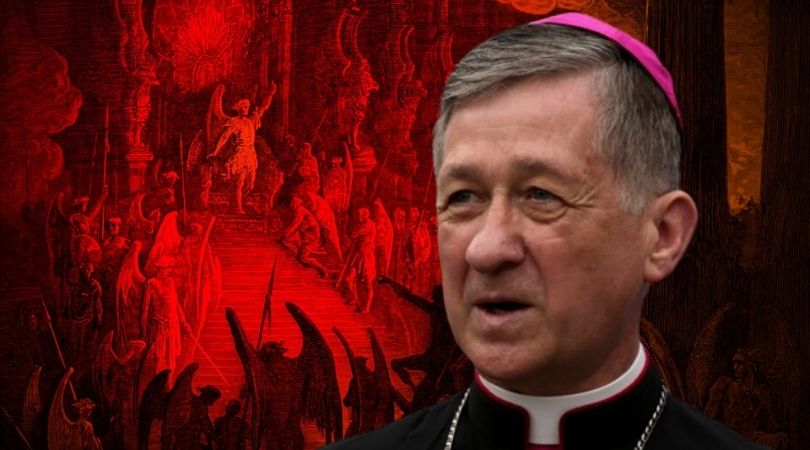