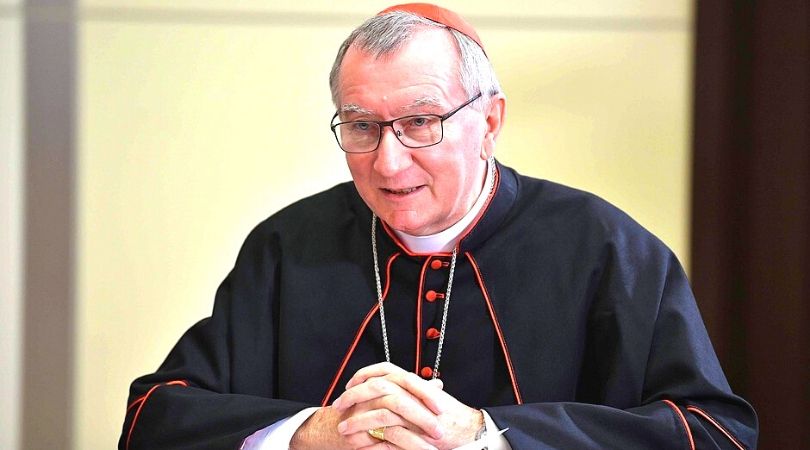 German priest was protected by the now-secretary of state

A criminal trial is underway in Germany centered on Msgr. Christoph Kühn, who oversaw the German desk in the Secretariat of State from 2005–2013.

In the past few days, the German daily Bild published an article, which we offer you excerpts of here in translation with some brief explicative notes in italics.

It is the latest example of how the highest levels of the Church — in spite of declarations, vademecums, exhortations and various documents — tolerate and close their eyes and ears when sexual abuse and harassment — specifically homosexual — takes place towards priests and seminarians.

The affair is centered on a German prelate who served in the Vatican during the pontificate of Pope Benedict. It is said that the man made unwanted sexual advances against at least two priests, which he denies.

To clarify the case, the bishop of Eichstätt, Gregor Hanke, even sent a religious (a former prosecutor) to Rome last week as an investigator!

Because according to Abp. Carlo Maria Viganò, [who was formerly secretary of the Governatorate and nuncio to the United States, and before that was] in charge of personnel at the Secretariat of State [thereby gaining knowledge of denunciations and problems of prelates in every part of the world], the incident was covered up!

Viganò has presented a four-page document, which was also made available to his counterpart at the Congregation for the Doctrine of the Faith. The testimony is attached to a 10-page criminal denunciation along with the alleged offender's request to be removed from the priesthood. [Viganò became famous after the denunciation he made in August 2018, in which he stated that the reigning pontiff was aware of the scandals, particularly of a homosexual nature, related to former cardinal Theodore McCarrick. And despite the fact that he was personally informed of these facts by Viganò, the reigning pontiff practically annulled the measures taken against McCarrick by Benedict XVI and the Congregation for Bishops, and used him on various occasions as his personal envoy abroad].

Viganò gives the names of those responsible and the spicy details from the suspect's personal life, from the prelate's years of service in Africa. The cardinal Secretary of State Pietro Parolin, the most powerful man after Pope Francis, was also informed.

A professor of psychology evaluated the files and gave a negative prognosis on the personality of the German prelate.

There are these entries in the file.

According to the lawyer Alexander Stevens, who represents one of the victims: "With the declaration made by the director of personnel Viganò, the obstruction of justice at the highest level of the Church has been officially established."

In the meantime, the Church has issued a written statement saying that at the time of his transfer to Germany, the Vatican had made it known that the prelate, despite his notable gifts and intellectual capacity, had to leave the diplomatic service.

According to Abp. Viganò, who presented a written testimony to the tribunal, the present secretary of state Cdl. Pietro Parolin was also involved in the case [at the time of the events he was second-in-command to the "foreign minister" of the Holy See]. Like other Vatican personnel directors, Parolin not only is alleged to have covered up for the abuser, but also is said to have punished the young victim.

We have had the opportunity to read the 10 pages of the denunciation made by the poor priest, who suffers from depression and other physical and psychological maladies as a result of the abuse and above all from the vendetta which the alleged abuser effected for years against him, with the indifference, silence and connivance of the those in charge in the Church both in the Vatican and in Germany. If a third of what he wrote is true, it makes one want to vomit. It is a dramatic situation that also involved the parents of the priest and contributed to an attempted suicide by the victim's mother.

The obstruction of justice at the highest level of the Church has been officially established.

The alleged perpetrator was a powerful man — and perhaps he still is, because of what he came to know during his past years in the Secretariat of State. Even to the point of making the following threat at a certain point, according to the denunciation: "When Ratzinger goes into retirement I will also destroy [Georg] Gänswein."

According to the victim, after the abuse:

I felt dirty, guilty, sick. In fact, for at least a week I did not go into the office, saying that I was sick. I did not even leave my house. I was deeply traumatized. Even today this experience returns as a nightmare when I sleep. I am so ashamed. The first time I spoke about it in detail to the [German] Landshut police was after the first article published by Bild in 2019 about the conduct of Msgr. Christoph Kühn.

A year later, Msgr. Christoph Kühn's service in the Vatican was terminated. And thus he began the German chapter of his service, in Vienna and Germany, that led to his legal troubles and to the present situation.

Even the Congregation for the Doctrine of the Faith received the denunciation made by the victim, in which it is requested that the alleged abuser be reduced to the lay state. 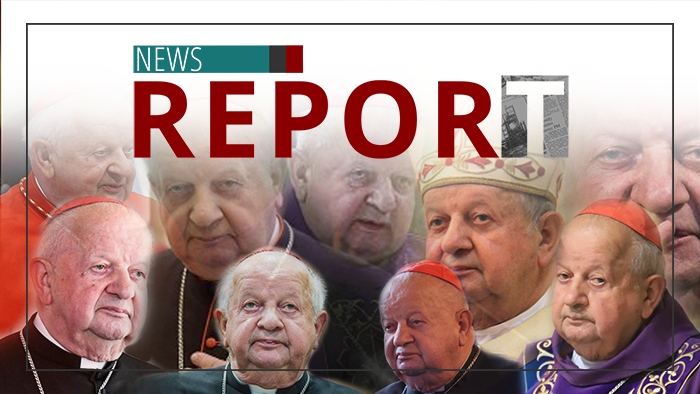