MADISON, Wis. (ChurchMilitant.com) - Faithful Catholic organizations are working to shine a light on the anti-Catholic agenda of the Biden-Harris ticket.

Political nonprofit CatholicVote, for example, is launching a campaign to reach Catholic voters in swing states. Its aim is to call attention to Biden's policy agenda on issues important to Catholics, and to highlight his long record of public service, which the group calls "anti-Catholic."

CatholicVote president Brian Burch spoke to Catholic News Agency (CNA) Sept. 15, clarifying the essential difference between the often-conflated judging of a person versus judging his or her actions and policies.

"We stand with our Catholic bishops in making clear that no person has a right to judge a person's soul, or relationship with God," said Burch. "Instead we are fulfilling our obligation as Catholic laypersons in defending the time-honored truths of our Faith, publicly and repeatedly cast aside by Mr. Biden over the past 47 years."

CatholicVote is releasing a "comprehensive report on Joe Biden's decades-long career in public service from a Catholic perspective," which it says will assess "where Biden stands today on issues of fundamental importance to Catholics including the sanctity of life, religious liberty, judges, education, the dignity of work and other core issues."

In the introduction to this report, CatholicVote speaks of how important the voting faithful are in presidential elections.

"The winner of the Catholic vote has won every presidential election since 1976, with the exception of one," it states. "In 2016, Donald Trump defeated Hillary Clinton among Catholics 52–45. In 2018, Catholics were very narrowly divided, with 50% backing Democrats and 49% supporting Republicans."

With regard to abortion, which the U.S. bishops call the pre-eminent issue of our time, Biden promises to "work to codify Roe v. Wade as amended by Casey." Roe legalized abortion in 1973 and Casey upheld it in 1992. Biden has also said state laws can regulate abortion, as long as they don't pose any undue burden on women seeking them.

Biden-Harris is widely recognized as the most extreme anti-Catholic ticket in American history.

Biden now supports repealing the Hyde Amendment, which would force all taxpayers to pay for abortion, and opposes the Mexico City Policy, which bars U.S. foreign assistance from funding groups that perform or promote abortion.

Biden's health plan would offer public funding of abortion on a mass scale; and he says he will set up a public health insurance option to cover contraception and abortion. Biden has said that, if elected president, he would overturn a Supreme Court ruling to force the Little Sisters of the Poor to pay for employees' birth control and abortifacients.

Harris grilled judicial nominees over their affiliations with the Knights of Columbus, a Catholic men's group that often works to defend the unborn. She questioned a nominee on being affiliated with a Christian adoption agency, and grilled another about briefs written for religious liberty lawsuits against the federal contraception mandate. Harris roasted another nominee for being endorsed by a pro-life organization.

Biden-Harris is widely recognized as the most extreme anti-Catholic ticket in American history.

As Church Militant reported last week, a group of laypeople known as Catholics for Truth recently debuted its website, The Anti-Catholic Ticket (ACT). This is a comprehensive initiative to inform Catholic voters of where Biden and Harris stand on issues that contradict non-negotiable Church teachings.

Likewise, Church Militant has created a 2020 Catholic Voters Guide, which is free to anyone upon request. It simplifies the principles involved and compares the stands that Democrats and Republicans take on the issues. It also includes a reading list of Church documents that help you understand the position of the Catholic Church.

There are also other voting guides from Catholic organizations one can find on the internet. EWTN and Priests for Life offer solid guides for Catholic voters. EWTN even offers a brief catechism on voting in elections.

On the other hand, there are also groups calling themselves Catholic who offer an anti-Catholic viewpoint. Michael Hichborn of the Lepanto Institute serves as a spokesman for Catholics for Truth. He explained unambiguously the agenda of these groups.

"America Magazine has published articles trying to convince Catholics that they can be communists, and Catholics for Biden should just take off the mask and reveal its true name: 'Catholics for Abortion,'" Hichborn said. "These groups have almost nothing to do with Catholicism and everything to do with pro-abortion, pro-sodomy Marxism." 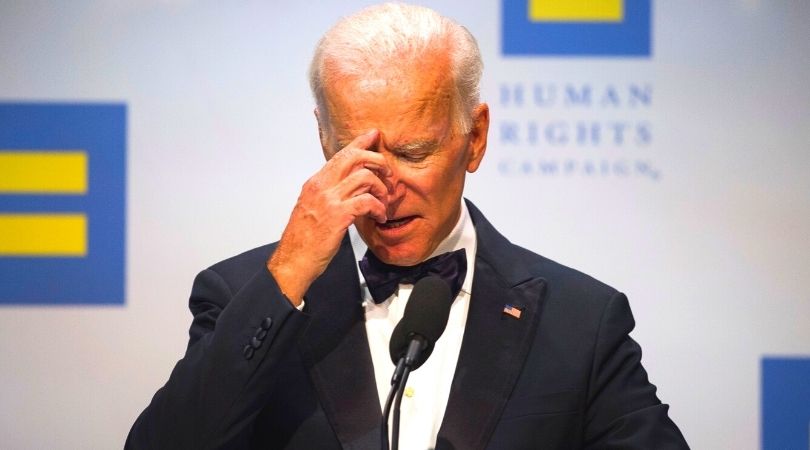