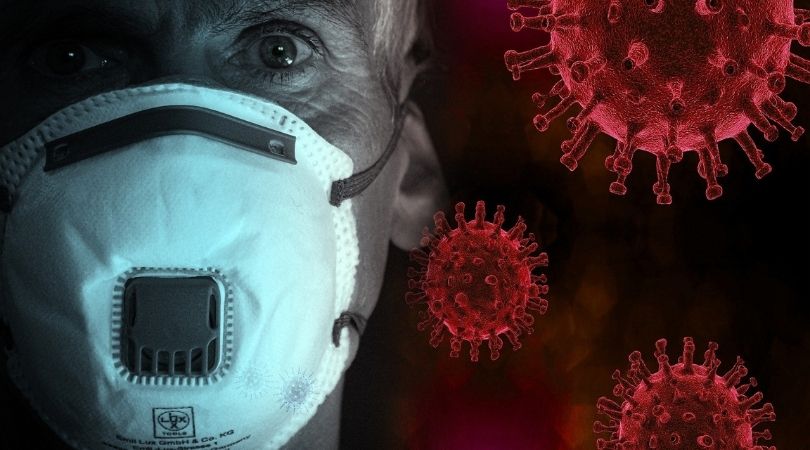 STANFORD, California (ChurchMilitant.com) - "Fact-checkers" funded by globalist multi-billionaires have launched a concerted campaign to discredit a scientific study that damns face masks as not just ineffective against COVID-19, but as dirty, dangerous and dehumanizing.

On Friday, the "fact-checking" site PolitiFact — hosted by the Bill Gates and George Soros-funded Poynter Institute for Media Studies — attacked the study posted on the U.S. National Center for Biotechnology Information (NCBI) website as "lacking evidence."

The NCBI is a division of the National Library of Medicine (NLM) at the National Institutes of Health (NIH) and, together with the collective research components of NIH, constitutes "the largest biomedical research facility in the world."

The paper, titled "Facemasks in the COVID-19 Era: A Health Hypothesis," authored by Stanford University cardiologist Dr. Baruch Vainshelboim, and published in the January 2021 edition of the journal Medical Hypotheses, was deleted by Facebook and Twitter after it went viral on the left-wing social media platforms.

The scientist also pointed out that there was no scientific evidence supporting the efficacy of masks "for reducing morbidity or mortality associated with infectious or viral diseases."

Vainshelboim showed how the World Health Organization (WHO) had contradicted itself — initially announcing that "face masks are not required, as no evidence is available on [their] usefulness to protect non-sick persons" and that "cloth (e.g., cotton or gauze) masks are not recommended under any circumstance."

However, the WHO later stated that using fabric masks as a general community practice prevents "the infected wearer transmitting the virus to others" and "offer[s] protection to the healthy wearer against infection."

The WHO, like the Centers for Disease Control and Prevention (CDC), had also stated that fabric masks should only be used by infected persons and not as prevention practice in asymptomatic individuals "due to the lower filtration, breathability and overall performance of fabric face masks."

The researcher also emphasized the "dehumanizing" impact of a mask, opining that face coverings "partially delete the uniqueness and individuality of [the] person who is wearing the facemask, as well as the connected person."

"The repeatedly or continuously activated stress-fear response causes the body to operate on survival mode, having sustained increase in blood pressure, pro-inflammatory state and immunosuppression," the researcher added.

The scientific paper noted that the "devastating" long-term health consequences of masks include exacerbating chronic illnesses like hypertension, cardiovascular disease, diabetes, cancer and Alzheimer's. Moreover, according to the paper, mask-wearing can aggravate anxiety, depression, social isolation and loneliness, thus "increasing the risk for premature mortality."

PolitiFact uses the logical fallacy of argument from authority to discredit the article, attacking the scientific credibility of Vainshelboim and the journal Medical Hypotheses.

Even though Vainshelboim's claims are based on numerous peer-reviewed studies cited in his paper, PolitiFact attempts to discredit Medical Hypotheses as "a journal that says its purpose is to publish 'interesting theoretical papers.'"

Medical Hypotheses openly acknowledges it was launched to open "the field to radical hypotheses which would be rejected by most conventional journals." However, it gives assurances that all published papers are "reviewed by the editor and external reviewers to ensure their scientific merit."

Vainshelboim himself is widely published in peer-reviewed medical and scientific journals, including publications of the European Respiratory Society.

Instead of responding with counter articles from other peer-reviewed medical journals, PolitiFact cites other so-called fact-checking sites, namely Lead Stories and USA Today.

While Lead Stories is funded by Facebook and Google (and provides services to Beijing-based ByteDance, the company running TikTok), USA Today's parent company, Gannett Co., has received funding from the Gates Foundation.

The Columbia Journalism Review describes the fact-checkers as journalism's "Gates keepers," noting how, of the "nearly 20,000 charitable grants the Gates Foundation had made through the end of June," more than $250 million went toward journalism.