SAN DIEGO (ChurchMilitant.com) - A group of committed Catholics in the diocese of San Diego is holding their bishop's feet to the fire.

Concerned Catholics of San Diego (CCSD), a newly formed grassroots initiative of faithful laity, sent a letter on Oct. 5 to Bp. Robert McElroy of the San Diego diocese demanding answers about the sex abuse crisis and homosexuality among the clergy.

Among other things, the letter called on Bp. McElroy "to meaningfully include the laity in the process of purification and reform of the Church hierarchy that will include accountability, transparency and an emphasis on maintaining clerical celibacy."

In an interview Tuesday, Charles LiMandri from CCSD told Church Militant that the group was established "in the past three months" and "at the encouragement of priests."

LiMandri also said that CCSD is not rebellious or disobedient, but a group of concerned Catholics.

"We are not schismatic," he said. "We are Catholics who want to love and serve the Church."

LiMandri emphasized that CCSD exists to call on Bp. McElroy to take action on issues related to homosexuality in the clergy and the sex abuse scandal.

LiMandri alluded to the fact that Bp. McElroy sat on information about the sexual exploits of homosexual predator ex-Cdl. Theodore McCarrick. This year's "summer of shame" for the Catholic Church in America began with news in June of a sex abuse allegation against then-Cdl. McCarrick that was deemed credible by the archdiocese of New York. This led to many other people coming forward claiming McCarrick was a homosexual predator.

Bishop McElroy was one of several U.S. bishops who received information from psychologist Richard Sipe — who died earlier this year — about McCarrick. Sipe wrote a letter to McElroy in 2016 which alluded to a meeting in which the bishop shot down Sipe and said he never wanted to meet with him again.

A CCSD press release dated Oct. 5 quotes Limandri as saying, "The Catholic Church, including here in San Diego, is facing an unprecedented crisis," adding, "We believe the time is now to mobilize the lay Catholic community in San Diego to bring renewal to the Church." A copy of this press release was published by LifeSiteNews.

CCSD's website states, "As lay Catholics, we are very concerned about recent revelations of allegations of priestly and episcopal sexual misconduct as well as episcopal and even papal cover up of misdeeds."

"Clearly, the Church is in a moral crisis," the site opines, "and it is safe to say that the hierarchy did not learn all of the valuable lessons that were available to it in 2002 when the bishops adopted the Charter for the Protection of Children and Young People."

We are devastated by the evil that has spread throughout the Church. But we are also hopeful that this tragedy will bring about an extraordinary spiritual renewal not only among the clergy but the whole Church.

In the fallout from U.S. Catholics' "summer of shame," San Diego's Bp. McElroy has been hosting listening sessions at parish halls throughout the diocese where people can voice their concerns and questions about the clerical sex abuse scandal.

LiMandri told Church Militant that it seemed like many local Catholics found the listening sessions somewhat disappointing. They "serve some purpose," he pointed out, but "leave some questions unanswered."

The attorney also expressed his concern about the fact that diocese wanted no one to take video or audio recordings. LiMandri claims the diocese even requires attendees at the listening sessions to leave behind any notes they take on the table when they leave.

At one of the events, a man interrupted the event's proceedings to tell of his close encounter as a child with sexual predators in the Church. He said he was subject to sexual grooming as a child by a pedophile ring at a Catholic summer camp in Indiana.

During the eight-minute speech, the man said he and the other children were ordered to take off their clothes and slide down a rock formation with adult camp counselors, who were also naked, into a river. Years later, he found out that there had been a pederast ring associated with the camp — a ring which included two priests. He suspects the skinny-dipping incident may have actually been part of a grooming process.

He slammed Bp. McElroy, who was standing just a few feet from him.

"Bishop McElroy," he said, "you received a letter from Dr. [Richard] Sipe detailing his concerns about McCarrick, and you ignored it."

The man called for fellow Catholics to withhold donations to the Church. Some in the audience objected, but he doubled down, "If he [Bp. McElroy] stands to lose more money by lack of donation than by lawsuits, that could be enough to force him to bring this to the light of day."

"Maybe we can't pay our electric bill, and have to have Mass by candlelight," he speculated. "I think that would be a good penance for us all, for what we have allowed this Church, excuse me, this leadership of this Church, to do." 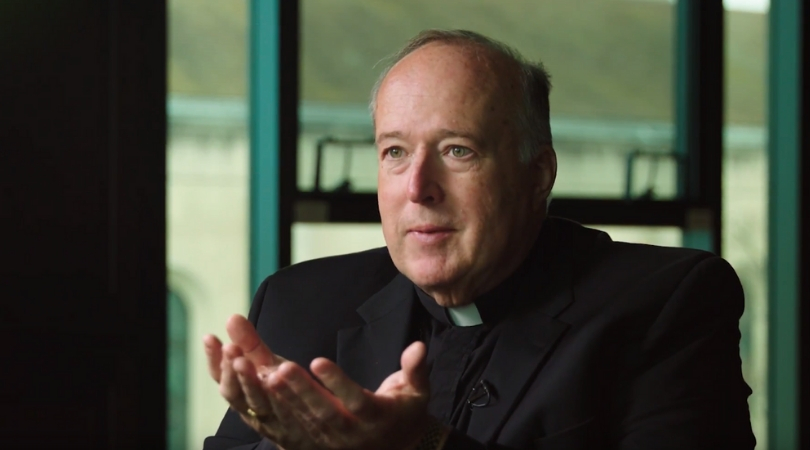 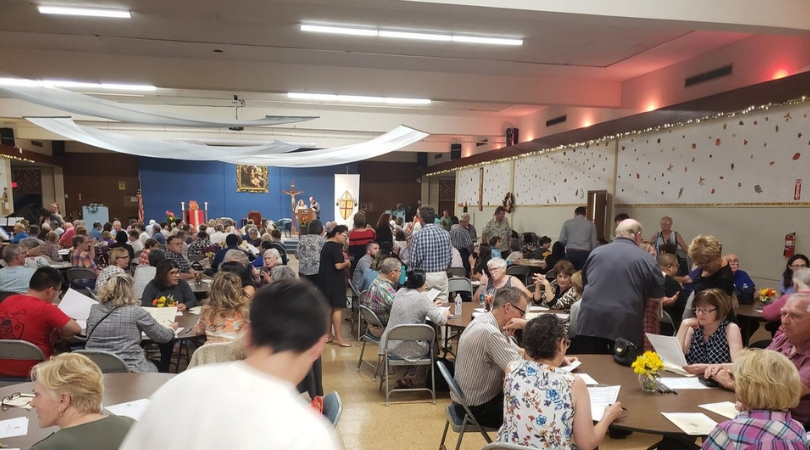 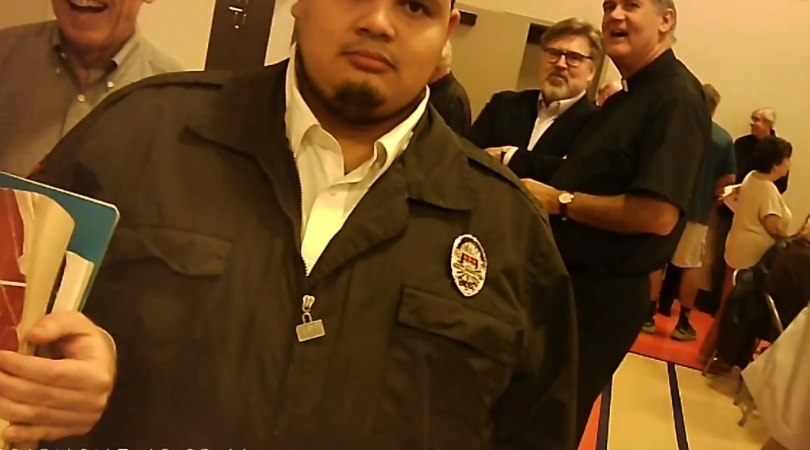