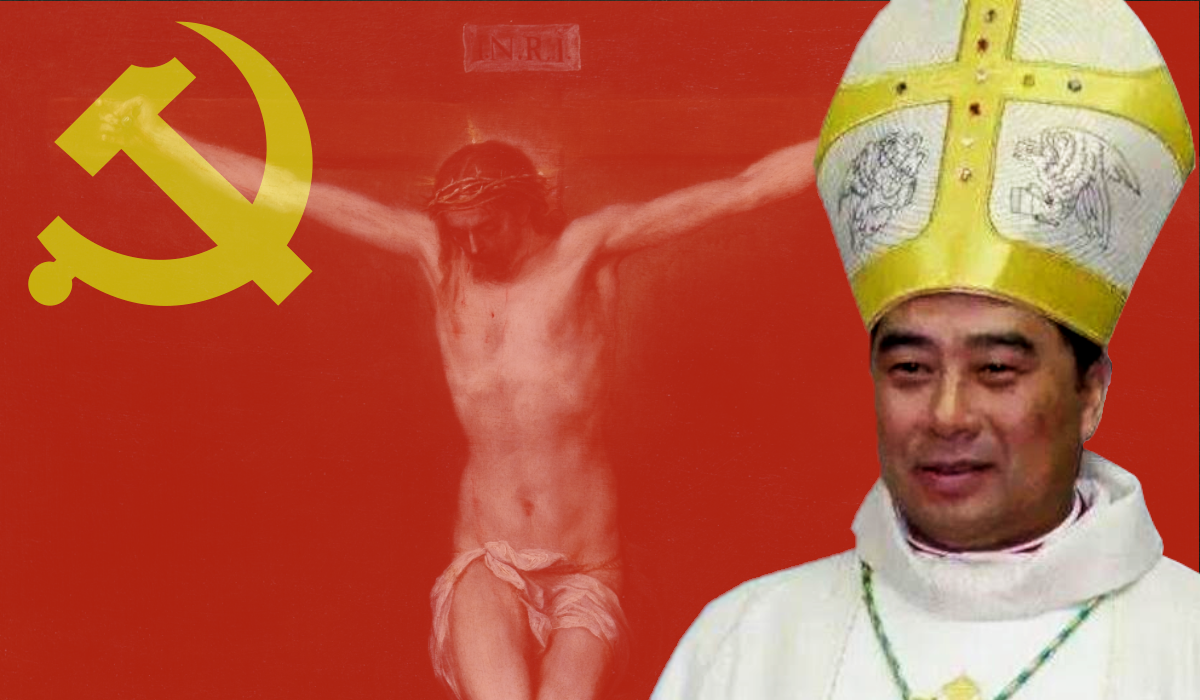 FUJIAN PROVINCE, China (ChurchMilitant.com) - A faithful bishop of the underground Catholic Church in China is hiding from police who tried to coerce him into joining Communist China's state-sanctioned Church. This follows the increased persecution and confusion after the September 2018 secretive Vatican-China agreement.

Bishop Vincent Guo Xijin of Mindong, in China's eastern Fujian province, fled from police custody in Ningde on Nov. 13 and returned to his hometown of Luojiang.

Asia News reported that two police officers had been monitoring Bp. Guo since Nov. 9 as part of the increasing pressure, blackmail and threats Fujian authorities have been visiting on clergy to force them to join the Chinese Patriotic Catholic Association (CPCA) ― a control arm of the Communist Party of China (CCP) overseen by the United Front Work Department.

The CCP was trying to coerce Bp. Guo to travel to Xiamen in Fujian province to attend a meeting for government-sanctioned clerics, in an ongoing attempt to weaken the underground Church that still dominates in the region.

Refusing to go to Xiamen, the police brought Bp. Guo to Ningde on Nov. 12 and to Bp. Zhan Silu's residence that evening with the hope that Zhan, a Communist appointee, would convince him to sign the government form for joining CPCA.

The next day, Bp. Guo fled to Luojiang, where his followers think CCP authorities will eventually find him and take him back into custody.

Zhan was one of the bishops who had been excommunicated as a CCP appointment, but Pope Francis lifted his and six other bishops' excommunication on Sept. 22, 2018, when the Vatican-China agreement was signed. The Pope requested that Bp. Guo be reduced to an assistant bishop at the time.

Bishop Guo has encountered difficulties with CCP authorities before for refusing to join the CPCA.

On April 7, 2017, he was called into the local religious affairs bureau in Fu'an when the bureau informed the diocese it wanted him to attend a 20-day learning class.

Cardinal Joseph Zen tweeted an Asia News story on the Guo situation on Nov. 14 and received some strong responses.

"The provisional agreement between Pope Francis and the Chinese government has caused tremendous harm to the underground Church," tweeted Fr. Francis Liu in response. "It is unknown how long this type of injury will take to heal. Pray to the Lord."

Father Liu's assessment reflects what Cdl. Zen told Church Militant in July regarding the intensification of persecution of the underground Church since the Vatican-China agreement of September 2018:

It is really a terrible thing; the most worrisome element is that the agreement was a secret one, so we do not know what is in the agreement.

So, when the government comes to say, "Do this" and "Do that" to our people here, they ask, "Why?" They ask, "Did the Pope already agree?" Then the people say, "We don't know; we don't know what the Pope promised to you ― what he agreed on."

A report on Bp. Guo's current situation drew many critical comments regarding the CCP, Pope Francis and a lack of Christian outrage in the West.

Why 'good Christian' are you not speaking out against the actions of the Red Chinese?

"Guo is part of a group of bishops that many religious and human rights experts feared would be persecuted after the Vatican inked a deal with Beijing last year on the ordaining [of] bishops," reads one comment. "Thanks to this Pope he threw the real bishops in China under the bus."

In September, Cdl. Zen told La Vie that "Rome no longer dares to criticize the Chinese government, to which it has sold off the Chinese Church." To date, the Vatican has remained silent regarding the increased persecution of underground Chinese Catholics.

A faithful Catholic told Asia News that Bp. Guo is "very tired" and expressed hope that all believers throughout the world pray for him.