Teacher dismissed after posting images of gay wedding on Facebook

RALEIGH, N.C. (ChurchMilitant.com) - A homosexual school teacher is suing Charlotte Catholic High School after being fired for posting photos from his gay wedding on social media.

Lonnie Billard filed the lawsuit Wednesday claiming the school discriminated against him for being gay. David Hains, a spokesman for the diocese of Charlotte, said Billard was not fired for being gay but for "going on Facebook, entering into a same-sex relationship, and saying it in a very public way that he does not agree with the teachings of the Catholic Church."

The aggressively gay and anti-Catholic American Civil Liberties Union is leading the lawsuit. A spokesman for the ACLU said, "Lonnie was fired because he announced his marriage to his longtime partner, who is a man, and that is sex discrimination, pure and simple.”

The ACLU further claims that even though Billard was working inside of a Catholic school, his post as an English and drama teacher was "secular."

Billard was employed full time at Charlotte Catholic for several years and was working as a substitute teacher when in October 2014, he went on social media and proclaimed his gay "wedding." According to the lawsuit, the Facebook post read:

Everyone sing along…. "Goin' to the chapel and we're gonna' get maa-aried. Goin' to the chapel and we're gonna' get maa-aa-ried." Yes, I'm finally going to make an honest (at least legal) man out of Rich. We will be married on May 2, 2015… details to follow. I cannot believe that I am saying this or that it is even possible. I thank all the courageous people who had more guts than I who refused to back down and accept anything but "equal." Ps. If you don't agree with this… keep it to yourself. You never asked my opinion about your personal life and I am not asking yours.

Primarily, the ACLU is seeking, "relief, damages, and other equitable and legal remedies" for being "discriminated against on the basis of sex, in violation of Title VII of the Civil Rights Act of 1964." 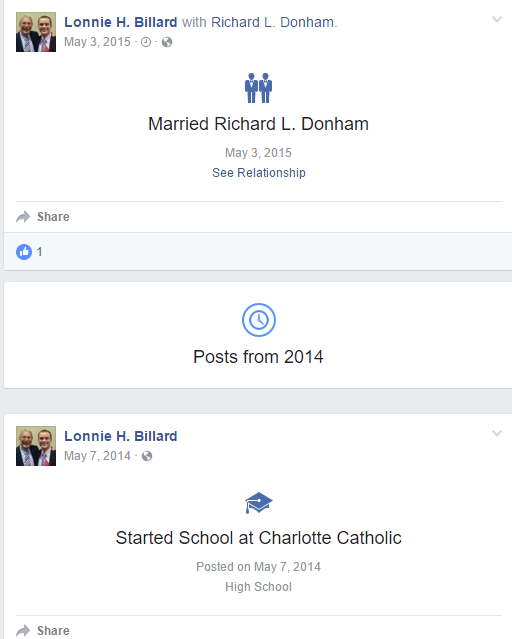 Maxine Eichner, a law professor from North Carolina, said, "Several cases in the last few years offer more support for the point that Title VII protects against employment discrimination based on sexual orientation, but in my view don't definitively resolve the issue."

The Charlotte diocese serves under a faithful and orthodox bishop, Peter Jugis, who recently opened up a minor seminary that trains men in courses that include theology, rhetoric, logic, pre-Socratics, Latin, and Gregorian chant and polyphony, with Fr. Matthew Kauth as rector.

Kauth was the subject of controversy in 2014 when, as chaplain at Charlotte Catholic High, he invited a Dominican nun to speak to students about Theology of the Body. During the talk, she made claims that people are not born gay, and that the homosexual lifestyle tends to be promiscuous. Parents — goaded by liberal faculty — complained, but Bp. Jugis fully backed Kauth throughout the ordeal.