WASHINGTON (ChurchMilitant.com) - Faithful Catholics rising up since last August have succeeded in taking down two former archbishops from Washington and have their sights set on the current archbishop as well as several other compromised bishops and cardinals.

Washington's new archbishop, Wilton Gregory, is viewed by many as a mere crony of his two disgraced predecessors, Theodore McCarrick and Cdl. Donald Wuerl.

Installed for less than a month, Gregory already has more than 8,000 Catholics calling for him to become a "worthy shepherd" or resign. A recent petition is asking Gregory to become "a robust teacher of the Catholic Faith and defender of Catholic Morals."

Church Militant has reported several times, however, on how Gregory has fallen far short on both counts.

Housecleaning in the Church started with Washington's two former archbishops. Amidst withering criticism, McCarrick was eventually laicized and Wuerl forced to relinquish his post in Washington. More than 142,000 concerned Catholics signed a petition demanding that Wuerl step down. Public outcry against Wuerl centered on the fact that the Pennsylvania grand jury report showed he had covered up sexual abuse of minors while archbishop of Pittsburgh.

In their petition calling for Wuerl's demotion, faithful Catholics remark, "In this #MeToo era, it is unconscionable that a Cardinal who played a role in the conspiracy of silence and cover-up of clergy abuse of minors should remain in leadership."

This statement refers to the #CatholicMeToo movement which began last June with the revelations that McCarrick was a homosexual predator and many in the hierarchy had turned a blind eye to his decades-long abuse of seminarians and young priests. These revelations sparked a conflagration of whistleblowers coming forward to tell their story of sexual abuse by clergy and of Church leaders covering it up.

Burning coals of Catholic sentiment flared up with the August release of the 884-page Pennsylvania's grand jury report naming Wuerl more than 200 times and highlighting the widespread cover-up of more than 1,000 victims who were sexually abused by some 300 clergy.

With the testimony coming out the same month by former U.S. apostolic nuncio Abp. Carlo Maria Viganò of a homosexual current in the Church that systematically covered up clerical sex abuse — predominantly homosexual in nature — a full-blown Catholic uprising spontaneously erupted demanding the removal of complicit clergy.

Catholics have started several petitions like those against Wuerl, McCarrick and Gregory to reprimand or remove compromised bishops in accord with canon 212 whereby the Catholic Church allows lay Catholics "to make known to pastors of the Church their needs, especially spiritual ones, and their desires."

One of the most prominent needs of faithful Catholics is to have faithful shepherds who not only teach the truth but who also won't undermine that teaching by covering up clerical sex abuse and its attending corruption.

According to the knowledge, competence, and prestige which they possess, they have the right and even at times the duty to manifest to the sacred pastors their opinion on matters which pertain to the good of the Church and to make their opinion known to the rest of the Christian faithful.

The gravest matter pertaining to the good of the Church in the opinion of many Catholics is having Church leaders who will stop clerical sex abuse replace those who continue sustaining it. They are now voicing these concerns with the use of online petitions often hosted by such websites as Change.org.

Their efforts have not stopped since McCarrick was laicized in February. Catholics rallied in November at the U.S. bishops' general assembly in Baltimore demanding a full investigation into McCarrick's rise to power. The problem is two-thirds of these prelates want to keep silent.

Laity, therefore, are using petitions to make known their need for complicit bishops to step down in order to end the culture of silence that's allowing the crisis of clerical sex abuse to fester within the Church.

Below is a list of petitions with the approximate number of lay signers asking specific prelates to reform or resign:

And these are just the tip of the iceberg. A statement by Catholic signatories demanding mass resignations of U.S. bishops complicit in covering for clerical sex abuse has now garnered some 5,000 signatures.

This isn't counting the bishops being asked to step down for other abuses of authority and misdeeds such as Bp. Michael Olson of Fort Worth, Texas.

Fort Worth Catholics are petitioning the Vatican to remove Olson as bishop owing to the following list of grievances:

Olson's abuses of authority, while not directly related to clerical sex abuse, are nonetheless all too common and Catholics are fed up with bad shepherds and ready to take action. Local bishops under fire by laity for abuse of power include:
To assist laity in taking action against corrupt clergy, Church Militant has launched Action Arm that connects whistleblowers from various dioceses with former law enforcement officials, who are able and willing to develop cases of legal malfeasance committed by clerics and turn it over to local lawmen for prosecution.
They'll also monitor each case in order to see that current law enforcement do their job and prosecute criminal clergy.
Nearly 20 states have now launched probes into clerical sex abuse, and rumors are being heard of a so-called federal RICO investigation involving federal law enforcement looking into the organization of corruption between U.S. dioceses. Laity, therefore, within each diocese and also within law enforcement are acting together to expose and prosecute the misdeeds of Church leaders as God ultimately uses them to clean up the corruption in His Church.
Archbishop Fulton Sheen prophesied that one day the laity would be God's chosen instrument that He would use to save His Catholic Church. As the crisis was well underway in the Church, Abp. Sheen heralded the ever-increasing role of the laity in 1972: 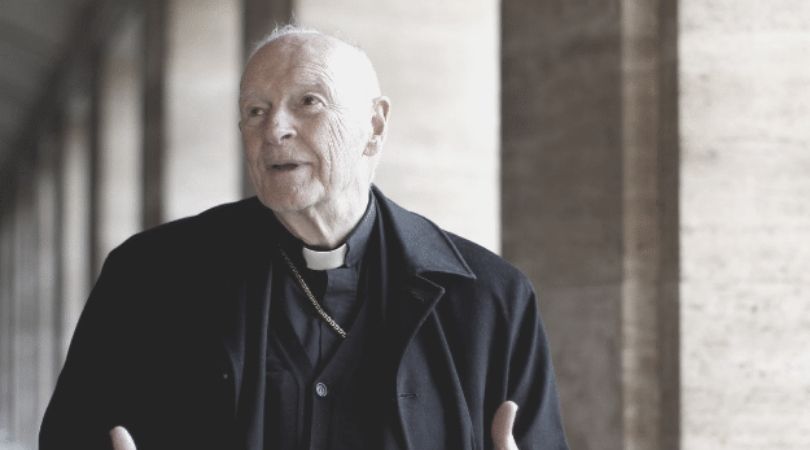