For almost a year, 71-year-old Fr. François-Jérôme Leroy has been living under the shadow of an accusation of pedophilia that has forced him from his home and prevented him from working as the manager of a charity. On March 6, a French court vindicated him and sentenced his accusers to a three-month suspended prison sentence in a move to dissuade others from making false reports.

In March of 2018, Jean-Louis and Marie-Jeanne Martin wrote a letter to Châlons Prosecutor Eric Virbel, Bp. François Touvet of Châlons and the Foyers de Charité at Baye alleging Fr. Leroy was guilty of "touching" their two teenaged grandsons and boys from four other families.

The Martin couple also cited scandalous rumors they had heard about Fr. Leroy over the past two years. The letter was sparked by a chance meeting between the boys and Fr. Leroy. While walking in town, they met the priest and he accompanied the boys to a chapel that was newly renovated and took a photo with them.

"We were concerned because of the rumors," Marie-Jeanne said. "He should have asked permission!"

Virbel launched an investigation and interviewed over 20 witnesses. No evidence was uncovered that pointed to sexual predation or any wrongdoing by Fr. Leroy; instead, they found evidence to suggest the Martins made up the story.

"It was just a way to get rid of Fr. Leroy with whom they were in a conflict," one witness said.

Free clip from CHURCH MILITANT Premium
WATCH MORE LIKE THIS
The Martins were disputing the cost for an apartment they were renting from Foyers de Charité, the charity managed by Fr. Leroy. They also wanted him to implement some security measures they felt were necessary. They accused him of failing to protect the residents.

"The 24 witnesses heard all denounced the accusations brought by the Martins," Virbel said. Quoting one of the witnesses, he said, "Their objective was to seek to dismiss Fr. Leroy of his duties."

He closed the investigation in the fall of 2018 but decided to restore Fr. Leroy's reputation when the priest filed a complaint against the Martins. The couple was charged with making a false report and went to court on Feb. 27.

During the trial, the Martins claimed their letter wasn't a false report but an awkward "call for help."

Jean Chevais, the lawyer for the couple, said the Martins are "practicing Christians" who acted "in good faith" and without the intent to harm. Chevais wants to appeal the judgment and said the couple was disgusted by the silence of the Catholic Church over the abuse of children.

"We said everything we heard," Jean-Louis said.

This discredits all other victims and the nobility of their fight.

Virbel argued that the couple failed to exercise good judgment and the humility needed to arrive at truth and justice. Reports noted that the Martins only appeared to show remorse when Virbel listed the charges against them.

LaCroix International noted during the trial, "Marie-Jeanne Martin shook her head rapidly, oscillating from left to right in a display ranging from incredulity to anger."

Chevais argued that it was Bp. Touvet that was responsible for making the allegations public, saying, "The report was not public and there was no intentions to cause harm."

After leaving the court, Marie-Jeanne said, "It's shameful."

Virbel brought charges against the Martins to discourage other fake victims from slandering others with false accusations. Speaking to L'Express, Virbel said, "This discredits all other victims and the nobility of their fight. We will only be able to protect them if false accusations are prevented."

Since the investigation began, Fr. Leroy has been living in exile at a retreat house and far removed from children. As part of the reparations and to help restore Fr. Leroy's reputation, Virbel ordered the court's judgment to be publicly displayed in the Baye town hall for two months starting on March 13.

In addition to the suspended prison sentence, the Martins were each fined 500 euros for filing a false report and were ordered to pay Fr. Leroy a symbolic Euro as restitution. 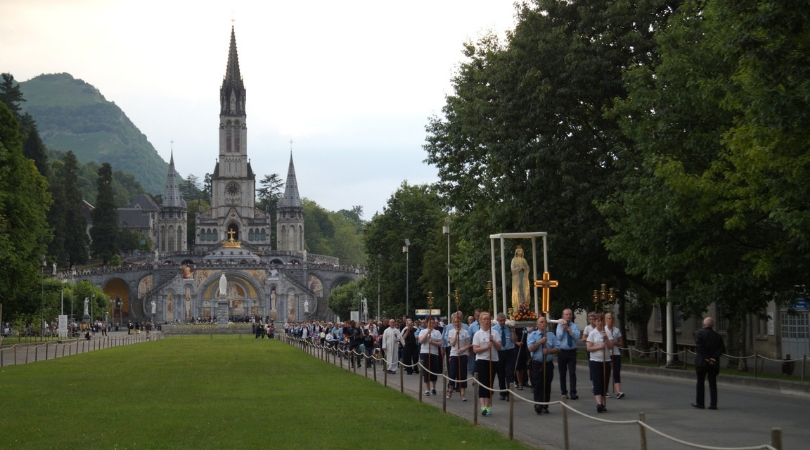