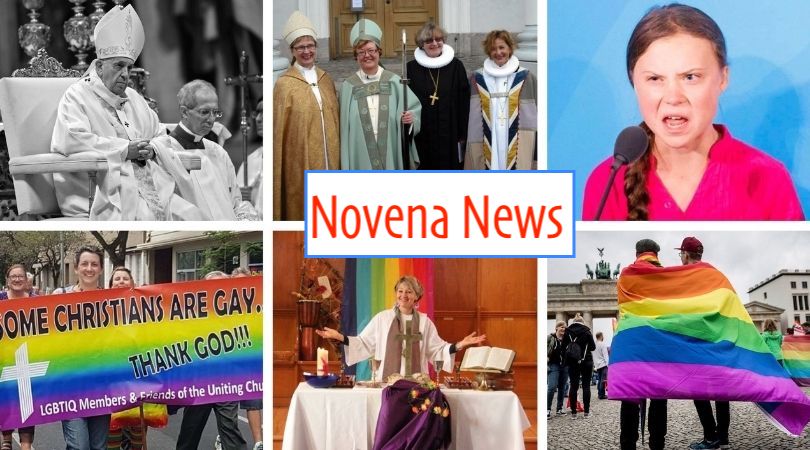 Novena News, which was born with "the goal of becoming a world-leading source for news on religion in Europe and beyond as well as a mouthpiece for the most authentic reforming currents in the Catholic Church," shut its operations Nov. 30.

"Unfortunately, today that dream comes to an end for us," editor Cameron Doody said, lamenting that "the COVID-19 crisis has hit us hard, and after months of holding on and seeing the light flicker and fade at the end of the tunnel, we've made the difficult decision to cease publication, effective immediately."

"There are many in the Church today fighting for the same causes of Catholic reform, accountability, inclusion, solidarity, social justice, co-responsibility and the like that we have fought for and who have inspired us, and whom we look forward to following in the future," he wrote in the media's obituary.

A landmark 2016 study on church growth comparing the traits of growing and declining mainline Protestant churches concluded that "theological conservatism" is a "significant predictor of growth."

Sociologists and church growth specialists have since regarded the Canadian study, "Theology Matters," as a template and reached similar conclusions, namely, "adherence to conservative theology is the root cause of growth" for churches or Christian organizations.

In his book The Triumph of Faith: Why the World Is More Religious Than Ever, eminent sociologist of religion Rodney Stark explored how most Christians reject the "radical political views" of left-wing clergy, theologians and writers. He found that in a competing "religious marketplace" they discover "many appealing alternatives available."

Novena News' most recent stories include a series on "would-be female archbishop" Anne Soupa and her seven French Catholic feminist "apostles," who gave their resumés to the pope's ambassador in Paris "with the hope of serving in the Church in the roles of preacher, deacon, priest, bishop and nuncio — ministries traditionally reserved only for men."

"The Church managed to backflip on its historical support for slavery. So why does it continue to fetter women by barring them from ordination?" Doody and co-author Mada Jurado asked in a book review of What they don't teach you in Catholic college: Women in the priesthood and the mind of Christ.

Adherence to conservative theology is the root cause of growth for churches.

At a highly-accessible 213 pages, including copious references, index, author biography and three appendices bringing together all the recent papal 'noes' to female priests, a timeline of the women's ordination movement and a rather problematic section on "the genetic basis of gender roles" (more on that below), it is a must-read for both supporters and critics of women in the priesthood.

The leftist media outlet is also assuring its readers that Joe Biden "as second Catholic president offers the Church a way past the culture wars."

"I believe this moment provides an opportunity to promote the diversity of Catholic social teaching rather than seeing it through the preeminent, singular lens of abortion," a guest contributor wrote in a Novena opinion piece.

A day before it downed its shutters, Novena ran a story headlined "Gay man rejected by Jesuits: 'The God who loves me is not the sole property of a Church that rejects LGBTQ people,'" defending homosexual Benjamin Brenkert, who was rejected by the Jesuits after 10 years of formation.

I believe this moment provides an opportunity to promote the diversity of Catholic social teaching rather than seeing it through the preeminent, singular lens of abortion.

"What makes Brenkert's story special is that he was always open with the Jesuits about his sexuality and about his desire to be the first openly gay Jesuit priest in good standing," wrote Novena's editor Doody.

A month after a jihadi attack in Nice's Notre-Dame Basilica killed three Catholics, Novena ran a story on "research" that posited that investing in interfaith dialogue could successfully combat religiously motivated violence.

Doody hopes to keep "the bare bones of Novena online at least for the foreseeable future, with the hope that others may be able to make use of the information that we have worked so hard to report." 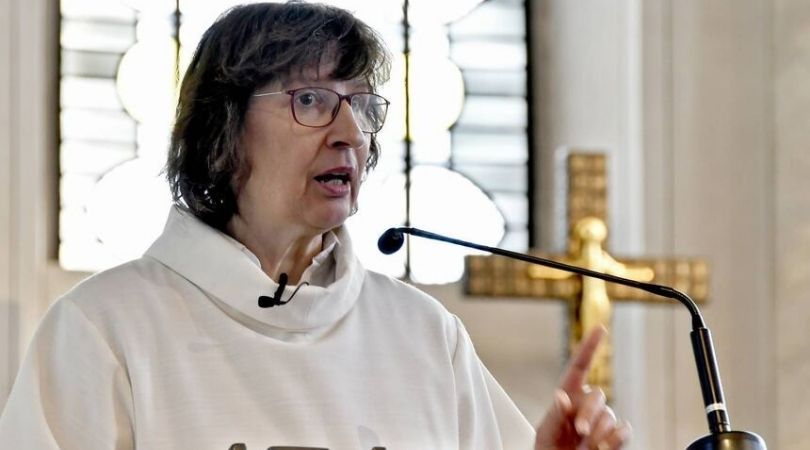