In a surprise announcement, the FBI is re-opening its investigation into Hillary Clinton's use of a private email account during her tenure as Secretary of State.

A Friday letter from FBI director James Comey stated that "due to recent developments," in particular "the existence of emails that appear to be pertinent to the investigation," he had decided to re-open the case.

Addressed to the heads of various congressional committees, he wrote, "I agreed that the FBI should take appropriate investigative steps designed to allow investigators to review these emails to determine whether they contain classified information, as well as to assess their importance to our investigation."

Fox News reported that according to an FBI source, the new emails were discovered during a sexting investigation of Anthony Weiner, husband of top, longtime Hillary Clinton aide Huma Abedin. 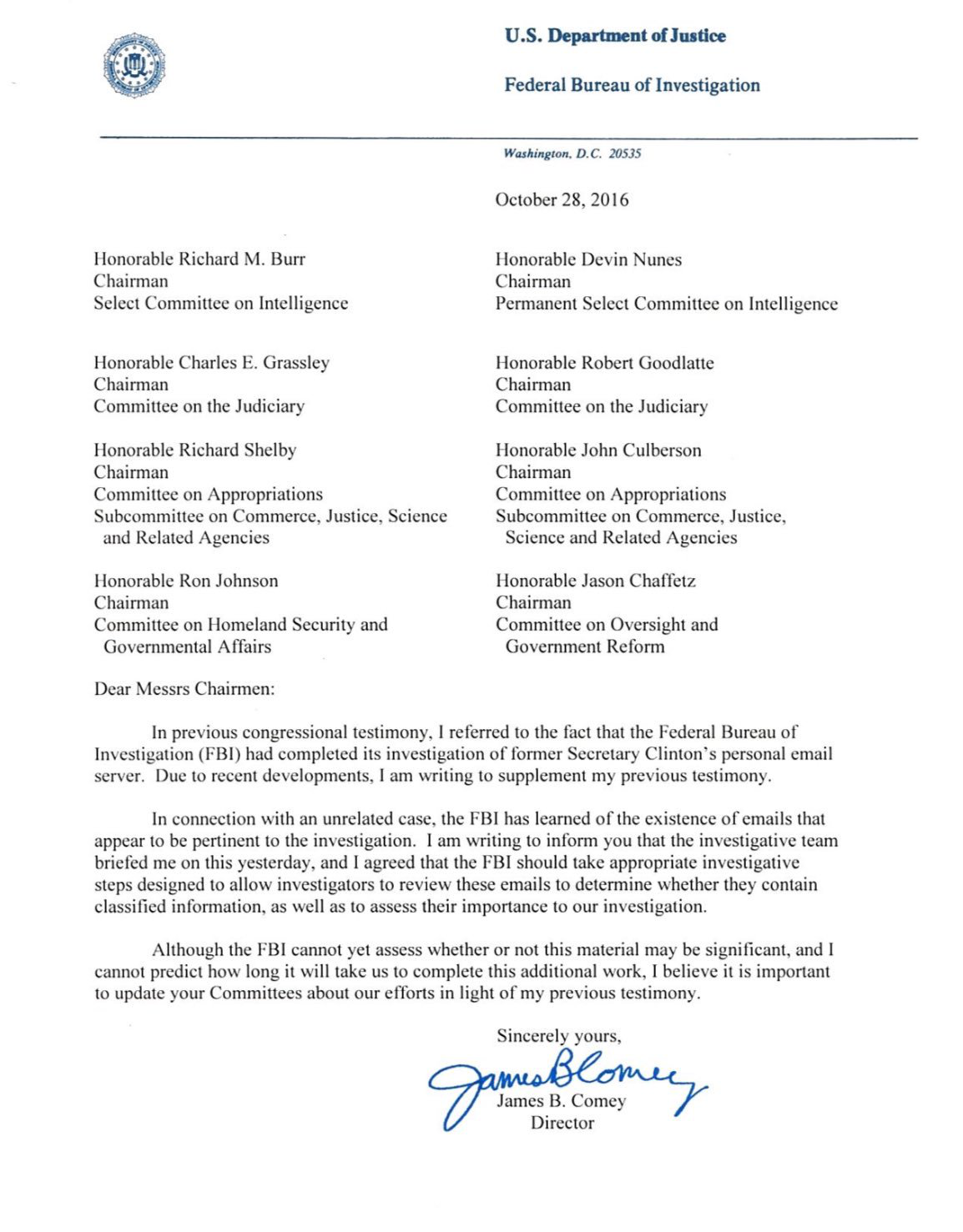 "Donald Trump and his Republican allies have been baselessly second-guessing the FBI and, in both public and private, browbeating the career officials there to revisit their conclusion in a desperate attempt to harm Hillary Clinton’s presidential campaign," Podesta complained.

"It is extraordinary that we would see something like this just 11 days out from a presidential election," he observed.

Speaker of the House Paul Ryan also tweeted a statement in response. 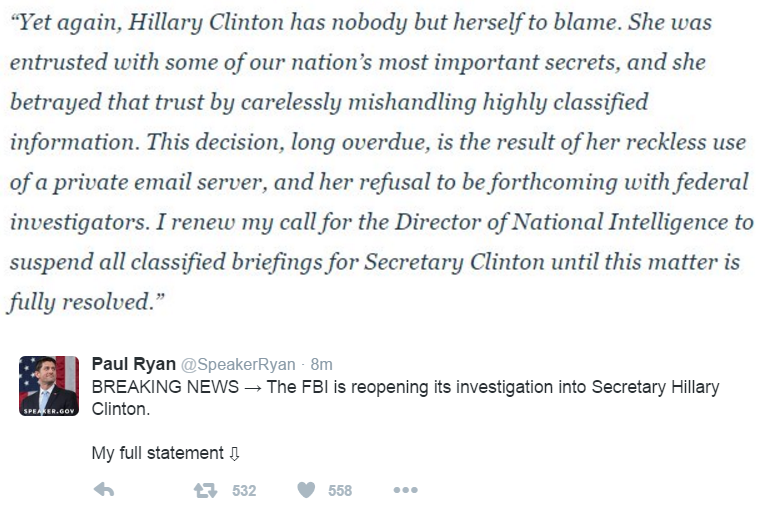 In a speech given in Manchester, New Hampshire, Republican nominee Donald Trump commented on the announcement to a cheering crowd.

"I have great respect for the Department of Justice and the FBI for righting the wrong that they have made," he said, to wild applause. "Perhaps finally justice will be done."

"It might not be as rigged as we thought," he added. "I think they're going to right the ship."

Mike Pence, Trump's running mate, issued a tweet at 2:49 pm EST demanding that the FBI release all emails relevant to the case. 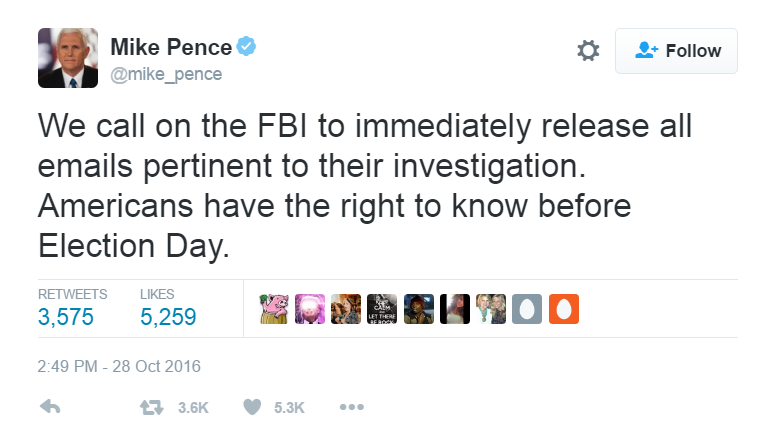 House Judiciary Committee Chairman Bob Goodlatte (R-Va.) later released a statement praising the move on the part of the FBI:

The FBI's decision to reopen its investigation into Secretary Clinton reinforces what the House Judiciary Committee has been saying for months: the more we learn about Secretary Clinton's use of a private email server, the clearer it becomes that she and her associates committed wrongdoing and jeopardized national security.

Now that the FBI has reopened the matter, it must conduct the investigation with impartiality and thoroughness. The American people deserve no less and no one should be above the law.