SEATTLE (ChurchMilitant.com) - The National Science Foundation (NSF), a U.S. federal government agency, is giving a $1 million grant to a University of Washington psychologist for the study of so-called transgender children, the NSF announced April 12.

In an article for The Federalist in August of 2017, Julie Kelly said of the TransYouth project:

Set aside for a moment the utterly ridiculous idea that a child who is just learning to use the bathroom, spell his name and the days of the week would qualify for this project. It is far too early to reach any scientific conclusions about transgender children.

In June 2017, Church Militant reported on the suicide of a 13-year-old girl suffering from gender dysphoria after her parents, Erin and Matt Georgia, allowed her to identify and present herself as a boy.

Jane Marie Georgia was allowed to begin her "transition" in sixth grade, changing her name to "Jay Griffin."

The parents found their daughter dead in her bedroom on May 25. In the months leading up to her death, she had been placed on medications for anxiety and depression.

In 2016, the American College of Pediatricians put out a statement that said in plain words, "Conditioning children into believing a lifetime of chemical and surgical impersonation of the opposite sex is normal and healthful is child abuse."

The pediatric organization went on to explain that children's feelings about their identity do not indicate that they are truly whatever sex they claim to belong to. "No one is born with an awareness of themselves as male or female," the group stated. "This awareness develops over time and like all developmental processes may be derailed by a child's subjective perceptions, relationships and adverse experiences from infancy forward."

Adult survivors of transgenderism have come forward to share their stories, however, a major video platform has dumped 800 videos belonging to David Kyle Foster's Pure Passion Media for telling those stories of ex-gays and ex-transgenders.

In 2016, Church Militant reported on comments made by Pope Francis denouncing gender ideology:

And one of these — I will call it clearly by its name — is [the ideology of] 'gender.' Today, children — children! — are taught in school that everyone can choose his or her sex. Why are they teaching this? Because the books are provided by the persons and institutions that give ... money. These forms of ideological colonization are also supported by influential countries. And this is terrible!

The Holy Father continued, "God created man and woman; God created the world in a certain way ... and we are doing the exact opposite."

Pope Benedict XVI has also criticized transgenderism, saying, "The profound falsehood of this theory [of transgenderism] — and of the anthropological revolution contained within it — is obvious." 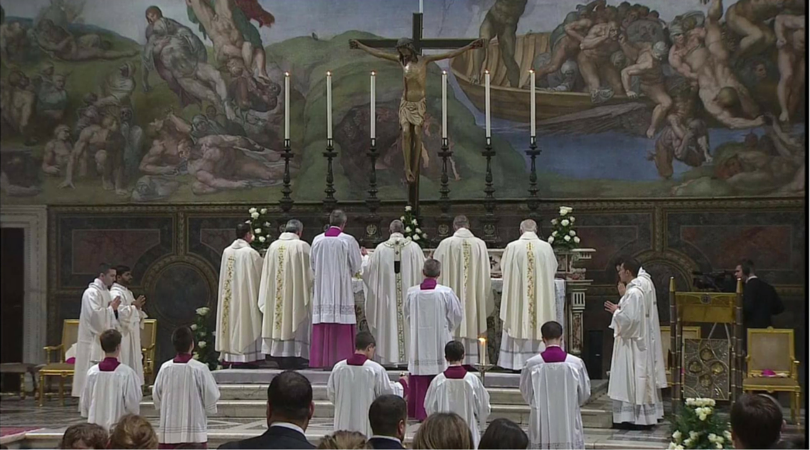