SAGINAW, Mich. (ChurchMilitant.com) - A sex abuse victim is filing a federal lawsuit accusing the Saginaw diocese and Bp. Joseph Cistone of a cover-up.

According to the complaint, Linden v. Saginaw, filed Monday in the U.S. District Court for the Eastern District of Michigan, John Doe — the 17-year-old male victim — alleges that he was the victim not only of Fr. Robert DeLand (arrested for sexual assault) but also of Bp. Cistone and the Saginaw diocese, who knew about DeLand's criminal behavior but did little to address it.

The priest allegedly called or texted the boy 17–20 times a day.

The priest "requested that John Doe obtain drugs, i.e., ecstasy, so they could party together," the complaint states. It goes on to claim that at the condo, DeLand engaged in "groping and fondling his crotch and buttocks," after which John Doe fled.

The priest's actions led to his arrest for sexual assault the next day. DeLand is being charged with three felonies involving sexual misconduct and gross indecency.

In addition to DeLand, Bp. Cistone and the Saginaw diocese are named as defendants in the federal suit, and are accused of the following:

DeLand is judicial vicar for the Saginaw diocese, and sits on the marriage tribunal as well as on the board of priest personnel. A priest for 45 years, the 71-year-old has been placed on administrative leave since his arrest.

The criminal probe has since widened to include multiple clergy. The Saginaw prosecutor's office announced last week it was launching "a special investigative team" to look into "allegations of abuse involving officials within the Catholic Diocese of Saginaw."

"We have 20–30 credible allegations of abuse," Mark Gaertner, prosecutor for Saginaw County, told Church Militant. "We're getting more reports about possible other priests being involved in this activity."

Tips also claim DeLand's abuse goes back 30 years. "Since those charges were issued, police agencies have received a number of tips regarding alleged abuse that stretch from the 1970s to present day," Gaertner said in a press release earlier this month.

Bishop Cistone has a history of covering up sex abuse. When he was a chancery official in Philadelphia, a 2005 grand jury report claims he silenced a nun who tried to report priestly abuse, helped ensure that a known sex abuser be made Cdl. Anthony Bevilacqua's speechwriter, and agreed to keep multiple sex-abusing priests at their parish assignments, including one known for sadistic behavior, including whipping and pricking boys with pins until they bled. The priests were eventually suspended or defrocked for sex abuse.

In spite of the Saginaw diocese's public declaration that it is "fully cooperating" with the current investigation, inside sources claim diocesan staff are refusing to answer a number of questions.

We're going to follow the evidence where it takes us. Nothing and nobody is going to stop where we go with this.

"We're going to follow the evidence where it takes us," Gaertner told Church Militant. "Nothing and nobody is going to stop where we go with this."

The prosecutor is encouraging those with credible information to contact the office with their tips. People with information on abuse in Saginaw Township may call Det. Scott Jackson at (989) 791-7226, while those in Tittabawassee Township are asked to call Detective Brian Berg at (989) 695- 9623. Information on other areas can call Michigan State Police Detective Sgt. Chris Siegert at (989) 495-5555.

Tips can also be emailed to abusetips@saginawcounty.com. 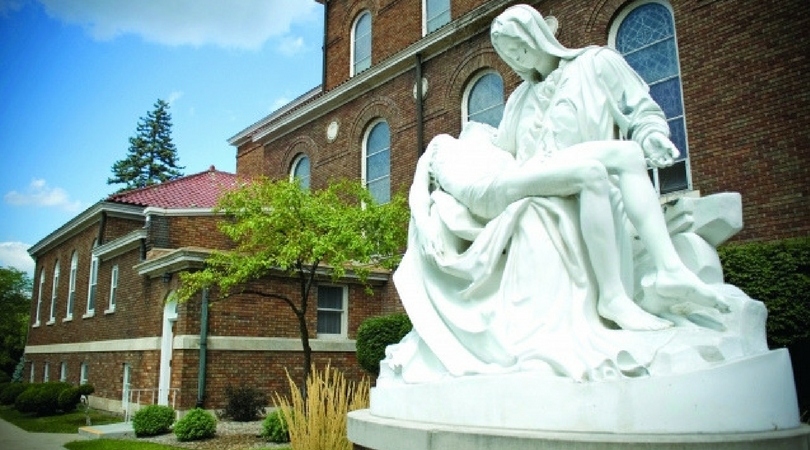