Felons Voting From Jail — Why Sanders Is Dead Wrong

Dr. Alan Keyes: Rights are not merely freedoms to do wrong

Bernie Sanders is proposing that we allow felons to vote in our elections, even from behind bars. People will immediately begin to talk as if this involves making judgments about individual felons and about their crimes and so forth. In fact, the suggestion shows that Bernie Sanders, like all the socialists, has an entirely different understanding of government than the one on which our constitution is based.

He is suggesting that convicted felons be allowed to vote while they are in prison. This subverts the premises for civil society (the body politic) on which the survival of the U.S. Constitution depends.

But, in order to see that this is so, you must have serious regard for the premises of just government from which the Constitution derives.

Those premises as set forth in the Declaration of Independence make two things clear. The purpose of government is to secure God-endowed unalienable rights as they come from the hand of the creator to all human beings, and the body politic consists of the presumptively innocent people who inhabit the society, not those who have been convicted of wrongdoing that gives evidence of a disposition to do wrong instead of right.

Many people have been purposely misled to believe that rights are simply freedoms, without regard to the commitment to do right.

Of course, these days, many people have been purposely misled to believe that rights are simply freedoms, without regard to the commitment to do right. They would, therefore, include the freedom to do wrong, if that pleases or benefits you. But if this were true, why do we call them rights? We can't say that they are called rights because the law allows us to do wrong, since that defeats the purpose of lawful government, which is secure right.

Nor can we say that right is whatever some superior power says it is at the moment, since the premise of our body politic is that rights exist by the endowment of God to all human beings. This is what the representatives of the people of the United States declared when, on behalf of the people, they asserted the claim that Americans are entitled to govern themselves by dint of "the laws of nature and of nature's God."

In consonance with this, the rights referred to in the declaration are said to be "God-endowed." At a common sense level, most of us understand that an endowment is the expression of someone's will to give some object or wherewithal to another human being, according to terms laid out in the written expression of his or her will.

The written expression of God's will is, as we have good reason to know in our times, found in concrete form in the information that constitutes and maintains our individual bodies, the information that allows us to exist in the first place. As a result of that information, we have the power to do certain things, understand certain things and feel and recognize within ourselves certain inclinations or desires. We also have some power to choose what we will do as a result.

When we act according to the information of our bodies, including, of course, its rational faculties, we may carry out God's will. We conform our actions to the dictates or commands expressed therein, as conveyed to us in the routines or programs that actuate the material substances from which we are made.

This conformity of action to the will of God is clearly what the Declaration of Independence means when it refers to rights. The exercise of rights, therefore, involves activities that are right according to God's will, in light of the rational faculties with which we may understand and follow it. When people act against God's will, they violate its terms. It makes no sense to say they are doing right when they are found to be guilty of doing wrong.

This is why, in the Declaration of Independence, the representatives who approved the declaration clearly state that they act on behalf of "the good people of these colonies." People who read the declaration superficially may think that this phrase is simply some form of excessive courtesy or politeness.

In fact, it is a description of the nature of the body politic, for it consists of those who have acted on the willingness to exercise the right, as endowed by God, i.e., according to His will. This covenant in respect of God's will is what brings them together as one body.

The body politic is thus comprised of right doers, not wrongdoers. Individuals who do wrong, by that act, withdraw from the body politic. They are not exercising right, they are doing wrong. As individuals, they cease to be part of the good people of the United States.

By thus revealing their disposition to do wrong, they announce their withdrawal from its adherence to the common will that brings it into existence. In their action, they also make war against the goodwill that accounts for its existence. Thomas Hobbes (whose reasoning influenced the conceptual foundations of our nation) makes the persistent disposition to wrong others in this fashion the very definition of a state of war.

People disposed to do wrong cannot, therefore, be assumed to be committed to right doing. This is the fundamental reason why convicted felons are not allowed to vote. They have shown that they reject the disposition that identifies human persons willing to act in accordance with God's endowment of right; persons who are thereby presumptively entitled to share in making the decisions that determine the actions of the body politic in accordance with right and justice, once the natural development of their God-endowed rational faculties allows them to do so effectively.

People like Bernie Sanders ignore this prerequisite of citizenship. They believe that all human beings are entitled to participate in decision making for the body politic, simply because they have power, regardless of their disposition to use it for wrongdoing. For such power-mongers, the great judge of human action is the success or failure of willful human action.

Sanders and his would-be dictator ilk may wish to substitute the rule of force for the rule of the creator, God, but that is a revolution Americans are obliged to fight.

That's why they talk of the outcome of history — the account of the material success or failure of human endeavors — as the ultimate arbiter of right, even if people do great evil in order to achieve success. Though this is the morally obtuse sense of justice the socialist ideologues promote, it has nothing to do with the founding premises of the United States, or the Constitution its people established to govern themselves.

By definition, people who break the law are not doing what's right. They are wrongdoers. But, though Bernie Sanders calls the responsibility of voting a "right," he contradicts the meaning of the word when he asserts that people convicted of wrongdoing still have that right.

They threw it away when they chose to carry out wrongful actions that contradict the name. In the context of a government of laws established in view of God's endowment of right, it makes no sense to say that action that ignores the terms of that endowment (the laws of nature and nature's God) is right.

Sanders and his would-be dictator ilk may wish to substitute the rule of force for the rule of the creator, God, but that is a revolution Americans are obliged to fight, just as the generation that founded our nation fought against it. If we fail to do so, every bit of life and treasure sacrificed in defense of God-endowed right — whether to erect liberty or end enslavement; assert decent equality or defend the privileges of decent conscience against suppression, has been given in vain. 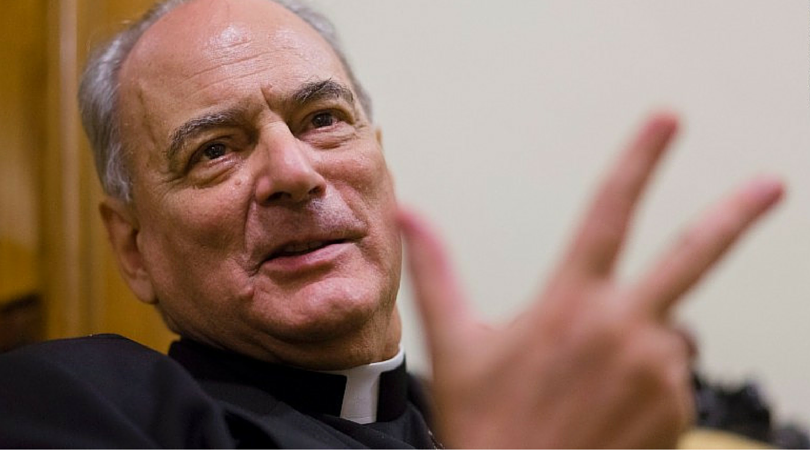