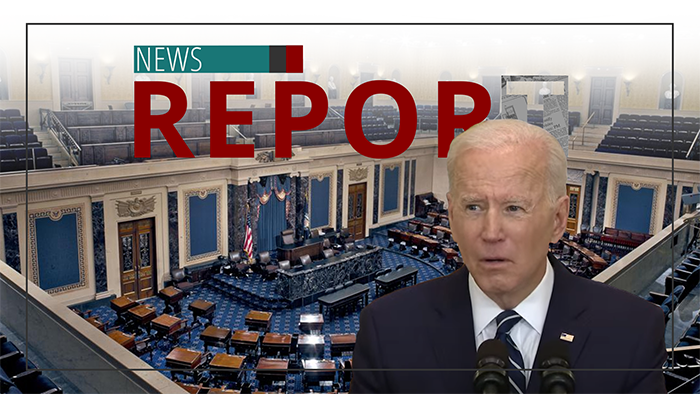 The Party of Death is now claiming Republicans are trying hard to suppress voter rights. Because of this, they say, the filibuster upholds racism and must go in order to protect voters.

This message is coming straight from the top, with Joe Biden taking aim at Georgia's new voter integrity law at Thursday's press conference.

Joe Biden: "What I'm worried about is how un-American this whole initiative is. It's sick. It's sick."

Biden didn't address how Georgia's law keeps illegal immigrants and dead people from voting. Instead, he focused on one regulation that will shield voters from those who stump for candidates at the polls. Biden's feigned outrage expressed concern people might become dehydrated as they wait in line to vote.

Biden: "In some states you cannot bring water to people standing in line, waiting to vote?"

Apparently, other Democrats got the same talking points memo.

Al Sharpton: "Giving people misdemeanors for passing out water on lines of voters."

Not to be outdone, Georgia Democrat state Senate Minority Leader Gloria Butler brought in proverbial grandma to attack the law, saying quote: "They want to make it a crime to bring grandma some water while she's waiting in line."

Butler also told PBS many of the provisions made for the controversial 2020 election were positive, including drop boxes, known to be easy targets for ballot stuffing.

Sen. Butler: "Put the ballot boxes back out. Don't put them inside. Leave them outside where people can easily get to them."

The Luciferian media assisted Biden in forwarding the narrative that the filibuster is racist.

Journalist: "At John Lewis' funeral, President Barack Obama said he believed the filibuster was a relic of the Jim Crow era. Do you agree?"

And of course, according to Sharpton, if you vote against ending the filibuster, you're racist.

Sharpton: "This is a tool of segregation ... as a way to block the Senate and block the Congress from giving fair and equal rights to Black people and other people of color."

Linking the filibuster with racism will put pressure on U.S. senators to conform. And with Dems holding power in both the White House and Congress, they'd be able to overrun state's laws to open borders, codify abortion, and force Christians to choose between conscience and moral truth.