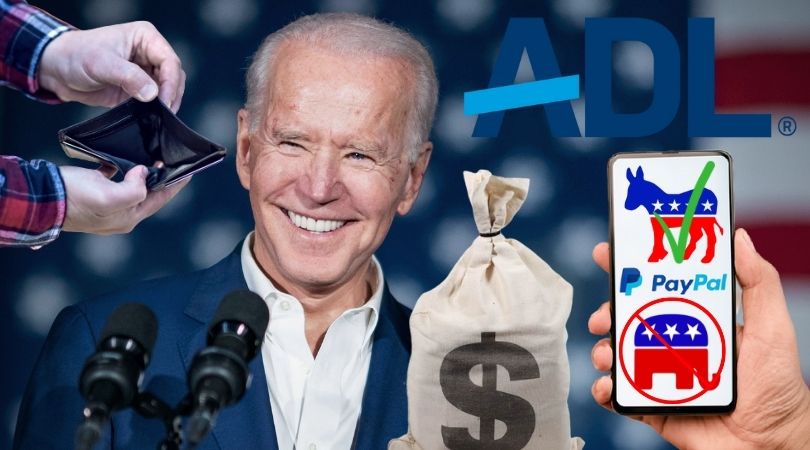 Marxists have infiltrated all branches of the U.S. government, the education system, the media and the Catholic hierarchy. Right now, there is no aspect of public and Church life that isn't poisoned by the curse of Karl Marx's demonic ideology.

The last four years have been an awakening for many people of goodwill, inspiring them to become more active in political matters. But it has also shown the massive moral rift among Americans.

The swamp brazenly stole a presidential election right in front of a nation of 331 million people. The steal was perpetrated by morally compromised collaborators and a population of people who were just fine with it — because "orange man bad."

Now, the cultural Marxists who have spent decades cementing their power will hold on to it with an iron grip.

The same people who scoffed at the moral, political and economic doctrines of the past are now demanding everyone bow to their doctrines — and no dissent is tolerated.

Their schedule is now accelerating and there's no indication they will slow down. Just today, payment processor PayPal partnered with the Anti-Defamation League (ADL) to "fight extremism and hate through the financial industry and across at-risk communities."

The ADL's press release claims "intelligence" will be gathered and "shared broadly across the financial industry and with policymakers and law enforcement."

In June, the White House declared domestic terrorism to be one of the greatest threats against the United States.

Of course, the Democrat-run Biden administration is not referring to the more than two billion dollars of damage that is the fruit of racist Black Lives Matter rioting and property destruction. It's not talking about the nearly unceasing Antifa rioting, harassment and destruction of city, state and federal law enforcement property.

The "threat" is white patriots, who know exactly what the Marxists are up to. A White House fact sheet describes two of the "most lethal elements of today's domestic terrorism." The first is "racially or ethnically motivated violent extremists who advocate for the superiority of the White race."

This is not addressing actual White supremacists, who are so few in number and weak in influence that they don't have any pull in political or cultural matters. And from what has been revealed about the Federal Bureau of Investigation's complicity in so-called domestic terrorist plots, the problem is not a few fringe groups.

Leftists spent the entire Trump presidency claiming "words are violence" in an effort to justify outright violence against conservatives. But to them, violence and hate are saying things like "marriage is between a man and a woman," "abortion is murder" and "nobody can switch genders" (even if they take hormones or cut off their genitals).

Despite these statements being as true today as they were 50 years ago, the Marxists punish dissent from their doctrines as if it were actual physical violence. People who believe the above statements have been labeled "extremists" by bad Catholic Joe Biden.

Conservatives will have to face the reality more and more that simply believing and speaking the truth will put a target on them.

Conservatives will have to face the reality more and more that simply believing and speaking the truth will put a target on them. That target may be drawn by the feds, by hostile woke corporations, by Antifa or BLM activists or even by their own neighbors.