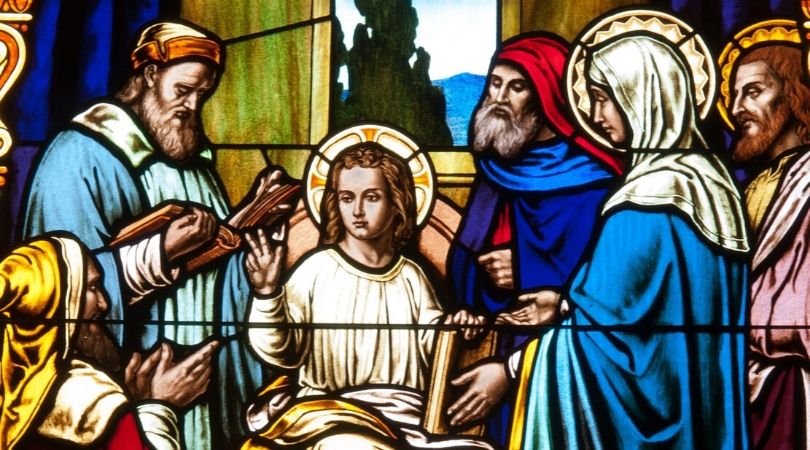 Our Lady, Star of the Sea, will light the way

You pause for a moment to reflect on the almost dizzying amount of perversion, greed, theft, heresy, apostasy and sheer evil emanating from the Eternal City these days. Your attention is particularly drawn to the at-first-glance bizarre way in which the Vatican has simultaneously embraced Islam and pagan idolatry. But then, recalling the all-out assault on the Incarnation, you realize that these supposedly mortal enemies are united in their denial of the divinity and salvific mission of Jesus Christ. 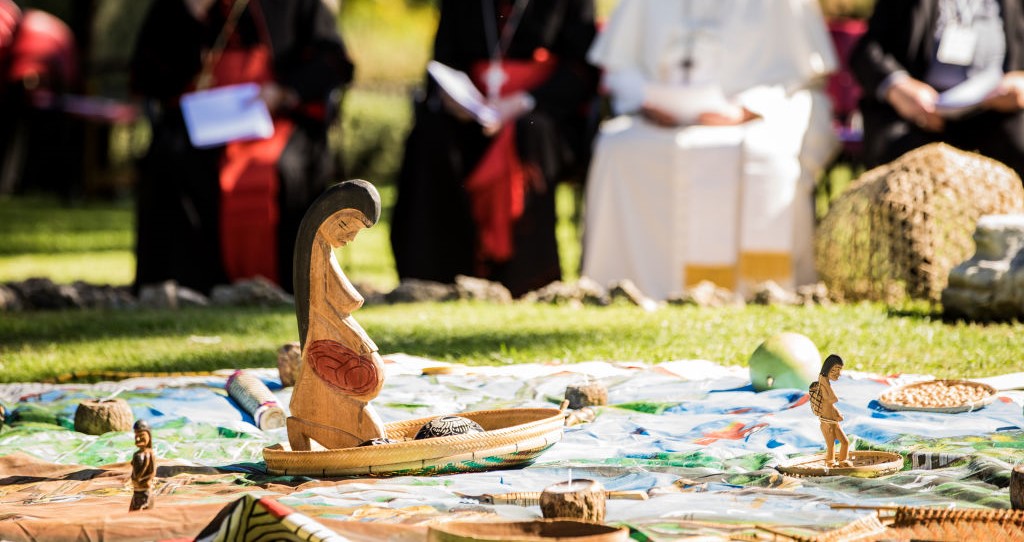 The New Ark of Human Fraternity has room for everyone, provided that they reject Jesus as the only name under Heaven given to men whereby we must be saved. You recognize that this may explain why recent Vatican documents and spokespeople minimize His presence or fail to mention Him altogether, and astutely recall who else is allergic to the Most Holy Name of Jesus and advise those still wondering to ask an exorcist.

The Antichurch has had its coming-out party.

You see plainly that things are speeding up, exponentially. The Antichurch has had its coming-out party, and now it's ready to finish off the Church and be done with the rigid Nazarene once and for all. (That holm oak they planted at their pagan idol worship service? Not only was a holm oak the tree on which Our Lady landed at Fatima, it is traditionally regarded as having provided the Crown of Thorns and the wood of the Cross.)

Of course, you know that Antichurch and the forces of evil will ultimately fail, indeed, have already been defeated. But you also know that souls are at stake — millions upon millions of souls who are at serious risk of spending all eternity in Hell, perhaps among them your own family or friends.

You suspect they're going to abolish the Holy Sacrifice of the Mass, in some places by shutting down churches (or transforming them into venues for demonic light shows and general sacrilege), in others by mutilating the liturgy even further so that consecration definitively no longer takes place. They will proceed at breakneck speed to demolish anything that reminds people of truth and the moral law, be it religious orders or educational institutes, all the while integrating themselves ever further into the New World Order.

You have also observed the sudden cozying up to the Muslim world — the Abu Dhabi document, the recent consistory's emphasis on Islamic experts, the appointment of pro-Islam bishops in France, the relentless advocacy for migration (including mass Muslim migration into Europe). Having rejected Christ, is Antichurch looking for, preparing for, its new savior (hypothetically speaking)?

Mary: The Only Safe Haven

Faced with the imminent betrayal of the mystical body of Christ by Judas, you realize there is no way anybody will get through this final Passover of the Church without divine help. There is no amount of prepping that can save you from it. It will be a chastisement of a magnitude never before seen — the fire prophesied to fall from the sky.

There is one and only one way you can be assured of making it through this with your soul intact, and that is devotion to the Immaculate Heart of Mary.

There is only one way you can be assured of making it through this with your soul intact, and that is devotion to the Immaculate Heart of Mary.

Amidst the diabolical efforts of Antichurch and eventually Antichrist to erase Jesus and His Church, efforts that will for a time appear to have succeeded, the Blessed Mother — who crushes the head of the serpent with her heel — will bring you safely to her Son.

This is her vocation, and she will continue to fulfill it perfectly. You recall that she promised as much at Fatima ("My Immaculate Heart shall be your refuge and the way that will lead you to God"), and again at Akita ("Those who place their confidence in me will be saved").

Hypothetical or not, you realize you need to start praying your Rosary every day as if your eternal salvation depends on it — because it very well might. You're pretty sure you have a brown scapular, and if it's not around your neck, you risk failing the final exam. The First Saturdays devotion? Better do that while you can still go to Mass; plus, it's a good way to connect with other pious Catholics and build trust in case the Church goes underground (just ask the Chinese).

Above all, if you want to graduate so that you can not only save your own soul but also help to save others, you need to complete the capstone assignment as soon as possible: Total Consecration to Jesus through Mary. It occurs to you that just as nine months after the Annunciation is Christmas, nine months after the Oct. 16 founding of the Militia of the Immaculata is July 16 — the feast of Our Lady of Mt. Carmel, who appeared at Fatima and to whom it belongs to defeat the Antichurch.

Amidst the present and coming darkness, on Good Friday and Holy Saturday, Our Lady, Star of the Sea, will light the way. The feast day of Our Lady of Good Success, Feb. 2 (the Presentation of Our Lord in the Temple and Candlemas), reminds you powerfully that the Blessed Mother will bring Jesus once again into His Church.

It's going to be epic; you won't want to miss it! Is there anything else you should do?

Wrapping up our conversation, I respond that you have an excellent list. In fact, that's your homework! Let me help you get started on it. If you want to make the Total Consecration using the 33-day methods of St. Louis de Montfort or Fr. Michael Gaitley, begin on Nov. 29, finish the preparation on Dec. 31, and make the Act of Total Consecration on Jan. 1 — the Solemnity of Mary, Mother of God.

Our Lady, Star of the Sea, will light the way.

Finally, let me issue a special plea to cardinals, bishops, priests and seminarians. As shepherds of the Church, as our current and future spiritual fathers, we need you to anchor yourselves to the Blessed Mother for this war to end all wars. As a lay Catholic woman, I don't want an ordained ministry; I want you to fulfill the duties of yours! Wear the cassock — a sign of your consecration.

As Jesus disappears from public life and increasingly from the Church, we need each of you to be a visible alter Christus. Total Consecration, the ultimate Marian devotion, is for warriors! All Catholics are called to it, men and women alike, and you foremost among us, for you are His chosen souls and her priest sons. Our Lady, Queen and Mother of the clergy, asks this of you and has been doing so for decades. Time's up. Do not delay!

No person or power on earth can hide Jesus from His Mother. Find her, lead others to her and you will find and lead others to Him. Ad Jesum per Mariam!

Kristine Kalanges, J.D. (Yale), Ph.D. (Georgetown), served on the faculties at American University and Notre Dame Law School before returning to the private sector in 2016. Her academic expertise is religion and global affairs.
--- Campaign 31877 --- 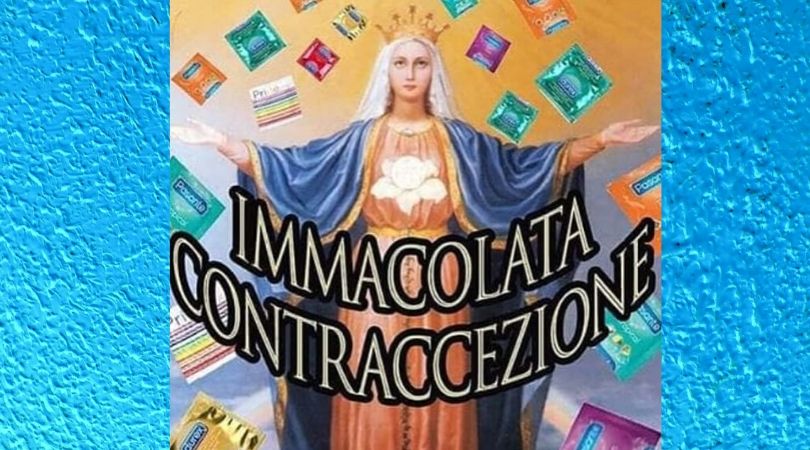 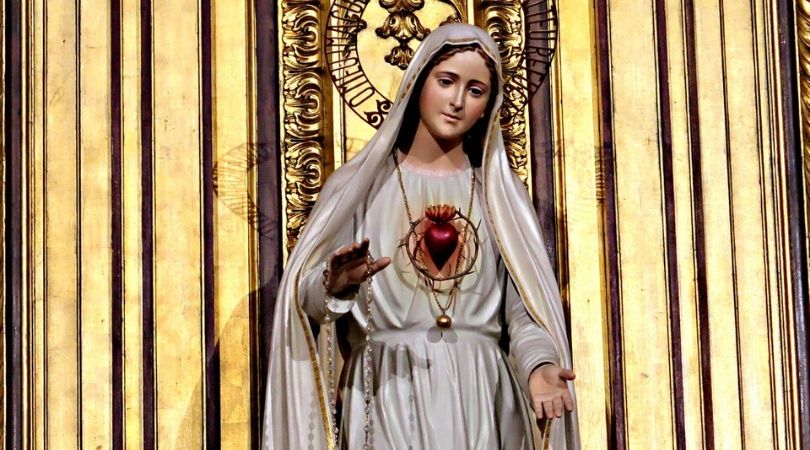 Satan’s Assault: No Match for the Mother of Mercy
By Church Militant   •   0