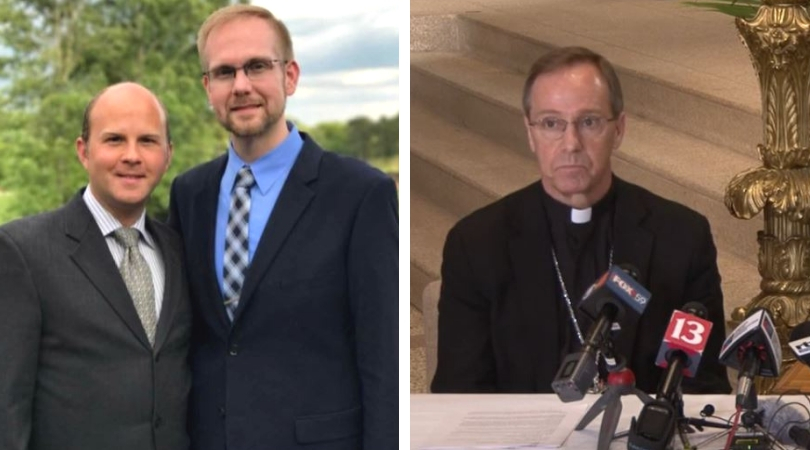 INDIANAPOLIS (ChurchMilitant.com) - A teacher at a Catholic high school who was fired for being in a same-sex "marriage" has now filed suit against the archdiocese of Indianapolis.

Joshua Payne-Elliott was a world languages and social studies teacher at Cathedral High School in Indianapolis. On June 23, the school's president, Robert Bridges, informed Payne-Elliot he was fired, on orders from the archdiocese, owing to the fact that he is in a homosexual "marriage."

Now, the former teacher filed suit on Wednesday in county court, accusing the archdiocese of discrimination and interfering with his employment contract.

Payne-Elliott additionally filed charges with the U.S. Equal Employment Opportunity Commission, claiming the archdiocese discriminated against him for his sexual orientation.

The Indianapolis archdiocese defended its stance in a statement on Wednesday:

Religious liberty, which is a hallmark of the U.S. Constitution and has been tested in the U.S. Supreme Court, acknowledges that religious organizations may define what conduct is not acceptable and contrary to the teachings of its religion, for its school leaders, guidance counselors, teachers and other ministers of the faith.

On Tuesday, Payne-Elliot's attorney announced reaching a confidential settlement with Cathedral High School. The fired teacher dropped all legal claims against the school, and the school said it will help him find new employment. It is unknown if there was also a monetary settlement.

The Indianapolis archdiocese, headed by Abp. Charles Thompson, tried to get Brebeuf to terminate Layton's contract in June. The school refused, so Abp. Thompson cut ties with the school by stripping it of the right to call itself a "Catholic" entity.

Both Joshua and Layton remained anonymous until earlier this week. Their self-identification was a bombshell, as it revealed that the two teachers involved in similar controversies are each other's gay partners — a fact previously unknown to the public.

Archbishop Thompson, along with the archdiocesan superintendent, Gina Fleming, addressed the two controversies in a press gathering on June 27.

At the press conference, Abp. Thompson noted that teachers and other employees of Catholic institutions are expected to give "ministerial witness" to the Catholic faith, which includes living in accord with Catholic moral teaching.

Fleming pointed out that the policy for teachers was not Abp. Thompson's invention, saying, "It was actually under Cdl. Joseph Tobin four years ago when ministerial language and contracts were first implemented in their current format."

"Prior to that," she continued, "there was language that certainly addressed the role as ministers of the faith for administrators, teachers, guidance counselors and other employees."

Our Catholic schools, it's important for all to note, that they are a ministry of our Catholic Church. They don't operate outside of the Catholic Church. So if we work for the Church, we certainly are expected to convey and be supportive of Church teachings — not only in our classrooms and our schools, but in the way we live our lives.

Fielding questions from reporters, Abp. Thompson replied to one question, "This isn't a witch-hunt. We don't go looking for these situations."

"This isn't about looking back and trying to find things in people's past," he said later. "That's not what this is about."

The archbishop explained that when scandalous "public situations" are brought to the archdiocese's attention, the first response is to try to "reconcile" the person with the Church.

He added, "There come moments, however, when we can only accompany people so far, before some sad, hard decisions have to be made."

Another Catholic school in the Indianapolis archdiocese, Roncalli High School, put a guidance counselor on leave in August 2018 who was legally "married" to another woman. Then, in March 2019, the school dismissed a different guidance counselor who was also in a lesbian civil union.

The two counselors have taken separate legal actions against both the Indianapolis archdiocese and Roncalli High School. 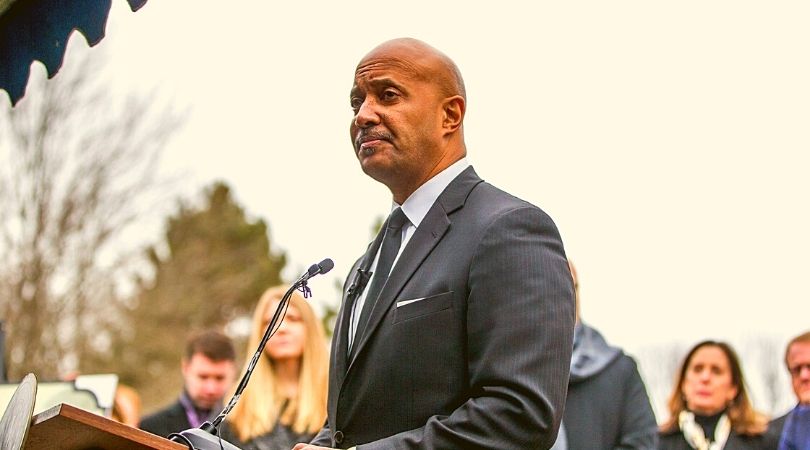