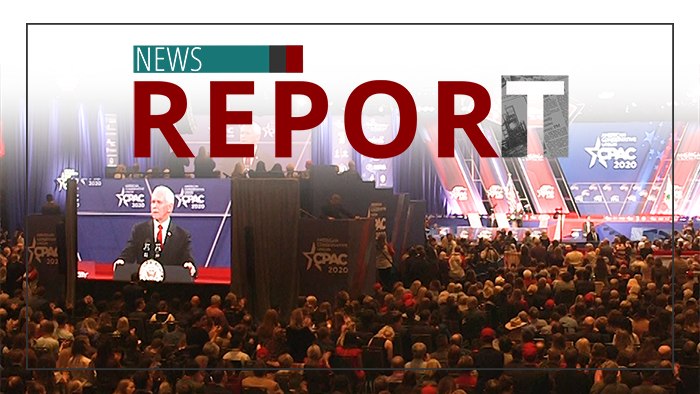 Vice President Mike Pence firing up the crowd at CPAC, touching on topics crucial to conservatives — but especially to Catholics.

Pence: "He made history by being the first president to attend the March for Life last month on the National Mall."

Pence: "As I stand here today, President Trump has already appointed more than 190 conservative judges at every level."

Also touching on the theme of this year's CPAC convention — America vs. Socialism — in light of Bernie Sanders' surge in the primaries.

Pence: "Socialism has failed everywhere it's been tried, in every era, on every continent and among every class of people."

In spite of the Left's best efforts to claim Democratic Socialism is compatible with Catholic social teaching, the economic system has been explicitly condemned by the Church for denying the rights of the family, trampling on private property, promoting class warfare and subverting the dignity of the human person to the rights of the state.

Pence: "Every one of the Democrats running embraces Bernie's socialist agenda."

The stakes are higher than ever in this election seaso, and the choice is between a party that may soon choose an avowed Marxist to lead their race, or one devoted to advancing life, human dignity and liberty.