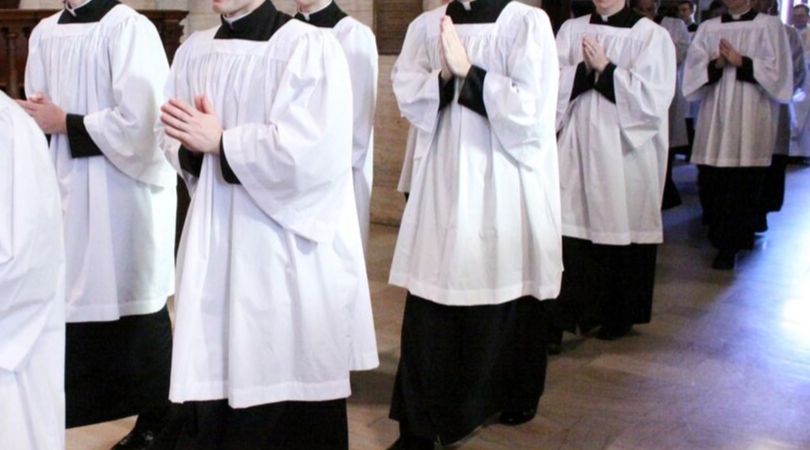 Over half of U.S. seminaries refused to take part in the survey

DETROIT (ChurchMilitant.com) - Researchers are attempting to quantify the extent of the sexual misconduct present in seminaries, but half of all U.S. seminaries did not participate in the study.

In the wake of the revelations of systemic harassment and abuse present in some U.S. seminaries, a group of researchers wanted to find objective data to capture the extent of the problem.

Developed as a collaboration of the McGrath Institute and the Center for Applied Research in the Apostolate (CARA), the survey was sent to 154 seminaries and houses of formation across the United States. Five of those claimed either not to have any seminarians or were no longer seminaries.

The results of the survey were presented by a professor of theology and director of the McGrath Institute, John Cavadini, and the executive director of CARA, Fr. Thomas Gaunt, S.J., during the 2019 Religion News Association Conference held on Sept. 19–21.

Cavadini explained, "As a service to the current and future Church, we wanted to try to get some objective data on how prevalent (or not) sexual abuse and harassment might be at seminaries."

"In approaching this task, our interest was to give seminarians a voice in a context in which they did not have to fear reprisal, and so we emphasized anonymity," he added.

Between March and May 2019, 2,375 seminarians at 72 houses of formation or seminaries were invited to complete an anonymous 15-question survey. Researchers received a total of 1,544 responses, a 65% response rate.

Despite a large number of responses, over half of the 149 seminaries either didn't respond to the survey invitation or declined to participate. The first footnote of the survey reads:

Of those seminaries that did respond, overall, three out of four seminarians reported that sexual harassment, abuse or misconduct are "not at all a problem" at their current seminary. Only 4% reported it as "somewhat of" or "a big problem." A further 11% indicate it is "a little problem."

Two-thirds said they had to endure the misconduct repeatedly.

Researchers found only 6% percent of seminarians acknowledged having experienced some sort of harassment, abuse or misconduct, and 4% weren't sure if they had. Those 162 seminarians were prompted with further questions to determine the type of misconduct they experienced. Two-thirds said they had to endure the misconduct repeatedly.

Around half of the seminarians that reported experiencing some sort of sexual misconduct didn't answer the follow-up questions to identify what the abuse was, how many times it happened or who the perpetrator was.

While only 5% responded that they were pressured "with threats or rewards into having sexual contact," 39% reported they experienced some who tried to or actually "touched, kissed or fondled" them.

Around 40% explained there was someone who talked about or tried to talk about "sexually suggestive or indecent matters." Over half of those that reported experiencing misconduct claimed there was someone who "posed a troubling physical presence towards them" — as displayed by watching or staring at them or following them uncomfortably.

The perpetrators were mainly other seminarians, but 23 responded that it was also seminary staff or Church authorities not directly connected to the seminary.

The majority of those seminarians did not report their experience at all or left out some of it.

Overall, 4 out of 10 seminarians believed that Church authorities acted on their report "completely" or "for the most part." One quarter felt their reports were not adequately or properly acted upon.

Almost one-third, 31%, had no idea what happened after they reported their concerns.

To conclude the survey, the researchers asked the seminarians to provide answers in their own words to the question: "In your view, what are the most important steps, policies, or reforms that Catholic seminaries and houses of formation should take or implement to make seminary training safe and free from sexual harassment, abuse, and misconduct?"

While the researchers acknowledged the answers from the 1,171 seminarians varied too much to include all of them, they found "eight major themes" to the suggestions. They are as described below:

There was no indication of which seminaries and houses of formation participated in the survey.