Five Heroic Men Who Withstood Hellfire for Their Faith 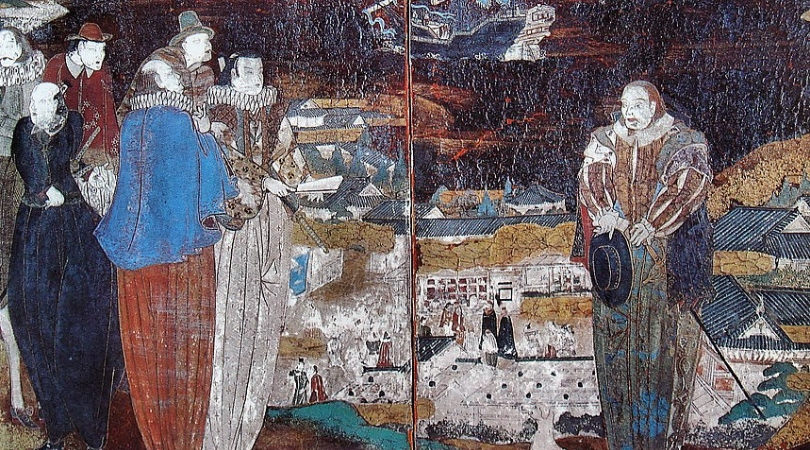 August 25, 1624 marks the martyrdom of four priests and a brother

Padre Carvalho, the Jesuit, had entered Japan in 1622 on a Portuguese trading ship, having disguised himself as a soldier. The three Franciscans had been sent from Japan as private ambassadors to King Philip III of Spain and the Vatican, only to be arrested on their return. Fray Pedro Vázquez, dauntless Dominican, had once risked death by disguising himself as a Japanese official to gain entry to Nagasaki's prison, where he heard the confessions of Catholic prisoners bound for execution.

A decade had passed since the fateful Anti-Christian Edict of 1614 exploded onto Japan — ironically, on St. Valentine's Day. Tokugawa Ieyasu, the retired-yet-reigning shogun, on that day fettered Japan with a brutal regime of suppression worthy of Josef Stalin or Mao Zedong, a regime that his progeny would tighten with each new accession to the shogunal throne. By 1624, every cleric in Japan was living on the scythe's edge, daring a gruesome death; nevertheless, these men of God carried on.

In July 1623, Fr. Carvalho had slipped into the Ōmura domain to hear the confessions of her underground Christians. Having done his heroic work, he was betrayed by a spy, arrested and jammed into a hellhole of a prison where the four other servants of God already languished, awaiting martyrs' deaths.

Ōmura was the first domain in Japan where Catholicism took deep root; its ruler, Ōmura Sumitada, christened Bartolomeo, had embraced the Faith in 1563 and championed it, braving violent opposition and even a rebellion led by his anti-Catholic half-brother. Bartolomeo stood firm as a pillar of the Church until his death in 1587.

Bartolomeo's progeny, however, did not prove so redoubtable: His son and heir apostatized in a fit of pique, and his son, christened Bartolomeo like his grandfather, was cowed into apostasy when the second Tokugawa shogun fumed threats of dire consequences at him should he not rid his domain of that irking religion of truth and light. The cowed apostate started executing priests in May 1617; perhaps by the time Fr. Carvalho showed up in Ōmura, its ruler's conscience was numb, inured to spilling holy martyrs' blood.

On July 22, 1623, Fr. Carvalho was thrown into a foul, stinking cell no bigger than a closet — "16 hand full long and 8 broad," he wrote — with the four Christian stalwarts with whom he would die. It comforted him that his imprisonment began on the Feast of St. Mary Magdalene, his patroness, and that he had managed to convert two of his captors on his way to jail.

Thirteen months the five faithful men endured an unendurable penance, awaiting the chance to prove to the downtrodden souls of Ōmura that Christ lives in His martyrs. That chance finally came on the feast day of the saintly King of France who had daily set beggars at his own table.

August 25, 1624: the Feast of St. Louis. The five condemned men of God were led to the execution-ground in Ōmura with ropes strung tight around their necks and their arms bound. Only their hands were free — free enough for each priest to walk clutching a cross on the way to his Calvary. The Palme of Christian Fortitude (Douai, 1630) relates their ordeal:

They arrived at the place appointed for their death, a field called Hokonohara, when giving thanks unto those who had conducted them … the Priests lifting on high the crosses which they bare in their hands, they began to recite psalms with a loud voice; when Father Carvalho, perceiving now a great multitude to be assembled, turning unto them, You must understand, said he, that we are Christians, and that we die of our free and voluntary accord, for the faith of Christ our Lord. The admirable serenity of their countenances put their joy so clearly in view of the beholders, that amazed thereat they said, these men seemed to go rather to some feast or banquet, than unto death.

The five men were loosely tied to their stakes in order that, flailing about in their agonies, they might provide amusement to the crowd: The loose cords would also burn away quickly, giving each victim the chance to flee the flames and apostatize.

But not a man gave in. The first to die was Br. Luis Baba, the native Japanese catechist. Freed by his burnt-away cords, he ran to the stakes of his priest-companions to kneel and kiss their hands, and

then exhorting with a loud voice the standers by to embrace the faith of Christ in which alone is true safety and salvation, he returned generously unto the stake again, and leaning himself unto it, without any further tying … he endured, without ever moving himself, the fury of those flames, until at length he rendered his invincible soul to God.

The next to die was Fr. Carvalho, and then Fr. Luís Sasada, a native-born Japanese who tried, like his countryman Luís Baba, to leave his stake and do reverence to the surviving priests. He could not move his feet, though, for they were burnt to cinders. The longest survivors were Frs. Luís Sotelo and Pedro Vázquez, who endured the torment of a slow, smoky fire of straw "and other dry litter" to choke them and cook them slowly, torturously — to effect their apostasies. Yet they hung on

three hours in the fire, ever immovable, consuming away in lingering slow flames; after which space of time they ended the course of a combat so much [the] more glorious, as it was produced longer, upon the 25th of August 1624, by order of the Governors of Ōmura and Nagasaki.

Five shining examples of faith, five luminaries to strengthen us from Heaven.

Luke O’Hara became a Roman Catholic in Japan. His articles and books about Japan's martyrs can be found at his website, kirishtan.com. This article is republished with permission.