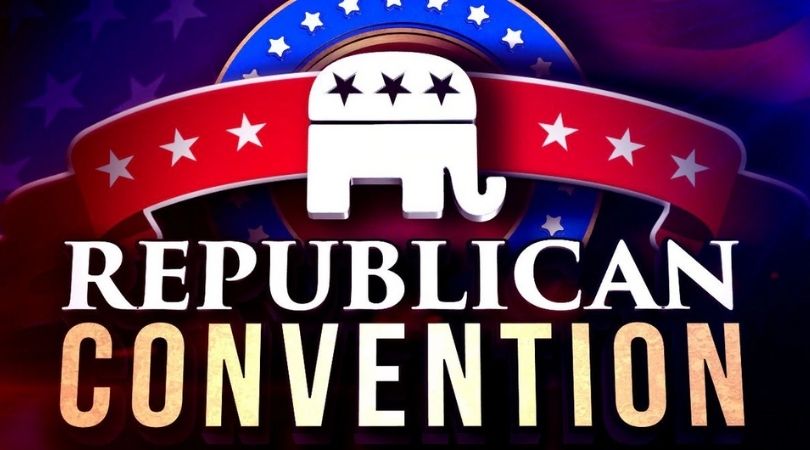 As the Democratic National Convention (DNC) is now seen in the nation's rearview mirror, Republicans are gearing up for theirs — with a considerably different message for the country.

Democrats wrapped up their convention with a bang Thursday night. After three days of what seemed like a litany of accusations and complaints about how the first 244 years of this country's history has been a bastion of cruelty and injustice, it's the Republicans' turn to make their case to the American people.

After four days of painting the theme that Donald Trump is bad, and that perverted sexuality and killing innocent babies are essential to American life, former vice-president Joe Biden looked into the camera Thursday night and tried to end the Party of Death Convention on a positive note.

Biden's speech was both bad and effective. It was delivered well, without gaffes, beating its bar of low expectations. However, it was vacuous of policy and specific content, except for his plan for mandatory mask-wearing. It avoided the elephants in the room of the terrible violence now occurring in city streets and mothers' wombs, and was filled with deceptive, vague generalities.

The speech sought to move the emotions rather than the intellect.

The speech sought to move the emotions rather than the intellect. To those with no principled values or intellectual desire to discern fittingness for the presidency, the speech was a big hit. It should give Biden a bump in the polls.

Since Democrat governors have codified into law prenatal murder up to the moment of birth (and beyond), the DNC has dropped all pretense of reasonability and its "safe, legal and rare" lingo. This year the DNC adopted its most anti-life party platform ever. In 1996, their platform mentioned abortion one time. This year's platform mentions it 19 times.

This year the DNC adopted its most anti-life party platform ever.

Fr. Richard Heilman of the diocese of Madison, Wisconsin wrote on his Facebook page Thursday that the Democrat convention can be summarized like this: "Joe good. Orange man bad. No God. We woke. You dope."

It was a convention that underscored a philosophy of life that we are our own gods who get to create our own realities, to call perversion "good" and decide who lives and who dies.

The Republican National Convention (RNC), which will be a hybrid of on-site, virtual and digital, promises to convey a different message.

Beginning tonight, in its consistent ethic on human rights dating back to Lincoln and emancipation, the National Republican Party has adopted its most pro-life platform in history.

With this framework as its springboard, its speakers will include:

Unlike the Democrats, who skipped references to God in at least two of their convention meetings, Republicans will invoke God's presence.

The National Republican Party has adopted its most pro-life platform in history.

Cardinal Timothy Dolan, archbishop of New York, will lead the RNC in prayer. Dolan, who prayed at both conventions last election cycle, made it clear in an Aug. 18 statement that his decision to pray is not an endorsement:

As a priest, one of my most sacred obligations is to try and respond positively whenever I am invited to pray.

Prayer is speaking to God, offering him praise, thanking him for his many blessings and asking for his intercession; it is not political or partisan.

That is why I have accepted an invitation to pray at the Republican National Convention. My agreeing to pray does not constitute an endorsement of any candidate, party or platform. Had I been invited to offer a prayer for the Democratic National Convention, I would have happily accepted, just as I did in 2012.

Donald J. Trump, who is expected to show up on each of the nights during this week's hybrid event, will make on Thursday night his official appeal to the American people as the 45th president of the United States seeking re-election.