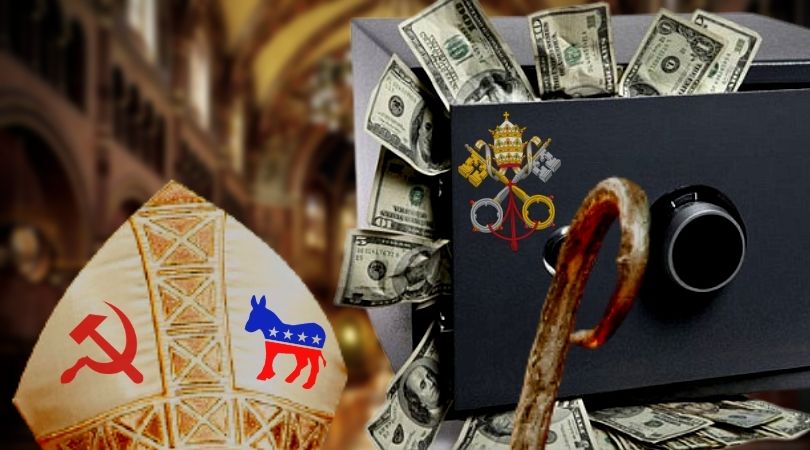 US bishops' lack of financial transparency

The U.S. bishops have cost faithful Catholics nearly $4 billion in sex abuse payouts — money Catholics thought was funding charities, seminaries and parishes. But even now, after the homosexual cleric abuse epidemic has been exposed, bishops continue to ask for more money and shelter diocesan assets.

Bishop Michael Bransfield, head of the diocese of Wheeling-Charleston, West Virginia from 2005–2018, stole millions from the coffers of his diocese, where the faithful are among some of the poorest people in the United States. He has a nearly 14-year track record of frivolous and wasteful spending, blowing millions to live a luxurious lifestyle while lay Catholics in the diocese struggled in poverty.

He had a personal chef and chauffeur. He spent $100 a day on flowers. His monthly booze bill averaged nearly $1,000. He also gave hundreds of thousands of dollars in cash gifts to his priest-friends — personal checks reimbursed from church funds.

His travel bill exceeded $2.4 million, and he used the occasion of a bathroom fire as an opportunity to renovate his dwellings from top to bottom for $4.6 million.

Finally, after over a decade, the cries of the faithful were heard by the Vatican, and he was put under investigation. But last year, the Vatican dismissed him with a slap on the wrist, with Pope Francis decreeing he is prohibited from residing in the diocese, is banned from presiding or participating in any public celebration of the liturgy, and is obliged to "make personal amends for some of the harm he caused."

In June 2020, Abp. Carlo Maria Viganò commented to Italian journalist Marco Tosatti, "Bishop Bransfield is a perfect example of what I was referring to," in remarks following a Washington Post interview in which he had referred to a "corrupt gay mafia" running the Church.

Dioceses are still shaking down the people of God for cash while trying to shelter their own assets.

In August 2020, the diocese announced Bp. Bransfield had reimbursed the diocese more than $400,000. The announcement accompanied a letter of apology in which Bransfield said, "I am writing to apologize for any scandal or wonderment caused by words or actions attributed to me during my tenure."

But Bransfield is just one of many, and dioceses are still shaking down the people of God for cash while trying to shelter their own assets. As investigations continue into the mafia-like activities going on in chanceries across the country, expect bishops to keep one hand out for cash and another hand to keep others away from what they already have.

Learn more by watching The Download—Following the Money. 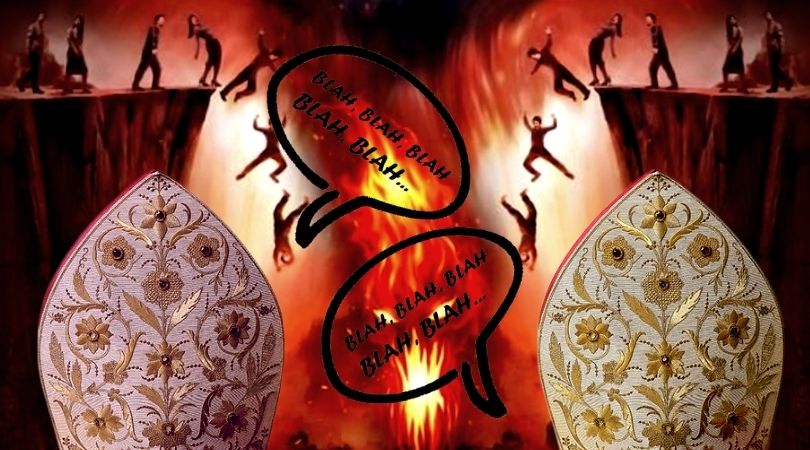