Following Your Conscience to Hell

Pope Francis will be pressured in the new year to clarify whether sexually active divorcees can be given the sacraments in "good conscience." If he says nothing, then they, along with contracepting couples, active homosexuals and pro-abortion politicians might not have guilty feelings, but will they avoid Hell without repentance? Spoiler alert — St. Paul says no.

In chapter six of his letter to the Corinthians, St. Paul was being pastoral when he uttered:

The dubia addressed to Pope Francis this fall by the four cardinals essentially seeks to clarify the root issue; specifically, does "Amoris Laetitia" change Church teaching that intrinsically evil acts such as artificial birth control, abortion, adultery and homosexuality can never be done with a clear conscience by anyone?

Pope Francis recently preached on Hell as a consequence of sin. During his November 22 homily in Casa Santa Marta in Vatican City, the Holy Father proclaimed, "[If] you do not take care of your heart … and [if] you always live estranged from the Lord, perhaps there is the danger, the danger of continuing to live estranged in this way from the Lord for eternity. And this is a terrible thing!"

At a talk in London last month, Cdl. George Pell — a member of the Pope's "Gang of Nine," a group of cardinal-advisors — pointed out the real pastoral problem: "The idea, now, of culpable moral blindness is discussed as infrequently as the pains of Hell."

False mercy further compounds the problem that starts with following an erroneous conscience. God's mercy is bandied about with little said of contrition for sin, which presupposes the person will humbly admit to the sin with contrition. Contrition for sin in turn presupposes a purpose of amendment whereby the person has a firm resolve to avoid that particular sin in the future to the best of his ability. A priest can't validly administer God's forgiveness to the penitent without the person first confessing the sin, having contrition for having committed the sin and the intention of avoiding that sin in the future.

Many blame Vatican II for this problem of enthroning personal conscience above the moral authority of the Church. Some may be surprised to find that "Lumen Gentium," one of the 16 documents from the Council, teaches that being saved from Hell is contingent on our thoughts, words and deeds.

In chapter 14 of this document, the Council Fathers admonish:

Whosoever, therefore, knowing that the Catholic Church was made necessary by Christ, would refuse to enter or to remain in it, could not be saved. ... All the Church's children should remember that their exalted status is to be attributed not to their own merits but to the special grace of Christ. If they fail moreover to respond to that grace in thought, word and deed, not only shall they not be saved but they will be the more severely judged. 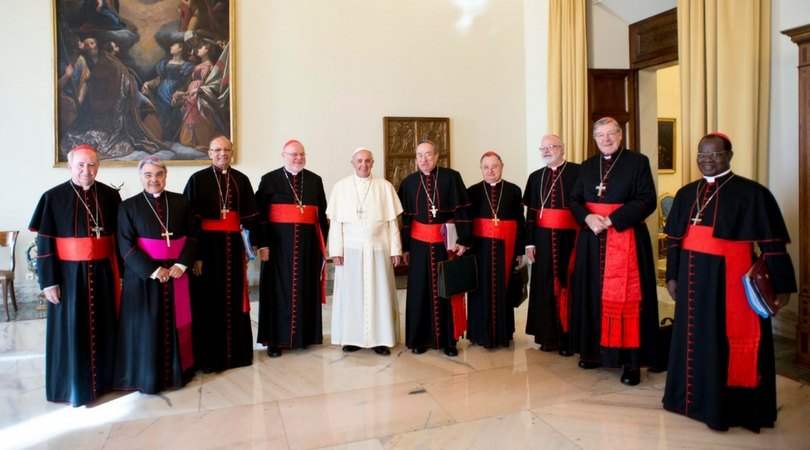