For Christians, No Us and Them — Only Us?

Father James Martin, S.J., is a Roman Catholic priest who vociferously presses for the Catholic Church to adopt a more "respectful" stance toward people who choose openly to identify themselves with sexual practices that Church teaching holds to be scandalous and mortally sinful. To support his advocacy, he appeals to the moving vagaries that often dictate the meaning of words in our time. Passionate feeling replaces conscious thought or prayerful spiritual discernment as the authority for action.

When largely ruled by the effects of passion, human discussions involve little or no deliberation. Their passions stirred, people do not act in light of the words. Rather the words encourage people to surrender to the stream of passion, letting it carry them along. There is no need to derive meaning from some process of thought. Feeling, good or bad, supplies all requisite meaning. By contrast, deliberation requires some respite from the stream of passion, some place in the eye of the storm where feeling does not impel us to go this way or that. So, we feel the freedom to choose.

There is no us and them. Ever. There is only us. pic.twitter.com/6JzCCWF0Xo

The largely sentimental rhetoric Fr. Martin deploys is a strategic maneuver. It shifts discussion away from any preoccupation with concrete standards of truth or reasoning. What use are standards, fixed in any way. Caught up by the stream of passion, one requires no place to stand. There is, in fact, no reason to take a stand. The only reason is the flow. It moves people into action, the way a given combination of mass and acceleration displaces colliding billiard balls. From the perspective of the balls, there is nothing deliberate about the result. One lays into the stream, reveling in the feeling that transpires. As for the rest, "Sh** happens!" — as the profane might say.

This way of discussing human affairs abandons the premises of God and His responsibility in the existence of all Creation. If, through His Word and by the power of His Spirit, God set things in motion, His being informs the rules that govern them. His thought conceived and preordained the forms that would result from that information, including all living things, and the basis and manner of their generation and sustenance. In general, this is what the Scripture affirms.

Now, according to the account we find there, God made the divisions that distinguish one thing from another — as Heaven from earth, light from darkness, seas from dry land, and all created things and living creatures from one another. If, as a human being, I stand in some relation to other things and perceive the difference between myself and them, I do so as a consequence of divisions ordained and determined by God. But in the Acts of the Apostles, when St. Paul speaks of the God, unknown to them, Whom the Athenians also worshipped, he reminds them of the observation that "in Him we live and move and have our being," made by one of their own poets.

In this way of existing, moving and living, in and through the being of God, all of His creation is as one in respect of God. But to be what they are in themselves demands respect for God's determination that they should be, as they are, distinct from all the rest. But this latter respect (for their general and particular distinctiveness) obliges all those subject to God's authority (i.e., whose existence is the consequence of His determinant will) to observe the boundaries that make them so; the rules, as it were, that preserve their distinct existence. These rules are the laws of nature that inform the panoply of existing things, and of Nature's God, to Whose Being, on the whole, each of them owes its particular way of being.

To depart from the way God has determined to be right for existence means annihilation.

According to the will of God, affirmed in the existence of all the multifarious objects in existence, we one among the many, possibly infinite, variety of things are made one by the determination of God for our existence. That we are one among many sets us apart from them. Yet we are all one in respect of God's being. However, this does not mean, as Fr. Martin asserts, that there is no them but only us. It means that we are but one among them, and there is only God.

In his obsession with placating the many, Fr. Martin has forgotten God. He has therefore forgotten the implication of the Scripture when the psalmist observes, "God knows the way of the righteous; but the way of the wicked perishes" (Psalm 1:6). To depart from the way God has determined to be right for existence means annihilation. For, without the authority of God, there is neither "us" nor "them." That would be why Christ so often forewarns us that we face an inescapable choice: "He who is not with Me is against Me; and he who does not gather with Me scatters" (Matthew 12:30). 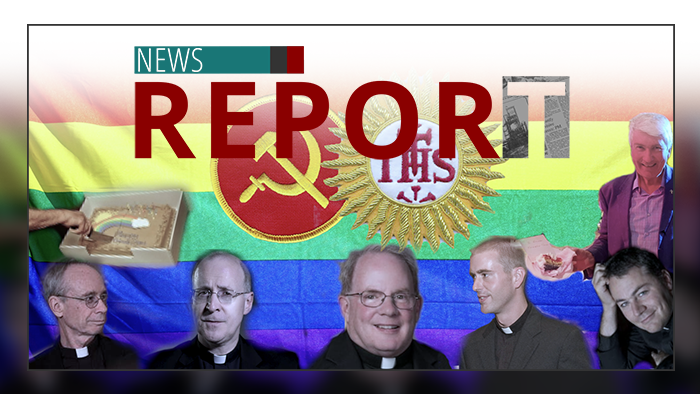 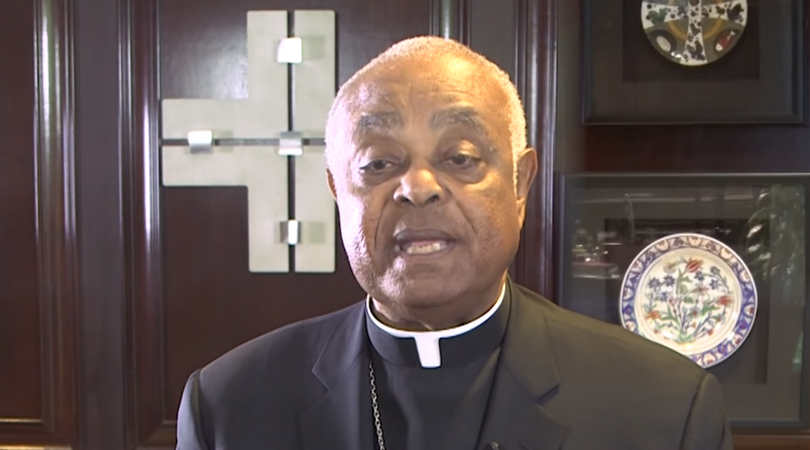