Forfeiting Tax-Exempt Status for the Church

What man intends for loss, God may turn to gain

Might the Australian government withdraw tax-exempt status from Catholic religious and charitable institutions on account of pervasive clerical sex abuse involving minors? For the body of Christ, would it be loss or gain?

First, full disclosure requires that I declare my abiding opposition to income taxation, progressive or otherwise. Given their commitment to dictatorship and the abolition of private property, Marx and Engels had good reason to make income taxation one of the demands featured in their Communist Manifesto as a weapon in the war to achieve communist dictatorship. The assumption of the communist political system is that all human assets must ultimately to be brought under the control of the proletarian dictatorship.

The practical premise of all income taxation is that those who control the government are empowered to take whatever percentage they please from the income of individual and corporate earners. Now consider this: If you and I agree that I am entitled to take whatever portion of your earnings I decide upon, how much am I empowered to take? The answer: 100 percent. Since the limit is up to me, all of your earnings are, in principle, subject to my will.

Applied to earners as a whole, income taxation means that all income belongs to those who control rate of taxation. In principle, all earnings belong to the state, which then dictates how much earners will be permitted to keep. So, though most people don't bother to think it through, income taxation aligns with the vision of communist totalitarian dictatorship. But if, in principle, the state is empowered to control all earnings, earners are enslaved to the state. This is why all communist governments end up as slave states. The income tax effective implies the abolition of private property, which in turn entails the abolition of human freedom.

Seen in this light, the system of tax exemptions for religious institutions prefigures the ultimate outcomes, which is state control of all religious institutions. In a society still beguiled by the residual momentum of property ownership (including the property each individual is presumed to have in his or her body, and the abilities they exhibit using it), tax emption looks like a favor. In fact, it is a chain, which grows longer and heavier with every apparent increase in governmental largess.

However subconsciously, some inkling of this truth may have had something to do with instituting religious and charitable tax exemptions in the first place. People assume that it has something to do with recognizing and rewarding such institutions for the public benefit derived from their voluntary activity. But as the chain of government largess grows in mass, it becomes a tool, one that allows the state first to influence and then to direct their activity.

We can now visibly attest to the fact that this eventually offers the state the means to alter or abolish the voluntary nature of religious activities. Instead of being driven by conscience and goodwill, they are more and more determined by the conditions imposed for government largesse. Instead of being allowed to keep more of what their conformity with conscience allows them to earn from goodhearted supporters, the revenue generated by the tax exemption morphs into an allotment of government resources, an allotment restricted to institutions that obey government's dictates.

Christ says we cannot serve two masters, God and Mammon. Especially in matters of conscience (which to a large extent includes all matters of significance), we must serve God, and God alone, even if we die for it. As followers of Christ, we serve God by bearing witness to His truth, which was, according to our Lord, the reason he came into our midst. In light of that primordial commitment to God, on what terms can followers of Christ accept the largess of the state?

Only on terms that align with the true moral of Christ's famous dictum — render to Caesar the things that are Caesar's and to God the things that are God's. But the rubric for making the distinction involves recognizing the image stamped upon such things. God being the substance and rule (i.e., the internal source of order determining the form and function of each and every created thing) noting escapes His imprint. The image of His mind and will appears everywhere.

Of course, He tells us (human beings) this explicitly about ourselves: "And God created mankind in his image; in the image of God he created them; male and female He created them." But Caesar, and all human beings controlling the state, whatever their claims of power, therefore have God's image stamped upon them. We all belong to God.

As people who accept and conform to God's Word — as Jesus intrinsically did, in being Himself — members of the living body of Christ on Earth must surrender themselves to God. Where the controllers of government enforce what contradicts God's will, we must obey God rather than them — following in the way of Christ Himself and His Apostles, even unto death. We, therefore, cannot submit to be controlled into contradicting God's will by any government whatsoever, no matter in what form their contradictory will appears.

Where the controllers of government enforce what contradicts God's will, we must obey God rather than them — following in the way of Christ Himself and His Apostles, even unto death.

Logically, this implies that Catholic institutions should forego any favors from the government that can foreseeably be abused to enforce such disobedience to God. In this respect, they should eschew the tax-exempt status afforded to religious and/or charitable institutions, especially given the anti-Christ tenor of our times. If the Australian government, or the U.S. government for that matter, contrives to withhold tax exempt status in reaction against the criminal delicts of Catholic clergy, we could properly regard it as an occasion to thank God, saying to them what Joseph says to his brothers: "Even though you meant harm to me, God meant it for good, to achieve this present end, the survival of many people" (Genesis 50:20).

For the sexual sin of the clerics will thus have occasioned what appears to be loss but is, in God's perspective, gain. By forcing us, the body of Christ we are presently supposed to be, to forego government largess, it would accustom us to do without what will ever more blatantly be used to force the Church into complicity with the very sins that gave rise to the clerical delicts the loss of tax-exempt status purports to punish. Like the garments stripped from Christ during His passion, this material loss may be our spiritual gain, forcing us utterly to depend on the God-reverent Spirit, mind and heart of Christ, on the way to the Cross, instead of the delusional "help" of human governments every day becoming more like those that resolved to crucified him. 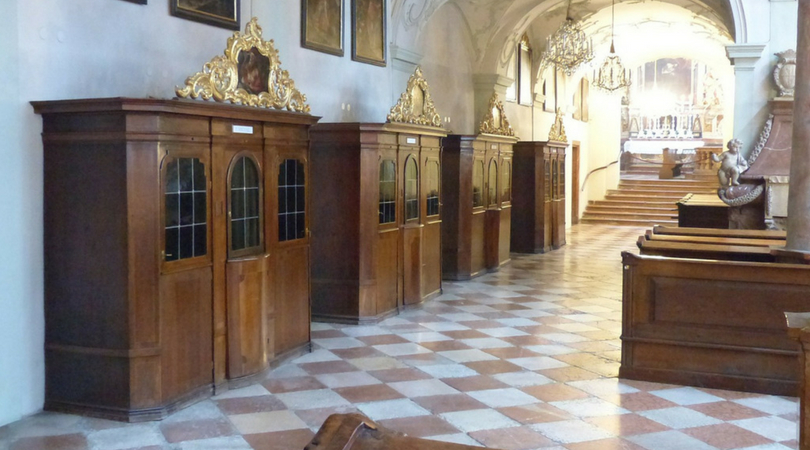 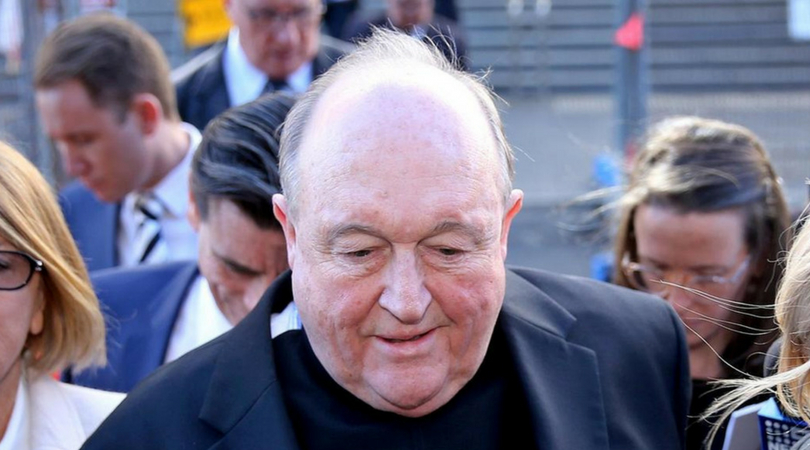 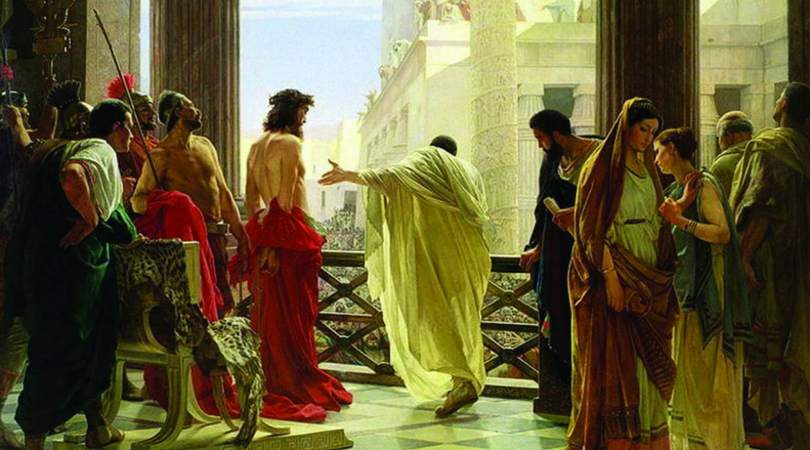 When No Longer of Christ’s Mind, Do Catholics Deserve the Name?
By Dr. Alan Keyes   •   0