EL PASO (ChurchMilitant.com) - Catholic bishops continue their political posturing by having another Mass at the border of the United States and Mexico.

Two dioceses in Texas — El Paso and Las Cruces — and the Mexican diocese of Ciudad Juarez are hosting the latest "border Mass" on the American side of the border near El Paso Friday, November 5.

The Mass will be celebrated on a levee by the Rio Grande by Bp. Mark Seitz of El Paso for the intentions of the people who died attempting to cross the border into the United States.

Since the third border Mass in October, Holy Communion has not been distributed through the steel border fence because the U.S. Department of Homeland Security forbade it.

Catholic canon lawyer Dr. Ed Peters writes in his blog that it is a violation of canon law to celebrate Mass for a political reason. He notes that Canon 932 §1 declares, "The eucharistic celebration is to be carried out in a sacred place unless in a particular case necessity requires otherwise; in such a case the celebration must be done in a decent place."

He comments, "Obviously, no one suggests that the border is a 'sacred place' in the canonical meaning of that term, so the question becomes whether necessity required holy Mass to be celebrated at the border."

Addressing the intentions for border Masses, which are typically for immigration reform and the repose of the souls of people who died in the process of crossing into the United States, he notes they could very easily have been applied to a Mass in a church building. He further notes that there's no evidence people attending Mass at the border are deprived of it in their own towns.

Peters asserts, "But let's not assume that sacred spaces for worship may be ignored just because a photogenic backdrop for one's political views (however decent they may be) presents itself, and let's not distort Church law by claiming that 'necessity requires' Mass to be celebrated in these sorts of places. Because neither assertion is true." 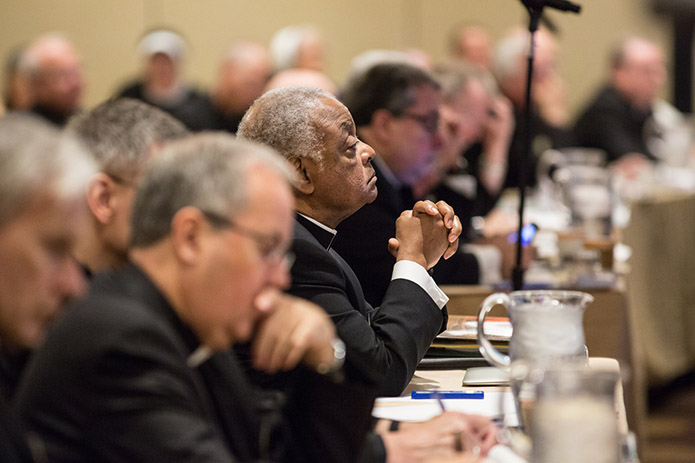