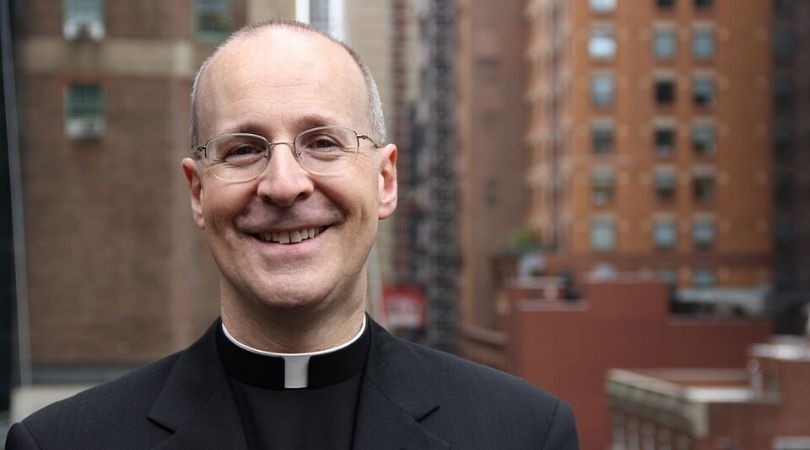 DETROIT (ChurchMilitant.com) - Fr. James Martin has put his own spin on how to approach this Lenten season, focusing on treating with dignity those who have same-sex attraction and gender confusion.

In an interview with the Human Rights Campaign (HRC), the pro-LGBT lobbying organization in Washington, D.C., Martin made his Lenten focus the LGBT community.

"One of the invitations for Catholics (during Lent) is to unite yourself with people who are suffering, including LGBT people," Martin said.

In his interview, Martin does not define or distinguish between those who have disordered and confused feelings and those who have chosen to make them a behavioral lifestyle. Neither is he clear that LGBT people suffer because they carry the burden of disordered desires, or because "ignorant" people do not accept their behavior.

Lent is "a time for people to engage more deeply with LGBT people," he declared.

"Can you exercise humility, which is a virtue during Lent, and listen to people that you might not understand? Can you be open to the fact that God may want to meet you through this LGBT person?" he asked, adding "The person you thought was 'other' is actually the person who reveals God to you."

Martin pointed to the fact that Jesus healed many people in the gospels, and alluded that the Church should do the same for LGBT persons. "I hope ... that the LGBTQ community can feel welcome in their own church," he concluded.

Martin was called out as erroneous for his presentation of the human person that underscores his preaching by canon lawyer and EWTN "Papal Posse" member, Fr. Gerald Murray.

Lent is 'a time for people to engage more deeply with LGBT people.'

Murray said that Martin's recent presentation to the Association of Catholic Colleges and Universities was "in plain contradiction of Catholic teaching on the nature and purpose of God's gift of human life." Martin had claimed that "The four years spent in college is an important experience for all students, but especially for LGBT youth, who are not only discovering their identity and navigating their relationship with parents but hoping to discover their own value."

Murray corrected Martin, explaining that there are no sexual identities in human nature other than male and female, and that the pro-LGBT Jesuit is wrong to assert any more "identities" as being real:

Fr. Martin's extended project is to change the way the Church approaches the phenomenon of homosexuality in our Church and in our society. It is based on the erroneous conceit that the Church's teaching on the nature of God's creation and his law are subject to revision by human beings who, unhappy with the way God made them and with how he commands them to act, discover a new 'identity' founded upon God's supposed alternate plan, for some people.

Murray concluded with a truly Catholic explanation of human dignity and how it is fully realized:

The human dignity of all persons is promoted by obedience to what God has established. That dignity is wounded and obscured by any rejection of God's plan and purpose for humanity. The just and loving way to help people who affirm an imaginary LGBT identity is to guide them away from this mistaken idea and towards an appreciation of the true nature of who they are in the sight of the Good God.

Fr. John McDermott is a former member of the Vatican's International Theological Commission who now teaches theology at Sacred Heart Major Seminary in Detroit. As a fellow Jesuit, he also corrected Martin's thinking in an essay for Homiletic & Pastoral Review Magazine.

"There is no salvation unless wounded people accept the Cross and with free resolve follow Jesus," McDermott wrote.

"Fr. Martin emphasizes compassion, [but] it should be clear that compassion cannot consist in approving sinful behavior," he added. "That would only confirm people in their misery and not let them recognize that the homosexual lifestyle is the very reason for their distress." 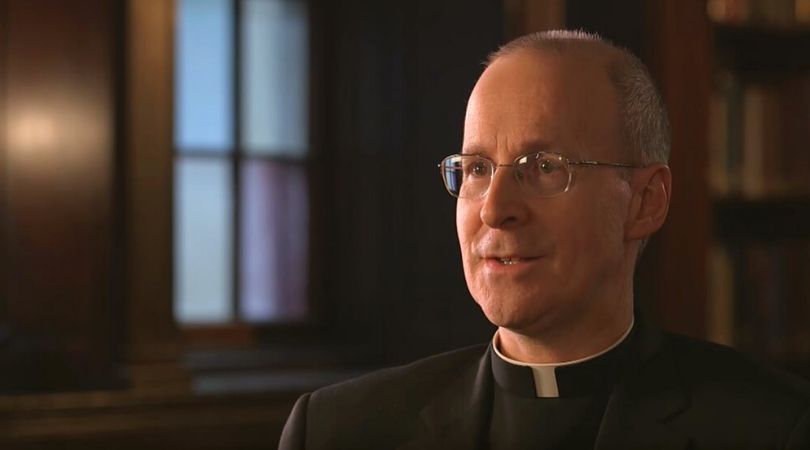