DETROIT (ChurchMilitant.com) - Detroit priest Fr. Eduard Perrone continues to maintain his innocence in the face of an allegation of abuse stretching back four decades.

A statement released Monday by Perrone's attorney, Christopher Kolomjec, offers details about the recent polygraph test administered to the priest, who was placed on leave July 5 after a single, 40-year-old allegation based on a "repressed memory."

Critics claim the suspension is a "political hit job," spearheaded by Msgr. Michael Bugarin, episcopal vicar and delegate for matters of clergy misconduct, who was also involved in removing other orthodox priests in Detroit.

The polygraph was conducted by a former police lieutenant of the Taylor Police Department, Michael Anthony, who specializes in testing alleged sex offenders. He does polygraphs for the U.S. Probation Office and the Michigan Department of Corrections.

Anthony's written report concluded that Perrone's answers were "truthful" and that the test results indicated "NO DECEPTION" (emphasis in original). He also said the results were "very clear, giving him a high degree of confidence in his conclusions."

Father Perrone passed the exam 'with flying colors' and his results were so unequivocal that they could be used in textbooks.

"Father Perrone is hopeful that the results can be utilized to demonstrate his innocence and
accelerate his reinstatement to full priestly ministry by the Archdiocese of Detroit," it continued.

The statement goes on to give an update on the altar boys who signed affidavits testifying to Perrone's character, with 55 total so far vouching that they never witnessed or heard of any inappropriate behavior from Perrone. Four other individuals who spent significant time around Perrone over the course of 40 years also signed affidavits testifying to his moral integrity.

"We are all altar boys who have served with Fr. Perrone at some point over the years," the affidavit states, going on to note:

"Collectively, we have spent tens of thousands of hours with Fr. Perrone in circumstances like these, among others," the letter continues. "Many of us were vulnerable at some point during this period, due to young age or other factors."

"However, none of us have ever experienced, or observed, any immoral or inappropriate behavior by Fr. Perrone in connection with his interactions with altar boys or any other parishioners," it reads.

Novi, Michigan, August 5, 2019 – Father Eduard Perrone, a priest in the Archdiocese of Detroit and pastor of Assumption Grotto Parish in Detroit, took and passed a polygraph test, and maintains his innocence from the recent, highly publicized, allegations against him. On July 5, 2019, Father Perrone was restricted from exercising all public ministry after the Archdiocese of Detroit determined that a "credible" allegation of sexual misconduct had been made against him.

Father Perrone vigorously denies the allegation and the accuser’s description of events. In an effort to clear his name and accelerate his reinstatement, Father Perrone submitted to a thorough polygraph examination on July 30, 2019.

The examination was conducted by Mr. Michael Anthony (License # 6001000316), at the offices of Kolomjec & Associates, P.C., Father Perrone's civil attorneys. Mr. Anthony is a retired police officer (former Police Lieutenant with the Taylor Police Department in Michigan), and a highly experienced and well-respected polygraph examiner. Among other engagements, he currently performs polygraph services for the United States Probation Office as well as the Michigan Department of Corrections, with a focus on polygraphs related to sex offenses. The examination lasted over 2 hours, during which several polygraphs were completed using questions relevant to the accusations against Father Perrone, specifically, questions regarding the accuser's claims of sexual abuse that were used by the Archdiocese of Detroit to suspend Father Perrone.

Father Perrone is hopeful that the results can be utilized to demonstrate his innocence and accelerate his reinstatement to full priestly ministry by the Archdiocese of Detroit. In addition to the positive polygraph results, over 55 current and former altar boys who have served with Father Perrone over the years signed written statements affirming that they have never been subject to any abuse or inappropriate conduct, or heard of or witnessed any such abuse or conduct by Father Perrone. A number of other individuals who have spent significant time with Father Perrone over the last 4 decades, including rectory workers, have also signed written statements indicating that they have never witnessed any inappropriate behavior by Father Perrone.

A fundraiser has been set up for Fr. Perrone's legal defense fund. 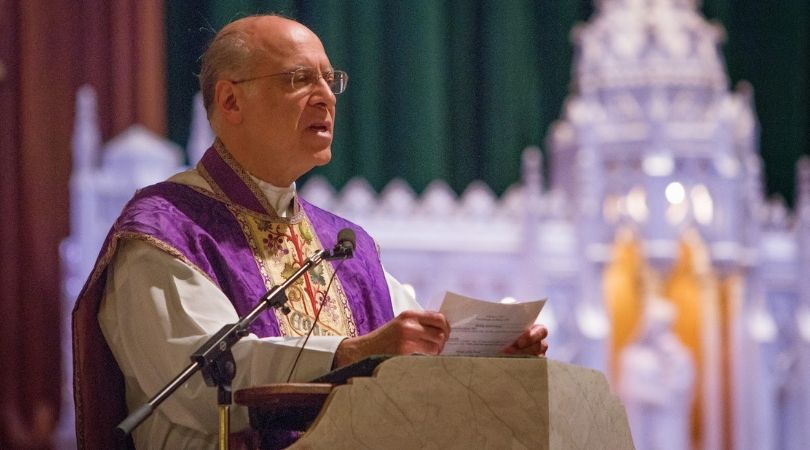