CHICAGO (ChurchMilitant.com) - A priest suspended by Chicago Cdl. Blase Cupich is declaring his innocence. Father Frank Phillips, founder of the traditionalist order Canons Regular of St. John Cantius, published a letter Friday stating he was "innocent of the accusations" leveled against him.

It's the first time he has made a public statement since Cupich suspended him in March, based on claims that he had engaged in "improper conduct involving adult men." Forbidden by his order to make comments, Phillips could not defend himself publicly.

The Review Board found me innocent of the accusations which I have vehemently denied.

"I assure you I have done nothing to scandalize the faithful," he added.

"The reports that the Independent Review Board exonerated Fr. Phillips are without foundation," it stated, Szarek assuring the accusers of "appropriate pastoral care."

But Szarek's Friday letter itself contradicts his May 21 votum, which makes clear the review board had indeed exonerated Phillips of wrongdoing.

"Because no civil or ecclesiastical crime has been established ... It's [sic] seems fair and just to restore the canonical faculties of Fr. Phillips," Szarek wrote at the time.

Blogger Oakes Spalding has read the complete text of the findings, and according to him, "a fair reading of the findings exonerates Fr. Phillips from the sort of sexual activity or wrongdoing, including homosexual relationships and homosexual advances or behavior, that people have imagined might constitute 'inappropriate conduct.'"

He continued, "In addition, to put it more bluntly for these charged times, the findings do not establish or even indicate that Fr. Phillips is or might be homosexual."

At most, he exhibited "imprudence and/or bad judgment in a number of areas," Spalding noted. "As for the original charges made by the accusers, the findings were quite clear that they were not credible."

Phillips has been quietly pursuing his case through canon law, an April 29 letter from his canon lawyer, Alan Kershaw, laying out the timeline of events.

Phillips was first made aware of the accusations against him on February 26. On March 2, accompanied by his civil lawyer, he met with Szarek as well as Fr. Dennis Lyle, Fr. Jeremy Thomas and Sr. Joan McGlinchey of the archdiocese. He "did not respond to the allegations," the letter stated, "[nor] was he legally obliged to." 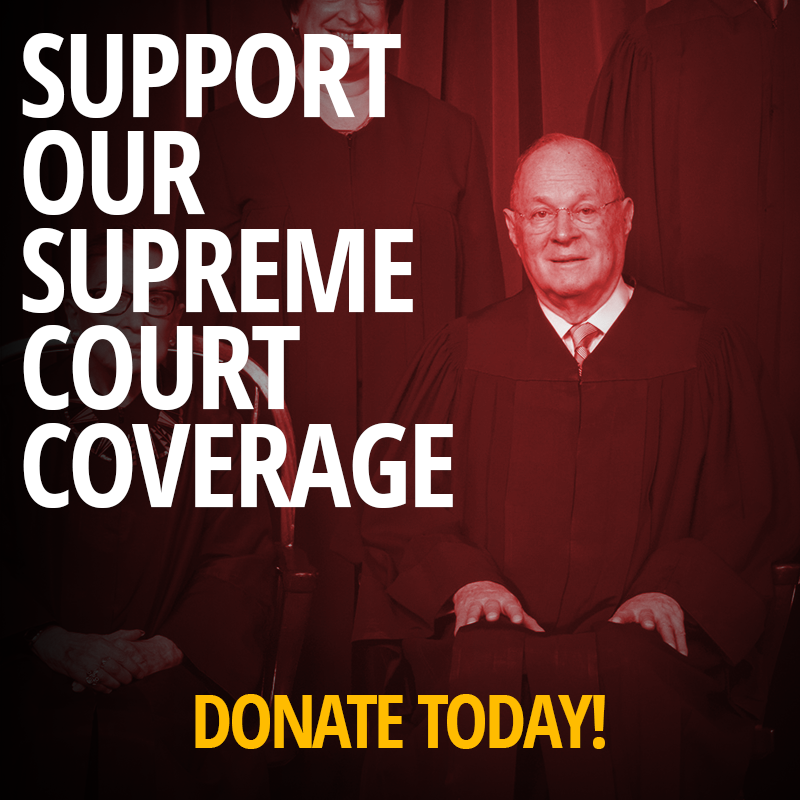 A media firestorm erupted nationally and internationally, leading to widespread speculation over Phillips' sexual orientation and questioning of his reputation.

On March 26, Phillips formally petitioned Cupich to revoke his decree and restore his position at the parish — which Cupich ignored. In a meeting in April, the cardinal went on to accuse Phillips of being guilty of the charges and discouraged members of the Canons Regular from testifying on his behalf during the investigation.

The April 29 letter claims Cupich's decree suspending Phillips' faculties and removing him from his parish was canonically null and void.

[P]rior to the completion of any investigation, whether diocesan or by the religious order, you proceeded to inform the media of your decisions as set forth in your March 12th decree. This, Your Eminence, blatantly constitutes a violation of Fr. Phillips' privacy and all rights relative to the preservation of his good name; a clear manifestation, in the minds of many Christifideles, of either an animus against Fr. Phillips, or a high level of suspicion and a low level of skepticism was present during the decision making phase, or, perhaps, a mixture of both ... .

The letter goes on to quote Canon 193 §1, which states that a "person cannot be removed from an office conferred for an indefinite period of time except for grave causes and according to the manner of proceeding defined by law."

"Where is the 'grave cause'?" Kershaw asks. "And, why was the requisite 'manner of proceeding defined by law' set aside, and not followed as prescribed by the Codex?"

Fr. Phillips has been egregiously defamed by his reprobate detractors.

Kershaw goes on to note the damage done to Phillips' good name.

Indubitably, Fr. Phillips has been egregiously defamed by his reprobate detractors, including those who have "jumped on the band wagon" ostensibly hoping to have found an opportunity for fraudulent monetary gain.

The damage to Fr. Phillips' reputation has indeed been compounded by those same wide reaching media reports which have caused and continue to consternation and astonishment amongst the Christifideles. Hence, it is left to Rev. Fr. Phillips to discern if and what further action should be taken to restore his good name.

Cupich, however, refuses to reinstate Phillips. In a letter published June 24, Szarek accepts the cardinal's decision not to restore his faculties: "We accept the Archdiocese's decision that Fr. Phillips' faculties for public ministry will remain withdrawn and that he will not return as pastor of St. John Cantius and as Superior of the Canons Regular of St. John Cantius."

Phillips has explained, however, that restrictions placed on him in Chicago will have no effect on his ministry elsewhere.

"Currently, by decree of Cardinal Cupitch [sic] my faculties are suspended only in Chicago," he wrote. "I am free to continue in my calling to serve God in all other geographical locations on the planet. Therefore, I will continue to say mass for you daily and petition for reconciliation with the Cardinal."

Phillips is currently in Rome working with his order and "other church leaders" to discuss future steps. 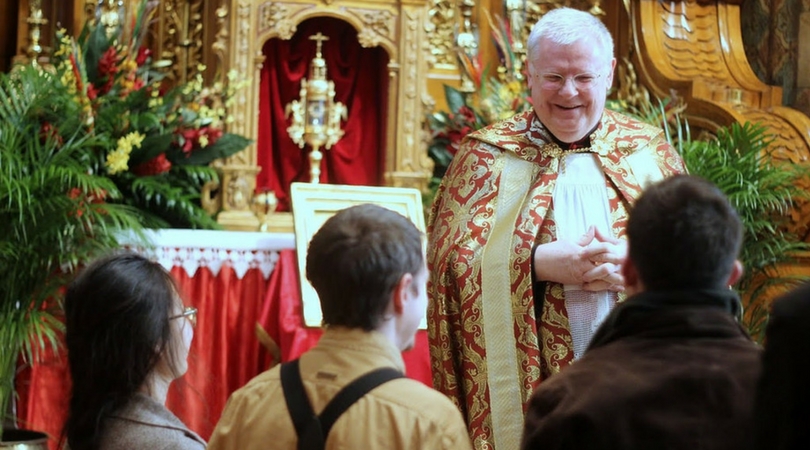 Chicago Priest Defends Himself Against Accusations
By Christine Niles   •   0 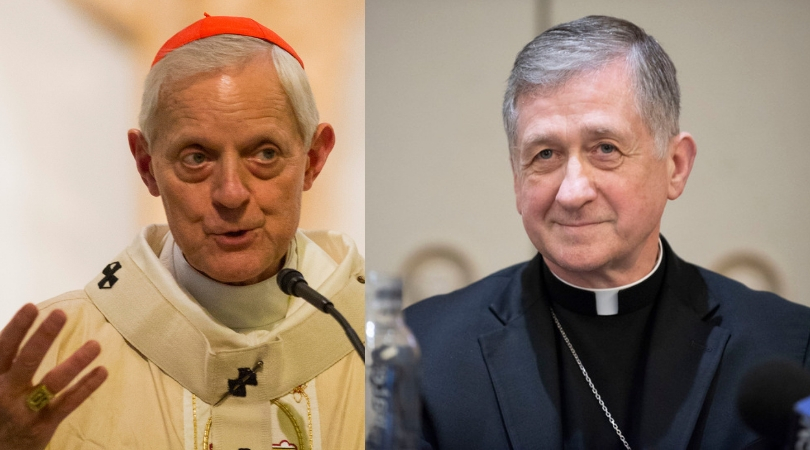 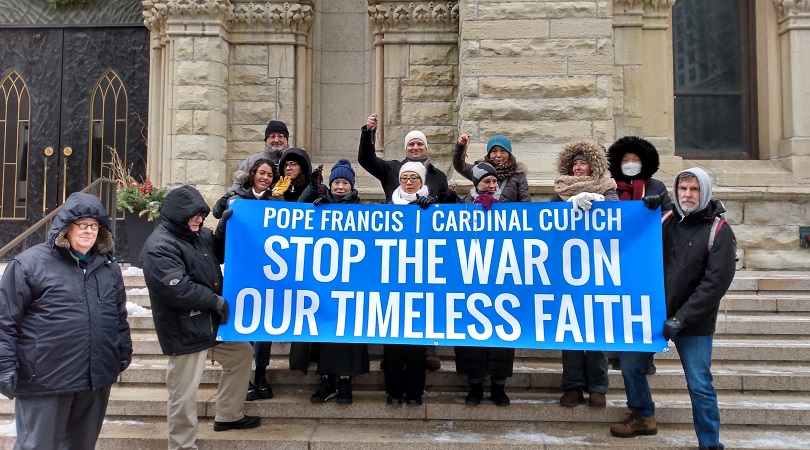