Father James Martin labels Catholics struggling with same-sex attraction according to their sinful inclinations. In front of Catholic, community and people, he always puts LGBT, which stands for lesbian, gay, bisexual or transgender — all of which connote sinful behavior as per the Catholic Church.

In a video published November 21 to promote his book, Building a Bridge, Fr. Martin says it's not right to focus on a person's sexual sins. "The first thing you say to a group of college kids," muses Fr. Martin, "is not, 'why are you all sexually active?' And yet with the LGBT person that's the first thing people go to."

Somehow, Fr. Martin fails to see that he himself is the one always bringing up sex every time he slaps the LGBT brand on Catholics, who struggle with same-sex attraction. College kids, furthermore, don't identify themselves as the fornicating students, the fornicating community, or the fornicating Catholics. If they did then any responsible priest concerned for the salvation of their souls would admonish them.

Father Martin adds that the focus is not on the sexual activity regarding other groups of people: "We don't talk that way about divorced and remarried people, about college students having sex, about people living together before they're married, about people who are using birth control."

Fr. Martin opines, "It's just the LGBT person whose sexual morality is put under a microscope."

Father Martin makes the claim that focusing on the sexual activity of a same-sex attracted person is a form of "discrimination": "It's a sign of what the catechism calls unjust discrimination."

The Catechism of the Catholic Church does, however, teach that all sexual relations outside of marriage, as well as contraceptive relations within marriage, are immoral. It equally condemns contraception, adultery, fornication and homosexuality. It's Fr. Martin who's guilty of unjust discrimination when he identifies people according to their sexual orientation. All of this is a cover for his real goal of normalizing homosexual behavior.

Watch the panel discuss the battle to normalize homosexuality in The Download—Gay Civil War. 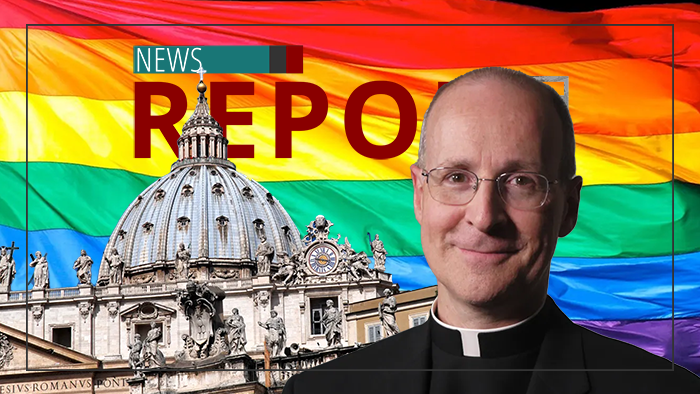