In an October 2 Facebook post, Martin defended the "right" of a young "transgender" child to have access to religious education at a Catholic parish. His mother had written to Martin complaining the parish is refusing catechism to her son because she won't register him by the birth gender listed on his baptismal certificate — a requirement for attending the course. She insists the parish accept his transgender status and register him as the gender of his choosing — implying the need for staff and other students to address him by his female name and allow him to use the girls' restrooms.

The basis for the decision is that God made my child a male, and by presenting our child as a female, we are going against God's will and putting the priest and the church in the position of publicly accepting our decision. And we are putting other parents in the position of accepting our parenting choices for our child. The priest has a particular concern about the age of my child — he said he would have no problem if a 25-year-old [person] was coming out to him as transgender.

Martin clarifies that he does not want "to demonize the pastor or the chancellor ... who I am sure are good Catholics, struggling with their decision."

Instead, he blames Church teaching, claiming it is "standing in the way of someone encountering Jesus."

"The parish and the diocese need to unblock the path between their child and Jesus Christ," he insisted.

On Tuesday, Martin triumphantly tweeted that the mother had enrolled her child in religious ed in "a new parish," thanking followers for their prayers. The implication is that the original parish had refused to budge, thus forcing the parents to find a less orthodox church.

In July 2016, Pope Francis condemned gender ideology in strong terms. "We are experiencing a moment of the annihilation of man as the image of God," he said. "Today, children — children! — are taught in school that everyone can choose his or her sex. ... And this [is] terrible!"

He went on to note a conversation he had with Pope Emeritus Benedict XVI, calling him "perceptive" and repeating Pope Benedict's comment that "this is the age of sin against God the Creator."

"God created man and woman; God created the world in a certain way," Pope Francis said, "and we are doing the exact opposite."

In September 2017, the American College of Pediatricians (ACP) released an updated document,"Gender Ideology Harms Children," claiming, "Conditioning children into believing a lifetime of chemical and surgical impersonation of the opposite sex is normal and healthful is child abuse."

"No one is born with an awareness of themselves as male or female; this awareness develops over time, and like all developmental processes may be derailed by a child's subjective perceptions, relationships and adverse experiences from infancy forward," the document continues. "A person's belief that he or she is something they are not is, at best, a sign of confused thinking."

Dr. Michelle Cretella, president of the ACP, commented to Church Militant, "We must urge the silent majority of parents, grandparents and health professionals to speak out."

She continued, "We must urge our leaders to question the authority of the so-called experts and to demand an end to this massive, dangerous social experiment that is already having devastating effects upon our young people." 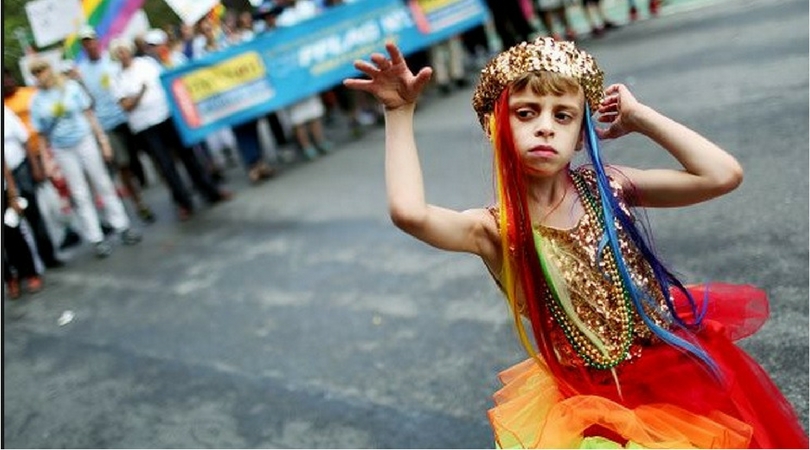