CAMBRIDGE, England (ChurchMilitant.com) - A Vatican spokesman and pro-gay Canadian priest was caught plagiarizing a talk in which he accused whistleblower Abp. Carlo Maria Viganò of being deceptive.

As reported by LifeSiteNews, the head of Salt and Light Catholic TV was blasting Viganò at Cambridge University on Feb. 8 with a lecture that heavily plagiarized authors including Cdl. Edwin O'Brien, Cdl. Walter Kasper, Fr. James Martin, Gregory K. Hillis, Fr. Thomas Reese. LifeSiteNews compiled a side-by-side view of Rosica's speech next to the work of the original authors.

In addition to demonizing Viganò, whose testimony he labeled a "diabolical masterpiece," Rosica downplayed the existence of a homosexual network in the Church called out by Viganò.

Conservative Catholics cried heresy when Rosica, an ardent supporter of Pope Francis, posted an article last July in which he claimed that the Holy Father was no longer bound by Scripture or Tradition.

"Pope Francis breaks Catholic traditions whenever he wants because he is 'free from disordered attachments,'" wrote Rosica. "Our Church has indeed entered a new phase: with the advent of this first Jesuit pope, it is openly ruled by an individual rather than by the authority of Scripture alone or even its own dictates of tradition plus Scripture."

At the 2015 Synod on the Family, Rosica uttered what faithful Catholics called blasphemy in purporting that the Eucharist had a sexual aspect.

At one of the synod's press conferences, Rosica stated, "Please remember there is a sexual nature to the Eucharist — 'This is My Body, given up for you' — and we need to root that in human sexuality and in love, and it helps us to appreciate even better the sacrament of the Eucharist."

Michael Voris, who reported from the Vatican on both the 2014 and 2015 synods, attests that Rosica, as the English-language spokesman for the Vatican, "misled reporters on an almost daily basis" by injecting "his own bias into the daily summaries on the private discussions of the bishops" in the synod hall in the Vatican. The pro-gay priest pushed specifically the gay agenda at both synods, Voris said.
"On a very regular basis," affirmed Voris, [Rosica] "kept suggesting and implying that the bishops were being more accepting of homosexuality. The international secular media ran wild with the stories, which turned out to be flat out false. We had discussions and dinners with bishops and others who were inside the hall and they each assured us that the topic barely came up if at all."

As head of Salt and Light, Rosica hosted notorious dissident theologians. One of his most egregious guests was the late ex-priest Gregory Baum. Baum opposed Church teaching on contraception, homosexuality, the priesthood, devotion to Mary and numerous other things. He was most outspoken against Church teaching on artificial birth control.

Baum himself was most deceptive. He left the priesthood and married an ex-nun. Months before dying, Baum published his autobiography The Oil Has Not Run Dry in which he claims to have been a practicing homosexual for decades. Rosica seemingly ignored the dissident teaching and duplicitous lifestyle and lavished Baum with praise on his show.
Below is the side-by-side comparison of plagiarized portions from Fr. Rosica's article: 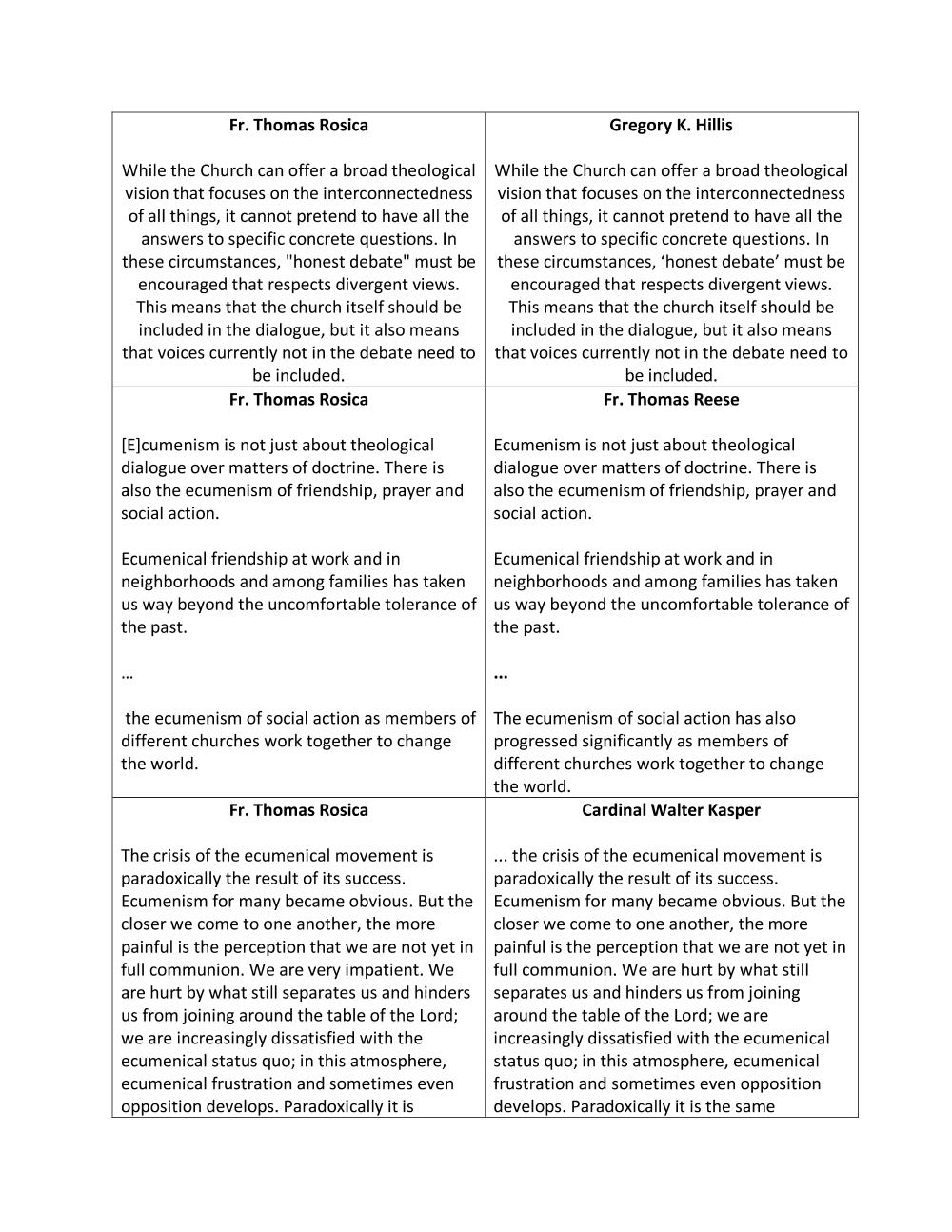 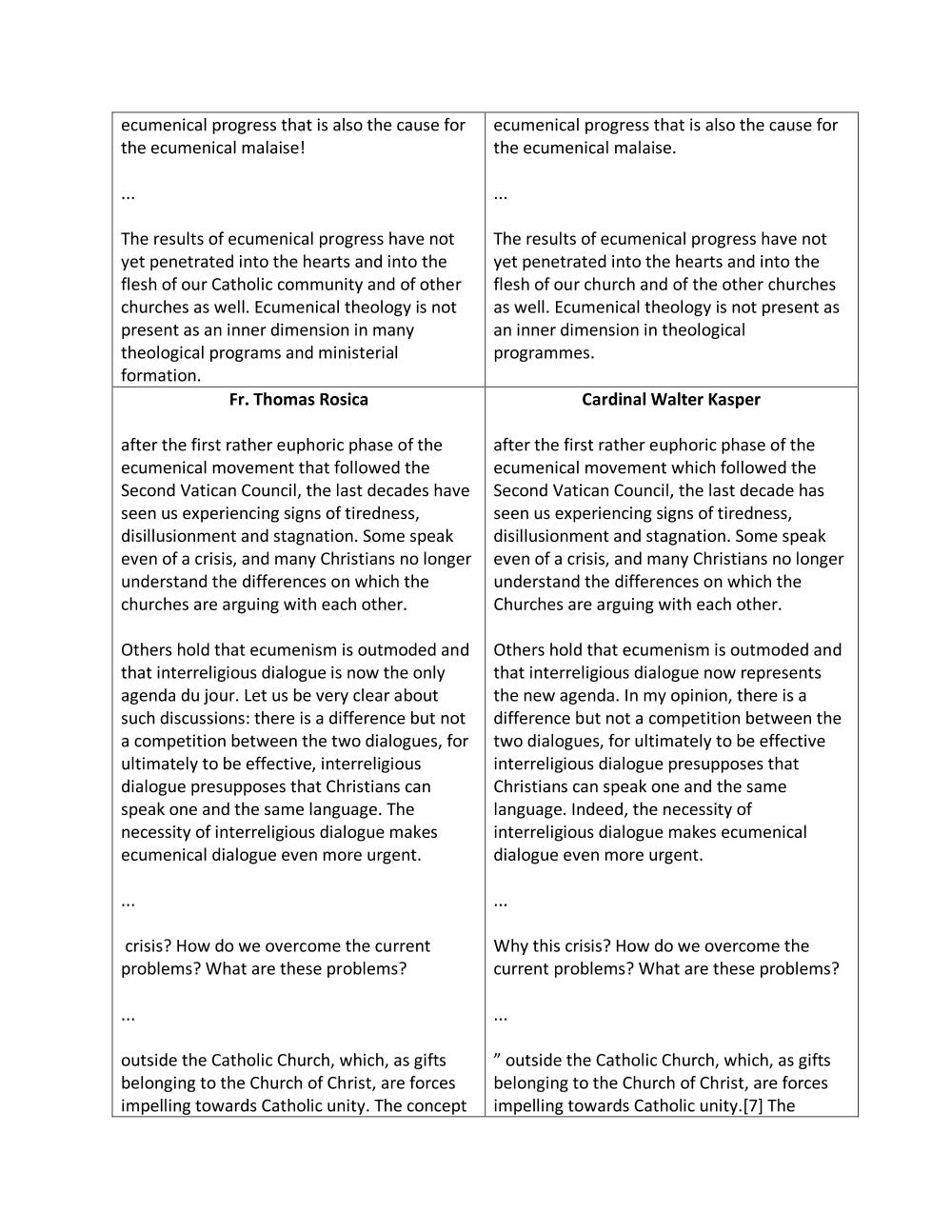 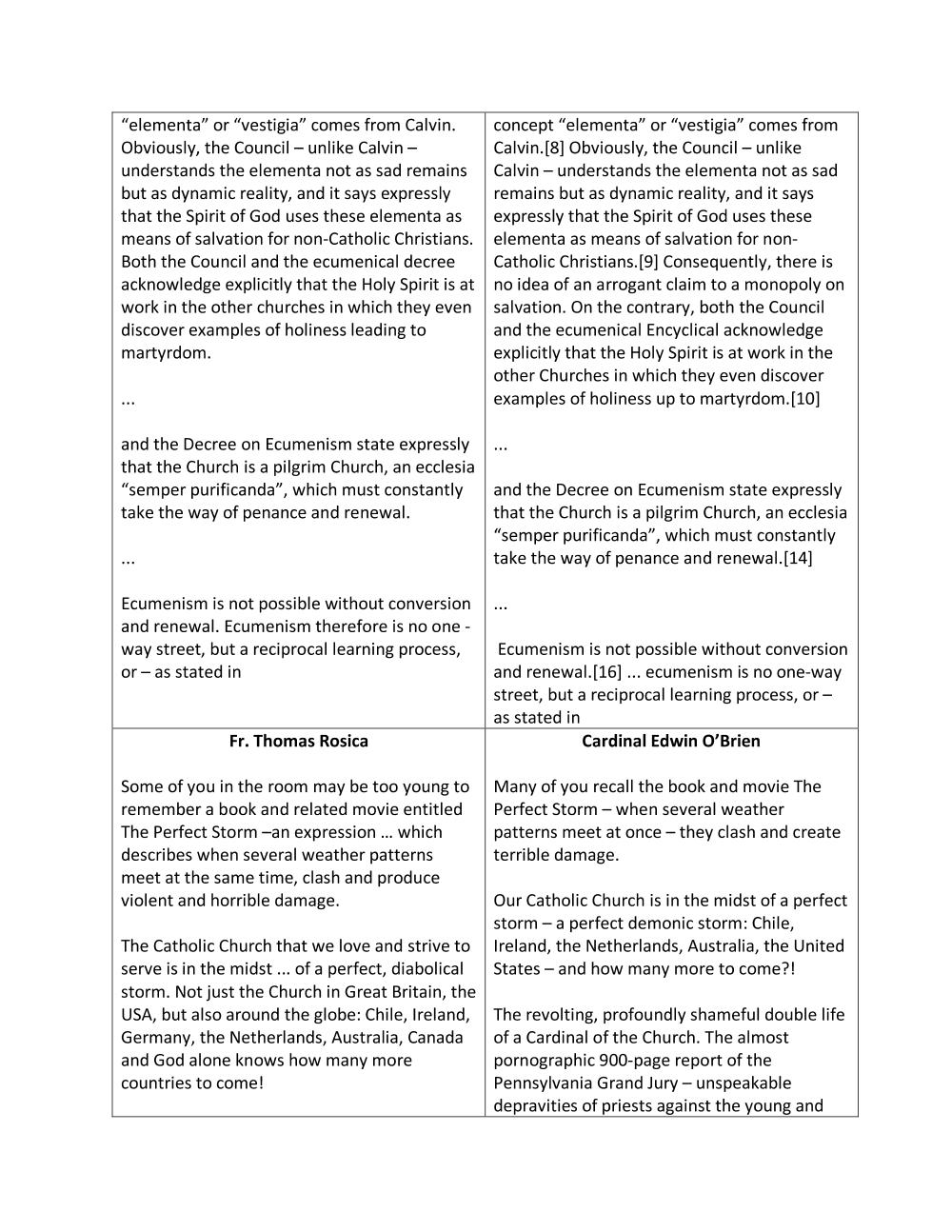 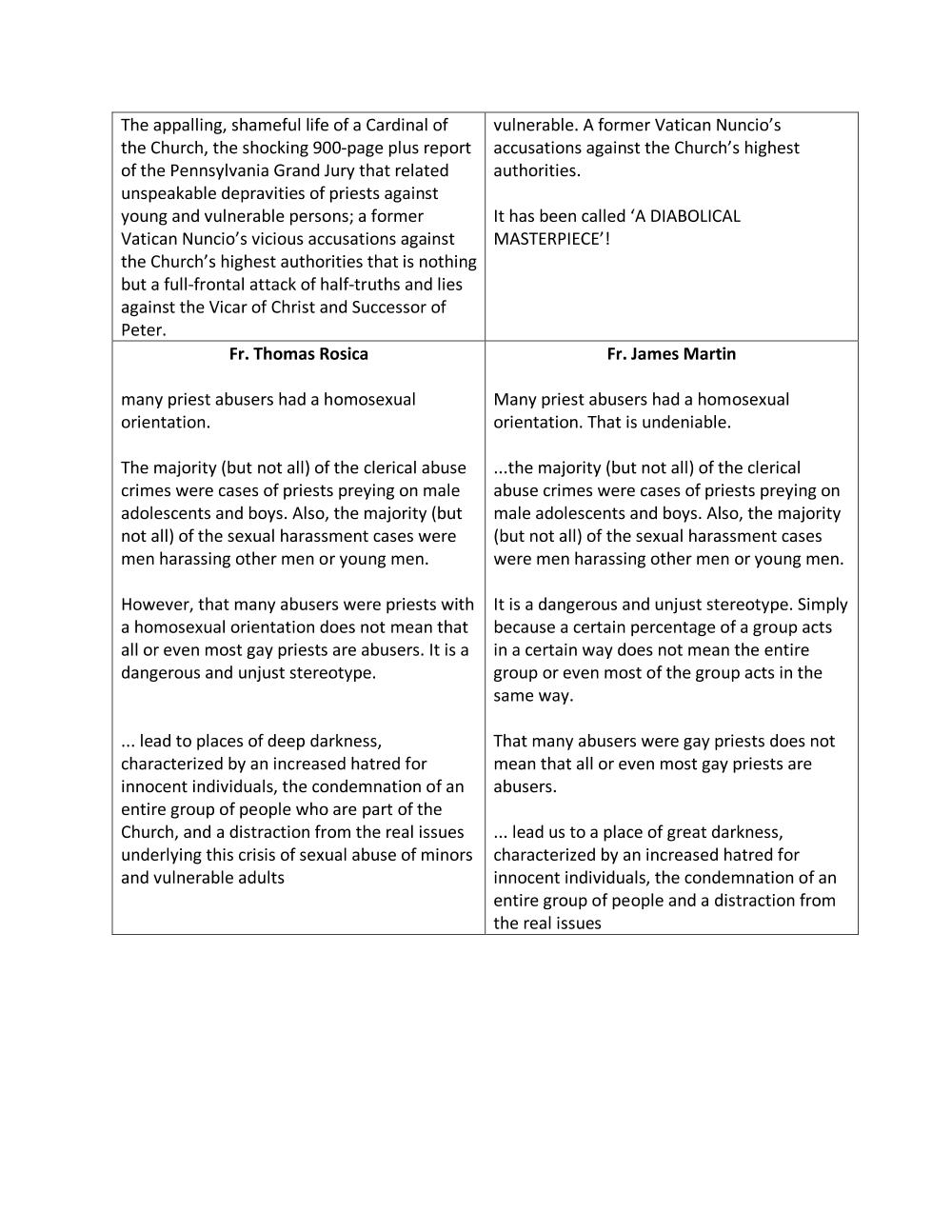