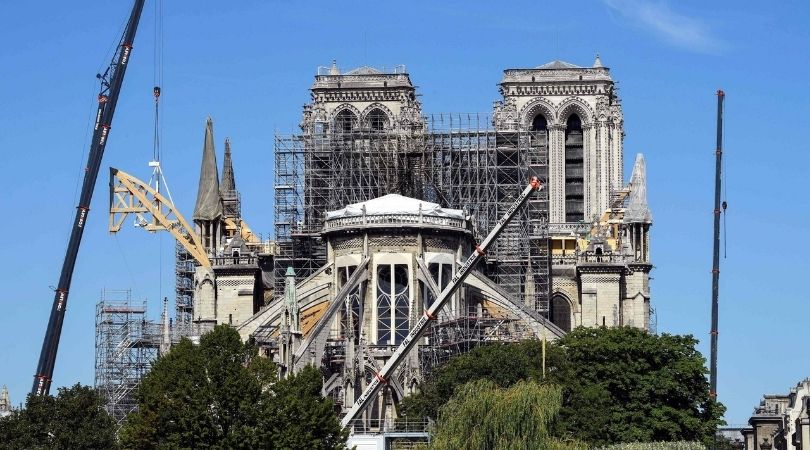 PARIS (ChurchMilitant.com) - France's top conservation committee has voted to approve the Paris archdiocese's proposals for the kitsch restoration of the world's most iconic medieval gothic cathedral, despite an outcry from the country's intelligentsia and art experts.

On Thursday, the National Heritage and Architecture Commission (CNPA), comprising 24 architectural experts, politicians and religious figures, endorsed the controversial plans for the cathedral's revamp during a closed-door video meeting.

The CNPA disregarded a passionate appeal by over a hundred distinguished signatories warning that the restoration was being "seriously compromised" by the installation of immersive cultural projects oriented toward the silly and kitsch.

Titled "A New Threat Hangs Over Notre-Dame de Paris: What the Fire Spared, the Diocese Wants to Destroy," the petition was published in national daily Le Figaro and art magazine La Tribune de l'Art two days before the CNPA meeting.

"The diocese of Paris wants to take advantage of the restoration project to transform the interior of Notre-Dame into a project that completely distorts the decor and the liturgical space," the art critics, historians, curators, philosophers and musicologists warned.

The monument speaks for itself and doesn't need too much speech.

The archdiocese of Paris is responsible for the liturgical and interior design of the cathedral, but the State, which owns the building, must be consulted and endorse the plans.

The CNPA representatives insisted that the proposals, which include commissioning contemporary works of art for the side chapels, were "in the great tradition of the Church."

"There was no hostility. We had courteous exchanges on a dense, serious and very thoughtful work," remarked Constance Le Grip, CNPA member and vice president of the Committee for Cultural Affairs and Education.

Le Grip said the disputed issue of projecting biblical verses on the cathedral walls (using machines with a power of 6,000 lumens) in Mandarin, French, Spanish and English was left to the archdiocese.

Better that Paris have a vast hole in the ground than set up some idiot's theme park for banal tourists who are spiritual not religious.

"We can think that the monument speaks for itself and doesn't need too much speech," but if the Church decides to do it, "we must respect their freedom," she observed.

Responding to accusations of "wreckovation," CNPA members insisted that the restoration would preserve or recreate all the works present in the cathedral before the fire — even if they were not universally placed in the same location.

The commission, however, refused to let the archdiocese construct a freight elevator to store pews in the crypt, since this "would damage the 18th-century parts and the vaults of the crypt." It also expressed reservations about removing the statues of saints from the side chapels and confirmed its opposition to new stained-glass windows.

Father Gilles Drouin, liturgist and mastermind of the refit, had recommended stripping the cathedral of seating (except during major celebrations) and using "mobile" pews in the central nave. The pews would have been removed for weekly services and stored in the crypt.

"When I visited Tibet, I was in awe of all these magnificent temples. I would have liked so much to understand what was going on there. I saw a mystery, but I didn't have the keys," remarked Fr. Drouin, defending his proposals as an outreach to tourists visiting Notre-Dame.

Arguing that "tourists from a non-Christian and post-Christian culture need to be given the keys to understanding the meaning of the place," Drouin claimed that "each step was validated by Abp. Michel Aupetit of Paris" (who resigned in November after allegations of an "ambiguous" relationship with a woman).

When I visited Tibet, I was in awe of all these magnificent temples.

According to Drouin's plans, modern art murals with sound and light effects to create "emotional spaces" will replace altars, confessionals and classical sculptures. The 14 side-chapels will be remodeled around three themes: promises, saints and continents. Chapels will be dedicated to Asia and Africa, and the culmination of the south aisle will be a "chapel of reconciled creation," affirming Pope Francis' eco-encyclical Laudato Si'.

Plans for the renovation were leaked in November, leading critics to accuse the archdiocese of turning the cathedral, which was destroyed by a fire on April 15, 2019, into a "politically correct Disneyland."

Tom Gilson, author of A Christian Mind: Thoughts on Life and Truth in Jesus Christ, predicted that "the rebuilding will be spiritual pretense" for displaying "the spirit of modern man," who is "earthbound, sensation seeking, ignorant of the lofty."

John Zmirak, senior editor at The Stream, blasted the revamp as "a multicultural theme park that teaches pantheism for dummies."

"Better that Paris have a vast hole in the ground, like a missing front tooth to mark the absence of Christ from its society, than set up some idiot's theme park for banal tourists who are spiritual not religious," Zmirak wrote.

But Fr. Drouin insisted that there was "no question of running Notre-Dame like a museum, nor of isolating the liturgical celebrations in a corner."

Writing in the wake of the Notre-Dame conflagration, conservative Jewish author and talk show host Dennis Prager observed, "It is as if God Himself wanted to warn us in the most unmistakable way that Western Christianity is burning — and with it, Western civilization." 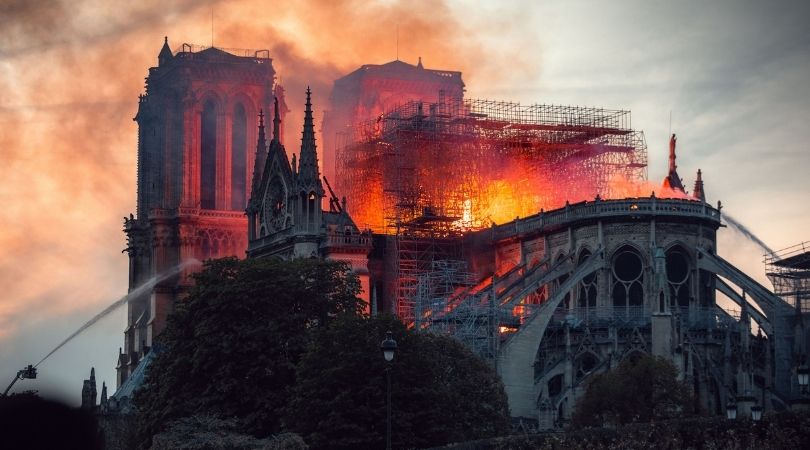