DETROIT (ChurchMilitant.com) - The conservative think tank, the Gatestone Institute, published a report on Sunday, claiming that churches in France are being closed down, while the "eldest daughter of the Church" witnesses a simultaneous wave of new mosques.

According to Gatestone, "In the last 30 years, more mosques and Muslim prayer centers have been built in France than all the Catholic churches built in the last century." Gatestone cited the conservative French magazine Valeurs Actuelles, which counted more than 800 new mosques in France between 2005 and 2014. That translates to between one and two new mosques each week.

The report goes on to cite the French Observatory of Religious Heritage (OPR), which claims that between 10 and 20 Catholic parishes in France are sold or converted each year. "The dioceses are in a critical financial situation, like the town halls and have fewer and fewer faithful," says the OPR's Maxime Cumunel. Among the closing parishes was the Church of Santa Rita, which made international news when the police dragged out the priest of the parish within days of the murder of Fr. Jacques Hamel by Islamists.

According to the Center for Applied Research in the Apostolate (CARA), as of 2009, Mass attendance among Catholics in France was at 12 percent. France is approaching an 8.3 percent Muslim population, one of the highest Muslim populations among E.U. member states.

This report on France is the second such report on the Islamization and de-Christianization of western Europe. In April, Church Militant reported on a similar trend of closing churches and burgeoning numbers of mosques in the United Kingdom.

Less than two weeks after the deadly attack outside the U.K. Parliament that killed four and injured 50, a report from Gatestone revealed that at least 500 churches had been shuttered in recent years, many converted to private homes or bars, while the city had seen the cropping up of 423 mosques, along with more than 80 sharia courts.

In the United Kingdom, this societal change is rapid and is becoming increasingly visible. It can be seen from the name "Muhammed" becoming the most popular British baby names in 2012, to a doubling of the number of Britons converting to Islam, to the May 2016 election of Mayor Sadiq Khan, the first Muslim mayor of a major Western city.

One Shia Muslim leader in the United Kingdom remarked in March, "I feel that London has more Islamic values than many of the Muslim countries put together."

The remarks were made at the Benedict XVI Lecture, an "interfaith" gathering, featuring the archbishop of Westminster, Cdl. Vincent Nichols. The same cardinal made remarks to the BBC in November that Britons could learn from "the vibrancy of the Muslim faith." Former Anglican Archbishop of Canterbury, Rowan Williams, has gone a step further, calling for "constructive accommodation" of Sharia law in the United Kingdom, which he also called "unavoidable."

A Pew Research poll recently showed that the United Kingdom is on track for a 59 percent Christian population by 2020, while a Lancaster University study showed that only 42 percent of British respondents identified as Christian at the beginning of last year. There is an abundance of data, showing an abysmal trend towards the collapse of the Church of England, to which one of the former archbishops of Canterbury, Lord Carey, has responded by remarking that Christianity in England is "one generation away from extinction."

On July 10, Church Militant aired an episode of The Download, highlighting the values and superiority of Western civilization, on the occasion of President Trump's speech before an audience in Poland in which he extolled the value of the West. 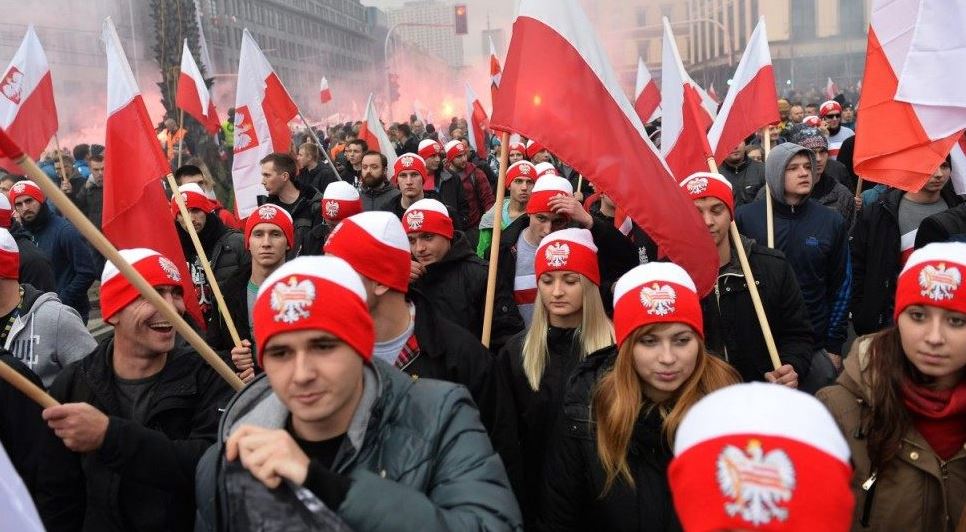