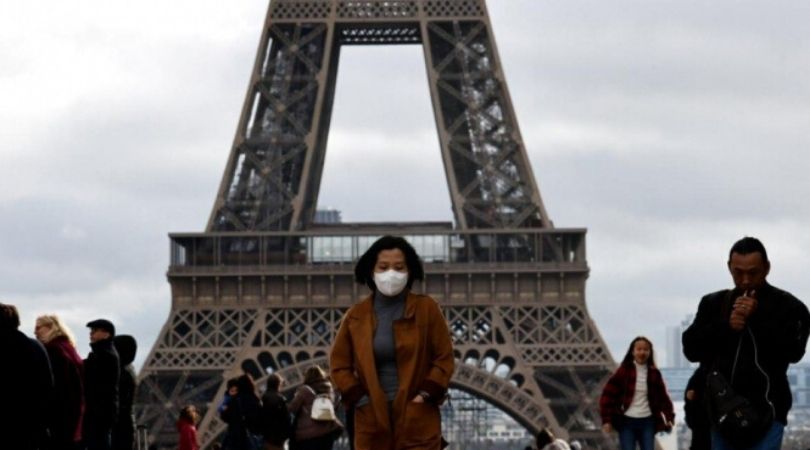 PARIS (ChurchMilitant.com) - Jean-Bernard Fourtillan, a retired French professor of pharmacology, was arrested Dec. 7 after having claimed that the COVID vaccines currently circulating in France are laced with dangerous levels of metal, including aluminum salts as an adjuvant. Adjuvants are metal compounds added to vaccines to bolster immune response.

Dozens of supporters turned out on Saturday at the Mas Careiron psychiatric hospital in Uzès, a town in southern France near Marseille. Chanting "Free Fourtillan!" the protesters demanded more information about the confined expert while calling for others to show solidarity with those who "stand up to big institutions."

FranceInfo reported that a prosecutor claims Fourtillan is not in prison but merely hospitalized. According to French media reports, Fourtillan will appear before a judge this week. Fourtillan claims to have seen government corruption.

Fourtillan, 77, was among several experts who were interviewed in the French video documentary Hold Up, which various media have accused of advancing "conspiracy theories surrounding the COVID-19 pandemic."

Interviewed as an expert on pharmacology and toxicology, Fourtillan alleged that the renowned Institut Pasteur created the SARS-CoV-2 virus. Various media have reported for months that the virus first emerged in Wuhan, a city in northeastern China in December 2019. However, researchers have found evidence that the virus may have been circulating in France and Spain as early as August 2019. For its part, Institut Pasteur has threatened to sue Fourtillan but has yet to file in court.

According to media outlet ConnexionFrance, Fourtillan was arrested by French militarized gendarmes and was subjected to a medical examination. He remains in psychiatric care since his Dec. 10 internment at the facility. The outlet reported that a prosecutor claimed that Fourtillan's allegations about the vaccine are not the reason for his confinement. The prosecutor claimed that after a judge issued a warrant for Fourtillan's arrest, a pro forma medical examination was carried out and led to the decision to keep him in the psychiatric facility.

French media have reported that Fourtillan is under investigation for alleged involvement in independent clinical vaccine trials to treat Alzheimer's and Parkinsons.

On Twitter, Fourtillan's supporters called on their government to release him, saying that his arrest was illegal and "unconstitutional." The professor's supporters say that his arrest is evidence of the government corruption, as well as the sway that aligned laboratories have on government. A supporter claimed that any allegation of mental instability on Fourtillan's part is baseless and intended to "shut up someone who is of sound mind but who annoys people with his works and work, which don't reflect the official line of medical and other methods to fight COVID-19."

In other evidence of the squelching of dissent in France, lung specialist Dr. Patrick Bellier is facing a five-month suspension from medical practice by the health authorities of the Auvergne-Rhône-Alpes region for "reasons of public health." The government's decision was announced Dec. 11 but was decided Dec. 8. The doctor has become known in France for wearing a mask in protest that bore the words: "Useless, ineffective, dangerous, criminal but mandatory."

The doctor has become known in France for wearing a mask in protest that bore the words: 'Useless, ineffective, dangerous, criminal but mandatory.'

Doctor Bellier had refused to examine patients wearing masks, while he also declined to wear a mask during examinations. The "precautionary measure" taken by the regional authorities is pending a ruling from the council of physicians of the Rhône department.

According to Agence France-Presse, the doctor said, "I am banned from practicing for five months because I refuse to wear a mask. Welcome to the [President] Macron dictatorship!" When he was first summoned before his colleagues to answer for his refusal, he said in September: "I am a lung doctor, I have to look at people's heads! I am not an extremist, but wearing a mask is useless, and it drives me crazy."

When he continued to refuse a mask, the physicians' council asked the Auvergne-Rhône-Alpes health authority to intervene.

Debate abounds in France and elsewhere over the advisability of the various COVID-19 vaccines, which were rushed through development in response to demands for preventing further spread of the virus.

In the United States, Bp. Joseph Strickland of Texas issued a letter saying that he will not accept a COVID-19 vaccine, writing: "As your shepherd, I cannot in good conscience receive a vaccine that has been produced using an aborted child."

However, the United States Conference of Catholic Bishops circulated a memo declaring that neither of the vaccines produced by Pfizer and Moderna were based on aborted fetal cell lines and are thus ethical for use by Catholics. Of the 78 vaccines currently in development, the one under development by AstraZeneca is based on fetal cell lines.

According to a 2005 paper released by the Pontifical Academy of Life in response to Catholics' concerns over using vaccines based on aborted fetal cell lines, Catholics have an obligation to use "alternative vaccines" and register their conscientious objection to morally problematic vaccines.

[T]he lawfulness of the use of these vaccines should not be misinterpreted as a declaration of the lawfulness of their production, marketing and use, but is to be understood as being a passive material cooperation and, in its mildest and remotest sense, also active, morally justified as an extrema ratio due to the necessity to provide for the good of one's children and of the people who come in contact with the children (pregnant women) ... ."

Coincidently, AstraZeneca is one of many British corporations and government agencies that have been infiltrated by loyal Chinese communists, according to The Daily Mail. Chinese researchers are also prominent in numerous academic institutions in the United States and have been prominent in studies relating to COVID-19, which originated in China, as well as related coronaviruses.

A retired U.S. military officer told Church Militant that China is waging a "covert war" to become the world's dominant power using tactics like the COVID "bioweapon" — strategies that are primarily used to "control" and subvert targeted countries.