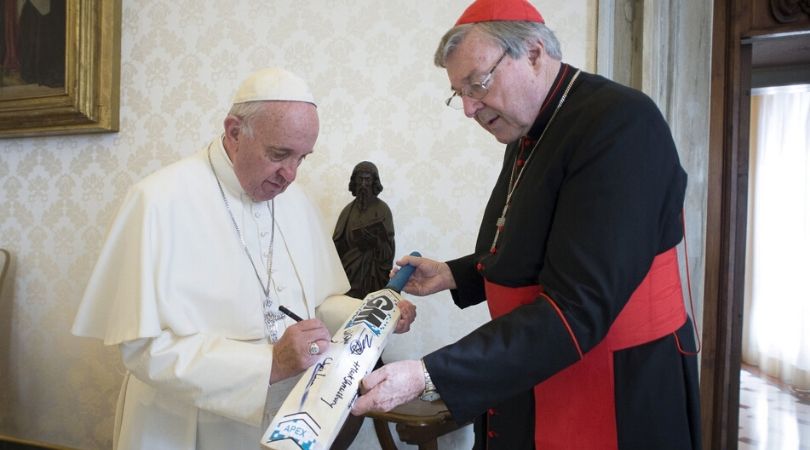 The decree, published Monday, seeks to put an end to the age-old Italian practice of favoritism in business dealings, while anyone convicted of, or under investigation for fraud, money laundering, tax evasion, child or human exploitation, terrorist financing or participation in organized crime is prohibited from bidding for Vatican contracts.

The "Rules on the transparency, control and competition of public contracts of the Holy See and of the Vatican City State," promulgated as an "Apostolic Letter in the form of a motu proprio" ("on its own initiative") centralizes the awarding of contracts for goods and services in the Administration of the Patrimony of the Apostolic See (APSA). The decree creates an impartial competitive bidding process and launches a frontal assault on all forms of "conflict of interest."

In the wake of the financial black hole created by the Wuhan virus pandemic, it also aims to achieve "the sustainable use of internal funds" and regain lost credibility by underlining "ethics in the orientation of economic choices" and "respect for the Church's social doctrine" in financial dealings.

Pell 'the bruiser' had been appointed precisely to enforce transparency and accountability.

Sources close to the Vatican's Secretariat for the Economy, created by Pope Francis in 2014, told Church Militant that Pell "the bruiser" had been appointed precisely to enforce transparency and accountability on a financial system which prided itself on being opaque and unaccountable.

"Cardinal Pell worked for these ideals, supported the recommendation of a single investment fund and insisted on its control and supervisory functions," another source close to the dicastery for economic affairs told La Nuova Bussola Quotidiana.

The Australian cardinal can interpret the pope's new rules "as his personal 'revenge,' albeit belatedly, on the many internal enemies who — as he revealed in his first television interview after his release — had hindered the mission of cleaning-up entrusted to him by Pope Francis," the Italian newspaper commented.

Pell himself wrote in 2014 that the Vatican "should adopt contemporary international financial standards, much as the rest of the world does" and "Vatican procedures should be transparent, with financial reporting broadly similar to that of other countries."

He also insisted on "the consolidated annual financial statement [to] be reviewed by one of the Big Four audit firms" and for "a separation of powers and that within the financial sector ... multiple sources of authority."

I'd trust more Pope Francis' commitment to financial transparency to combat financial corruption if he reappointed an international accountancy firm to conduct an independent audit of the Vatican's finances.

Observers point out that not all Pell's proposals have been incorporated into Pope Francis' edict. "I'd trust more Pope Francis' commitment to financial transparency to combat financial corruption if he reappointed an international accountancy firm to conduct an independent audit of the Vatican's finances," Deacon Nick Donnelly told Church Militant.

"What is urgently needed now is action, not just words, to drain the Vatican swamp of corruption and nepotism. Cdl. Pell had commissioned a world-renowned accountancy firm, Price Waterhouse Coopers, to undertake this audit but it was canceled by Secretary of State Cdl. Parolin in 2016," the crusader for Pell's release from prison said.

"Pell had already found millions squirreled away by Vatican departments that weren't on the books. The first-ever independent audit would have exposed the extent of corruption. Soon after commissioning the audit, Pell was falsely accused and imprisoned in Australia's worst miscarriage of justice," he explained.

"Following his release from prison, Pell admitted that many senior Vatican officials who support financial reform believe he was framed to stop him uncovering corruption," Donnelly noted.

Ettore Gotti Tedeschi, former head of the Vatican bank, was sacked on trumped-up charges from which he was eventually acquitted when he got too near the corruption. Francis should acknowledge Pell and Tedeschi's contribution in uncovering Vatican corruption and the appalling personal cost to them and their families.

Nico Spuntoni, author of Vaticano e Russia nell'era Ratzinger (Vatican and Russia in the Era of Ratzinger) agreed that "Above all, the new rules are a recognition and at the same time the crowning achievement of the work already begun by Cdl. George Pell in 2013, when Bergoglio wanted to appoint him to the Council of Eight in charge of helping him to reform the Curia and in 2014 appointed him at the helm of the newly established Secretariat for the Economy."

Pope Francis was elected with a mandate to reform Vatican finances after a series of scandals over alleged corruption and incompetence, including €550,000 ($610,000) spent on a manger scene in St. Peter's Square.

The Vatican has been rocked by recent financial scandals such as the purchase of a property on 60 Sloane Ave. in London for a price equalling more than $200 million with money taken from Peter's Pence, the pope's annual collection meant to be used towards the Holy See's charitable projects around the world.