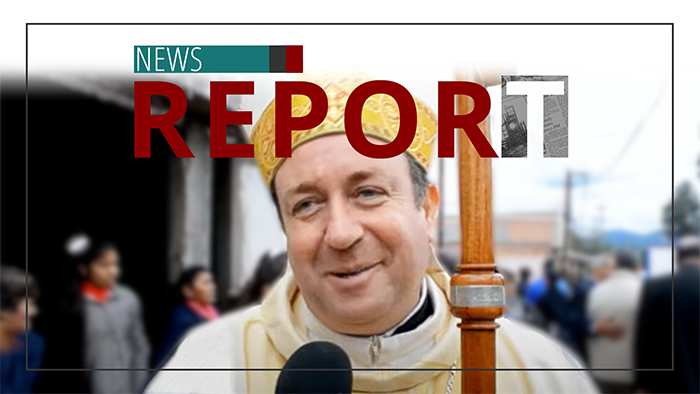 Drowning in sexual and financial scandal

Another Pope Francis–appointee drowning in sexual and financial scandal is no longer working at the Vatican. While nobody seems to know where he is, the prelate might be hesitant to return to his home country, Argentina. Church Militant's William Mahoney looks at a few of the reasons why.

It's been a little over a week since Argentinian bishop Gustavo Zanchetta finished working as an assessor at "APSA." APSA — the Administration of the Patrimony of the Apostolic See — functions as the treasury and central bank of Vatican City and the Holy See. It's unclear where Zanchetta is now.

Some speculate he returned to Argentina, where he's facing charges of financial malfeasance and sexual misconduct. Only months into his papacy, Francis appointed Zanchetta (in 2013) as bishop of Orán, in northern Argentina.

In 2015, Francis summoned the bishop to Rome to discuss pornography discovered on his cell phone. Francis seemed to accept Zanchetta's explanation — that his phone was hacked — and returned him to ministry.

Then, in 2019, back in Argentina, the bishop was charged with sexually assaulting two seminarians, and, soon thereafter, the country's Economic Crime Unit raided chancery offices to investigate his alleged financial fraud against the State.

Considering Zanchetta's shady history in Argentina, some wonder if he was picked for APSA precisely for being compromised, perhaps for the Vatican to have a ready fall guy.

The pornography found on Zanchetta's phone in 2015 included depictions of young people engaged in sexual acts.