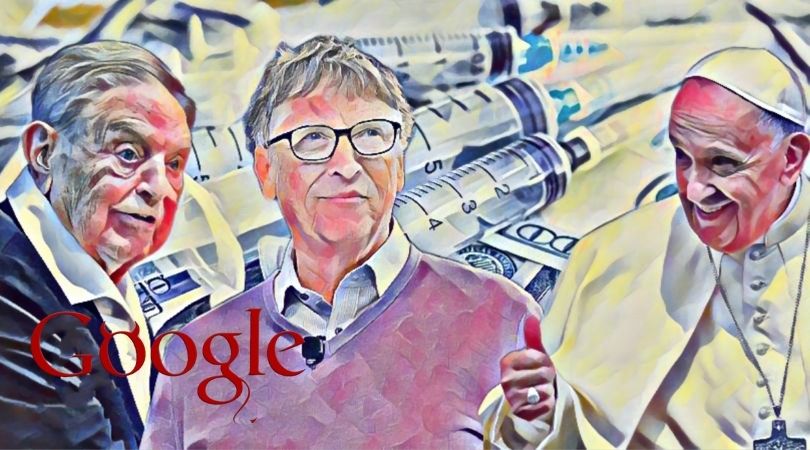 VATICAN CITY (ChurchMilitant.com) - Pope Francis has rushed to deliver a vigorous defense of a "fact-checking" operation days after Church Militant revealed that the Catholic cabal's partners were funded with cash from Google, Bill Gates and George Soros.

In his address to a private audience closed to journalists at the Clementine Hall on Friday, the vaccine-pushing pontiff railed against a spreading "infodemic," which he claimed was a "distortion of reality based on fear."

Francis praised the Google-funded Catholicfactchecking.com consortium for setting as a goal "the unmasking of fake news and partial or misleading information about COVID-19 vaccines" by "networking with different Catholic media and involving various experts."

The "sheer volume of allegedly 'scientific' information, comments and opinions, ends up causing confusion for the reader or listener," Francis said, noting that such "fake news" leads to "an explosion of commentary on falsified, if not invented, news."

Aleteia must no longer be called a news organization, but rather a PR company.

The Vatican did not provide the text of Montagne's introduction or reveal details about the select group invited to the pope's audience.

"With this speech, Francis not only confirms Church Militant's worst suspicions — and great journalism — he is basically saying to the world: 'Church Militant says this. I say that. Choose. Who do you say I am?'" Rome-based media commentator Benjamin Harnwell told Church Militant.

For those who have eyes to see and ears to hear, behold the rotten nexus between the fake so-called Catholic media, globalist anti-Catholic cash and the New World Order honorary chaplain himself — not as mere oblivious tool of our globalist overlords but as active coordinator, promoter and defender, directing everything from the top of the apex.

The pope's dogged defense of the vaccine comes in the wake of explosive revelations that Francis held two secret meetings with Pfizer CEO Albert Bourla in 2021. Francis and Bourla are also "agenda contributors" at the World Economic Forum — the elite Davos club of transnational globalists pushing the "Great Reset."

The very term 'fact-checking' has been thoroughly discredited by the China-virus crisis.

On Thursday, Aleteia published an editorial insisting it had been "maligned and slandered" and it had "never solicited funds from either the Bill and Melinda Gates Foundation or the Open Society Foundation." The publication did not name Church Militant in its English language editorial.

"Aleteia claims to have been 'slandered.' We know this is plain deception and diversion. If it truly believed itself to have been slandered it would sue for damages. It won't name Church Militant because it fears CM would immediately sue Aleteia for damages — and win," Harnwell observed.

"If Aleteia were still capable of serious journalism, rather than the sentimental 'papolatry' in which it now excels, it could have easily 'fact-checked' where the fronts giving its partners money got their money from," Harnwell added.

Verificat, a Catalonia-based "fact-checker" with no medical expertise, claimed 20,579.60 euros for 2019 in supplies and operating expenses, depending almost entirely on the grant awarded to it by Soros.

The group, which was set up in 2019 to verify information about the Barcelona mayoral elections, also received a grant of 20,007.52 euros from the International Fact-Checking Network (Poynter Institute) and YouTube (in 2020). IFCN has been funded by the Bill & Melinda Gates Foundation, Google, Facebook and Open Society Foundations since 2015.

Catholic media should be outraged that Francis is singling out a single media outfit to police other media agencies.

Aleteia's consortium provides a committee offering scientific consulting, specifically from the Barcelona Institute for Global Health (ISGlobal) — a body that has received over $57 million from the Bill & Melinda Gates Foundation.

From 2017–2019, ISGlobal received $146,644 from Soros' Open Society Foundations, which is pushing the experimental injections in Asia and Africa under the guise of "vaccine equity." The Soros Economic Development Fund (SEDF) works closely with the Gates Foundation.

"Aleteia accepted the Google grant only on the condition that we would maintain our editorial independence," the editorial maintained. "As a result, the grant has not directed or influenced our editorial line."

However, critics pointed out that the fact-checking operation was a farce from the outset because the Vatican, Aleteia and members of the consortium are committed to vaccine fundamentalism and permit no dissenting voices.

Vatican reporter Diane Montagna asked why the Vatican was encouraging dissenting voices on dogma or on settled issues like women deacons, but squelching debate with qualified scientists and doctors on COVID-19 and climate change.

Friends of mine roll their eyes every time the word 'fact-checker' is mentioned.

Montagna, co-author of Christus Vincit: Christ's Triumph Over the Darkness of the Age, tweeted:

"We should work to help provide correct and truthful information about COVID-19 and vaccines, without digging trenches or creating ghettos," PopeFrancis tells #Catholic fact-checkers. Is censorship and squelching debate a major "ghetto-creator?" Is it time for the #Vatican to listen?

Revealing that it had already taken a pro-vaccine editorial position, Aleteia's editorial emphasized that its aim was to clarify "vaccine misinformation" and that its "consortium has held fast to the magisterial teaching of the Catholic Church, which declared the use of COVID-19 vaccines morally permissive [sic]."

"Aleteia is an independent project, with no hierarchical or financial ties to the Church," the publication insisted — a claim debunked by Francis' rush to defend the "independent" media.

In October 2016, Pope Francis held a private audience with leaders from Google, WPP, Publicis and Aleteia at Santa Marta. At the meeting were Carlo D'Asaro Biondo, president of EMEA Strategic Relations at Google, and Aleteia's owner, Vincent Montagne.

Aleteia was an "official partner" at a November conference bringing together Big Tech tycoons and the world's leading advertising companies with Vatican top brass. Eric Schmidt, then-executive chairman of Alphabet, Google's parent company, was a star speaker at the event.

A highly placed source close to the Vatican told Church Militant he was surprised by the optics of Pope Francis' defense of the "fact-checking" industry.

"The very term 'fact-checking' has been thoroughly discredited by the China-virus crisis. It is common knowledge that these bodies are nothing but commissars of the regime," he noted, adding, "friends of mine roll their eyes every time the word 'fact-checker' is mentioned. Is the Vatican really so tone deaf to reality?"

The source also explained how the Vatican and Aleteia "freaked out" after several Italian, French, Spanish, German and Portuguese media groups picked up Church Militant's story, leaving Aleteia no option but to respond, lest Google pull funding from the discredited operation.

Aleteia has lost whatever integrity it still had left.

"Catholic media should be outraged that the pope is singling out a single media outfit to police other media agencies — including other Catholic media. If Aleteia isn't Francis' pet media, how come they managed to get him to come to their public defense?" the source asked.

In 2015, Google's parent company, Alphabet, launched Verily, its healthcare and life sciences division. "Google has been dabbling in the drug market for several years," the Center for Digital Ethics and Policy (CDEP) noted, pointing to Google's stranglehold on private health data.

In May 2019, Google announced it was teaming up with vaccine king Pfizer and other members of Big Pharma through Verily. Verily is currently partnering with Pfizer and the Duke Clinical Research Institute on a long-term surveillance study of the Pfizer vaccine.

"With Google entering the pharmaceuticals market through willing partnerships with manufacturers, it's no wonder they want to get their hands on data to help them move the drugs they're funding," the CDEP warned.

"Aleteia has lost whatever integrity it still had left," Harnwell concluded. "Its output is bought and paid for by our globalist overlords. Aleteia must no longer be called a news organization, but rather a PR company."

While the Vatican has introduced draconian measures forcing the jab — including stripping employees of human rights — Francis has remained silent on the criminal behavior of the seven vaccine manufacturers, Church Militant earlier reported.

Readers can follow Benjamin Harnwell on gettr @harnwell along with over 80k followers. 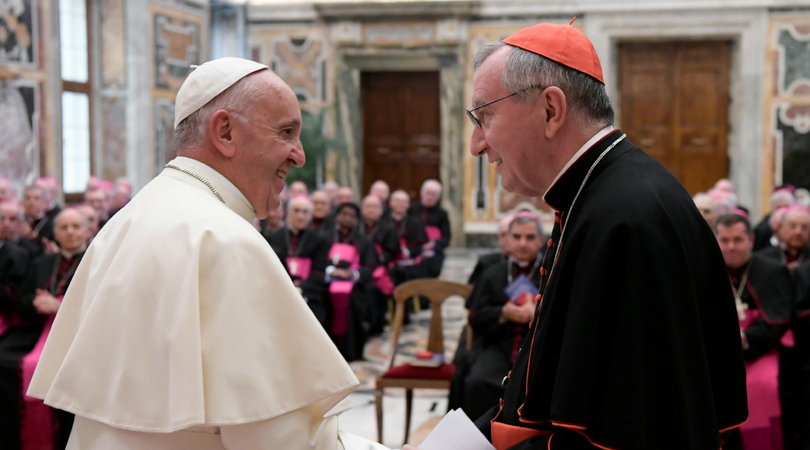