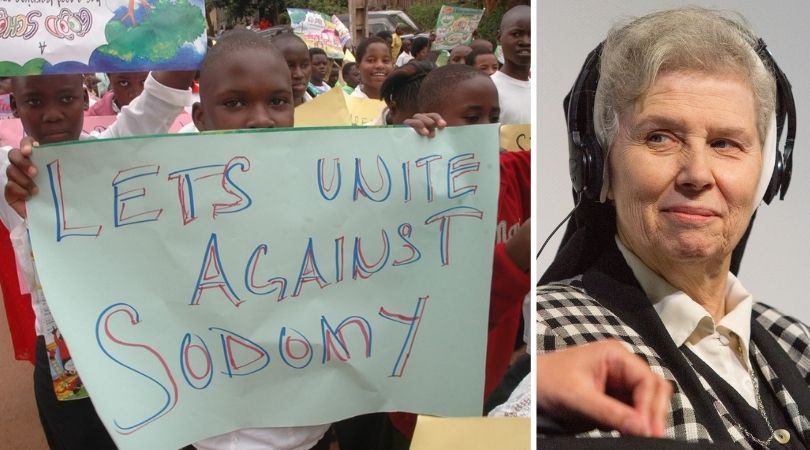 DUBLIN (ChurchMilitant.com) - A dissident nun, endorsed by Pope Francis, is claiming that the pontiff approved the Vatican's 2021 ban on same-sex blessings "without full knowledge of what was in the document."

Francis did not rescind the decree issued by the Congregation for the Doctrine of the Faith against blessings for gay unions because Africans and Eastern Europeans are "diametrically opposed" to what Westerners believe about LGBTQ+ people, Sr. Jeannine Gramick said.

However, the pope has "subtly" revoked the CDF decree by transferring the Vatican official responsible for issuing it, Gramick told the subversive pro-LGBTQ+ organization We Are Church Ireland, in an interview Sunday.

"The way he rescinds it is to remove the person who did the damage and put in people who won't do damage in the future. It's all very subtle," Gramick said. "We Westerners think of rescinding [as], you know, making a blanket statement. 'Oh, that was wrong!'"

But the pope "has to look at people who have a different point of view," she noted. "The job of any pope or bishop is not to tell people what is right and what is wrong. The faith must come from the people."

We have never had a word in any of our African languages for 'homosexuality.'

"It is not his job to move yet. So if there are people and theologians within the Catholic community who believe that the traditional sexual ethics need to change, we need to raise our voices and say that," the nun added.

Francis banished the CDF's second-in-command, Abp. Giacomo Morandi (age 56), to the bishopric of Italy's Reggio Emilia diocese as part of a continuing purge of conservatives from the Vatican stables, Church Militant reported in March.

Morandi is believed to have authored the CDF document, which categorically states, "God does not and cannot bless sin," as a responsum ad dubium ("reply to a doubt") — triggering a revolt in which dozens of German clergymen defiantly blessed gay couples.

An italicized gloss at the end of the decree states, "The sovereign pontiff, Francis, at the audience granted to the undersigned secretary of this Congregation, was informed and gave his assent to the publication of the above-mentioned responsum ad dubium."

We are coming to appreciate and value and reverence our lesbian sisters.

The Jesuit pro-LGBTQ+ National Catholic Reporter explained the document as "another tricky move in Francis' tightrope walk of upholding Church teaching while also trying to extend a warmer welcome to LGBTQ persons."

Interviewer Ursula Halligan asked Sr. Gramick how Francis could "show leadership" since "people are suffering as a result of Church teaching," especially "in jurisdictions where homosexuality is still criminalized."

"Pope Francis would very willingly subscribe to those protections we were talking about to safeguard LGBT people's lives," and "it's our obligation to bring those statements to him," Gramick responded.

A New Type of Nun

Gramick also noted that most religious who have taken the vow of celibacy are not "asexual" but "predominantly heterosexual or predominantly lesbian or bisexual" and that several nuns are now coming out of the closet as lesbians.

"We are coming to appreciate and value and reverence our lesbian sisters because they are devoted, they love what they are doing, they love their ministry, they love being of service to people and their sexuality is important to them — but it's incidental to their ministry," she noted, lamenting how "the poor gay priests have been blamed for the sexual abuse crisis."

Asked if she could foresee a time when LGBTQ+ couples will be able to marry in the Catholic Church, Gramick said that same-sex blessings are already taking place in Catholic churches in Germany, Switzerland and even the United States.

The way he rescinds it is to remove the person who did the damage and put in people who won't do damage in the future.

Ghanaian seminarian Lawrence Kofi Amoah told Church Militant  that"Westerners should not impose their so-called LGBTQ+ values and beliefs on us Ghanaians because the laws, values and cultural beliefs in Ghana do not allow for such practices."

"We have never had a word, in any of our languages, for 'homosexuality.' This is very foreign to our culture," said Bro Amoah, a student at Rome's Istituto Teologico San Pietro. "Most religious leaders — Christians, Muslims and traditionalists — in Ghana have clearly expressed their stand on this issue, condemning it as 'morally unacceptable.'"

During the 2014 Synod on the Family, Cdl. Walter Kasper said that African Catholics "should not tell us too much what we have to do" on homosexuality.

"Since the consecration of openly homosexual bishop Gene Robinson in 2003 and the first meeting of orthodox Anglican bishops in 2008 under the banner of GAFCON (Global Anglican Future Conference), made up mostly of African bishops, the Anglican communion has de facto divided. The fault line could not be clearer."

"The West has rejected the authority of Scripture on human sexuality, aligning itself with a woke culture of pansexuality," Virtue remarked. "For its sins, it is dying in North America and Europe — while a vibrant African Anglicanism rises from the ashes of a post-colonial past."

In 2006, Sister Gramick was photographed with the world's first openly gay Episcopal bishop, Gene Robinson. Robinson's appointment as bishop triggered the beginning of a de facto schism between the African and Western Anglican provinces. The Anglican bishop divorced his wife to marry his gay partner — and later divorced his male partner.

In December, Francis sent a handwritten letter to Gramick acknowledging that he knew "how much she has suffered" and describing her as "a valiant woman who makes her decisions in prayer." 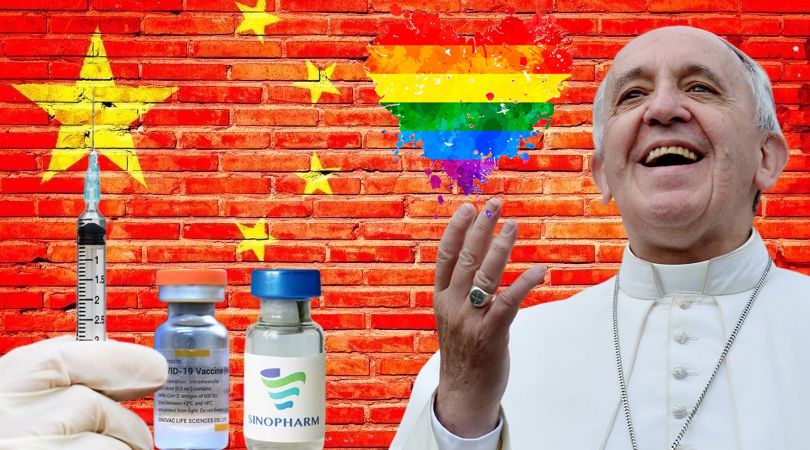