VATICAN CITY (ChurchMilitant.com) - A leading Vatican Freemason from the Pontifical Council for Interreligious Dialogue (PCID) is one of the speakers representing the Holy See at the G20 Saudi Arabia Interfaith Forum Oct. 13–16.

Father Michael Heinrich Weninger, who was outed as a Freemason when celebrating Mass at the 2014 consecration of the new lodge of Mark Master Masons No. 1954, Austria, spoke Tuesday on slavery and human trafficking.

Weninger is accompanied by Islamic expert and PCID president Cdl. Miguel Ángel Ayuso Guixot and Bologna's Cdl. Matteo Zuppi, the latter of whom is a confidant of Pope Francis and a close ally of Italian Muslims.

Despite the interdicts of 11 popes over 200 years condemning Freemasonry and the Congregation for the Doctrine of Faith (CDF) reiterating that membership in Masonic lodges "remains forbidden," Fr. Weninger continues to occupy a position in the Roman curia and advocate for freemasonry.

"The faithful who enrol in Masonic associations are in a state of grave sin and may not receive Holy Communion," the CDF ruled in 1983.

The Interfaith Forum is being viewed as a public relations strategy by Saudi Arabia under Saudi Crown Prince Mohammed bin Salman, "who has tried to put an international sheen on his despotic reign."

Critics are slamming the Vatican endorsing the regime despite its notable human rights violations and radical departure from the ideals proposed by Pope Francis in his latest encyclical, Fratelli Tutti.

Those found with Bibles, crucifixes or other Christian material still risk arrest and, if they're foreigners, deportation.

Observers have also pointed to the unmistakable coincidence of the Interfaith Forum occurring in light of Saudi Arabia's bid for a seat on the U.N. Human Rights Council.

On Tuesday, Saudi Arabia failed to secure one of the three-year seats on the U.N. Human Rights Council, obtaining just 90 votes from the 180-member body.

"While Saudi Arabia has taken steps toward reform, there still exists no church of any other non-Muslim house of worship on Saudi soil because the Saudi government is bent on implementing Muhammad's command that only Islam should exist on the Arabian Peninsula," commented Spencer, author of 21 books on Islam and the Middle East.

"Those found with Bibles, crucifixes or other Christian material still risk arrest and, if they're foreigners, deportation. Women were recently given the right to drive, but that only underscored how severely Saudi society oppresses women," Spencer underscored.

Saudi Arabia was the only country up for membership that failed to get elected, leading Bruno Stagno, Deputy Executive Director of Human Rights Watch (HRW), to applaud the "stunning rebuke to Saudi Arabia under Mohammed bin Salman."

It was the "only country not elected, shunned by a majority of the U.N. The kingdom reaped what it deserves for its serious violations of human rights and war crimes abroad," Stagno observed.

The kingdom reaped what it deserves for its serious violations of human rights and war crimes abroad.

The country is notorious for its use of the death penalty, HRW notes. On April 23, 2019, it carried out a mass execution of 37 men, including 33 from the country's minority Shia community "who had been convicted following unfair trials."

Saudi Arabia's Interior Ministry reported that the country executed 179 persons between January and mid-November 2019, mostly for murder and drug crimes. Executions are by firing squad, beheading and even crucifixion, sometimes in public.

Pope Francis has stridently opposed the death penalty in his latest encyclical, Fratelli Tutti, but has remained silent on the practice in Islamic countries and continues to ally himself with Islamic proponents of the death penalty like Saudi Arabia and Grand Imam of al-Azhar Ahmad al-Tayyeb, Church Militant reported.

In stark opposition to Pope Francis' call for the welcome and humane treatment of migrants in Fratelli Tutti, Saudi Arabia is known for its systemic oppression of migrant workers.

Further, the theocracy is not a signatory to the 1951 Refugee Convention and does not have an asylum system to protect people fearing persecution.

At the Forum, Cdl. Ayuso flagged the pontiff's encyclical calling for "unity, solidarity and fraternity, for bettering our 'common home,' as Pope Francis is continuously reminding us all."

It is necessary to answer Pope Francis' call to "reaffirm that we are members of the one human family," he added.

The International Conference on 21st Century Slavery stated that human trafficking constitutes a shocking offense against human dignity and a grave violation of fundamental human rights, particularly the sexual exploitation of women and children.

Injustice, exploitation and abuse are often deeply institutionalized due to financial profit. There is a need for faith leaders to challenge these social injustices, particularly as they constitute a fundamental issue of human rights. 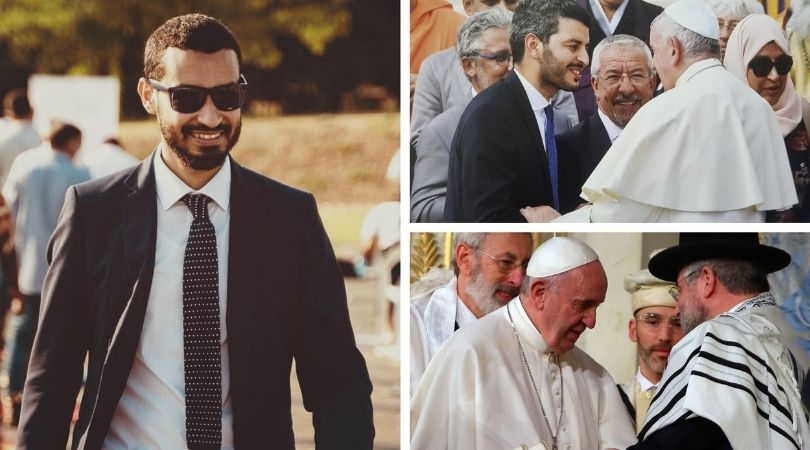