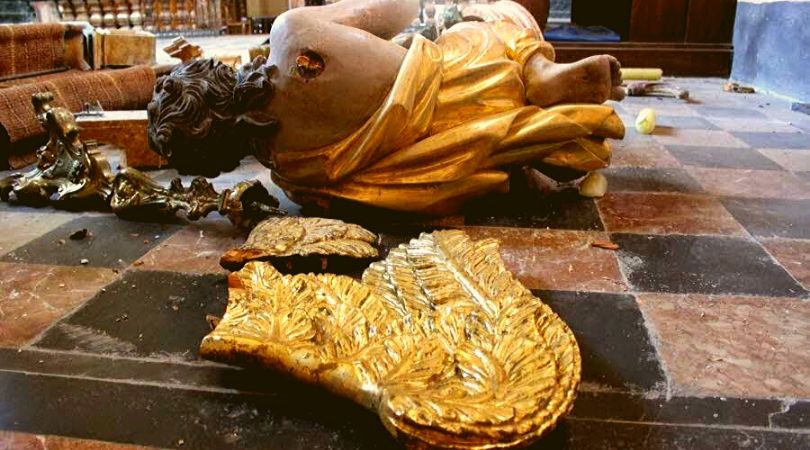 CAEN, France (ChurchMilitant.com) - France is experiencing a rash of escalating attacks on the Catholic community, leaving many troubled about the turn the country is taking.

The diocese of Bayeux-Lisieux in the north of France, for example, has experienced a series of attacks in recent months, and its bishop is speaking out about the rise in violence and hatred toward Christians.

Bishop Jean-Claude Boulanger recently testified to French justice officials about the growing trend. "I made a report to the public prosecutor of Caen and to the prefect of Calvados" he affirmed, "as a way to attract attention — to push the state to react to the fear expressed by Catholics."

Bishop Boulanger reported that between October 2019 and Jan. 21, 2020, the faithful of his diocese fell victim to three deliberate attacks.

The first took place on Sunday, Oct. 13 when a gang of youths attacked a bus full of pilgrims, including several people who were ill, after they had returned from the Grotto of Massabielle in Lourdes back to Caen.

A second assault involved around 20 hooded people, dressed in black, trying to prevent a bus from leaving Caen for the celebrations of the apparition of the Virgin Mary in the small town of North Mayenne. The vandals spray-painted the bus and shot paintball pellets at the windshield before the driver managed to leave.

Around 50 people, including elderly passengers and children, had taken their places on the bus when the attack occurred.

Father Laurent Berthout, head of communications for the diocese of Bayeux-Lisieux, said the attack lasted "two minutes, but two minutes which seemed very long for the people who saw everything."

Father Berthout added, "We have to worry about French society today, where there is this violence which is taking place, where a lot of French people no longer know how to dialogue together. This is not normal."

Another strike involved anti-Christian symbols painted onto the students' champaincy building near the Abbey of Sainte-Trinité, an ancient building in Caen.

"Going after young people is not acceptable," Bp. Boulanger said. "People who demonstrate have the right to demonstrate. It is the right of our democracy."

"But we do not attack pilgrims and young people who pray," he added. "We have the right to be respected in this country. I respect those who do not share my convictions. I do not understand this hatred. That they reach me, yes, I am old. ... but that they target young people? No."

The attacks in the diocese of Bayeux-Lisieux represent a fraction of the many anti-Christian attacks occurring with frequency in France, sparking fears of a rise in anti-Catholic sentiment in the country.

According to a 2019 report, France sees an average of three anti-Christian attacks per day — many of which are attacks on churches and cathedrals.

Anti-Christian vandalism was rarely reported by European media until the early months of 2019, when vandals desecrated nine churches in France within the span of two weeks.

In one instance, in early February, intruders broke into the Church of Notre-Dame-des-Enfants in Nîmes, near the Spanish border, and smeared excrement on a wall in the form of a cross, then stuck consecrated hosts to it. They also stole objects from the altar.

In another, vandals set fire to Paris' Church of Saint-Sulpice — the city's second-largest church — in March.

In 2048 there could be the last baptism.

In yet another March incident, in a heavily migrant-populated Paris suburb, marauders ransacked the 800-year-old Basilica of Saint-Denis, heavily damaging the church's organ and smashing its stained glass windows.

The trend shows no signs of abating. More 1,000 anti-Christian attacks occurred in France in 2019, according to data compiled by Daniel Hamiche, editor-in-chief of Observatory of Christianophobia, which has been chronicling the destruction of Christian heritage in France.

In spite of the growing trend, Abp. Georges Pontier, former president of the Bishops' Conference of France, claims there is no crisis. He insists the wave of church attacks is limited is being perpetrated by just a few people: "There are a few individuals who'll use any means to damage the Church, but it's not a predominant phenomenon. We are not victims of 'cathophobia.'"

The prelate insists that the Catholic faith is flourishing in France, noting that his diocese [of Marseille] "baptizes hundreds of adults every year."

Political analyst Jérôme Fourquet, director of the opinion department of the French Institute of Public Opinion (IFOP), published L'archipel français: naissance d'une nation multiple et divisée (The French Archipelago: Birth of a Multiple and Divided Nation) in 2019, in which he puts forth these trends: in 2048 there could be the last baptism, in 2031 the last Catholic marriage and in 2044 the total disappearance of French priests. 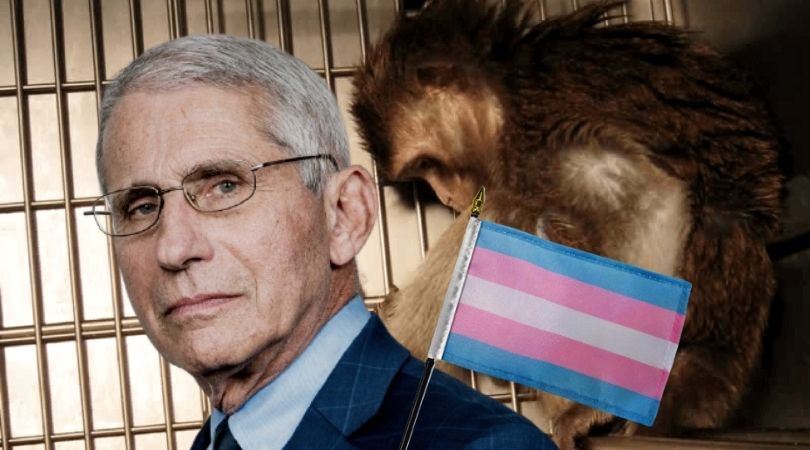