French Predator Priest: Church Should Have Stopped Me 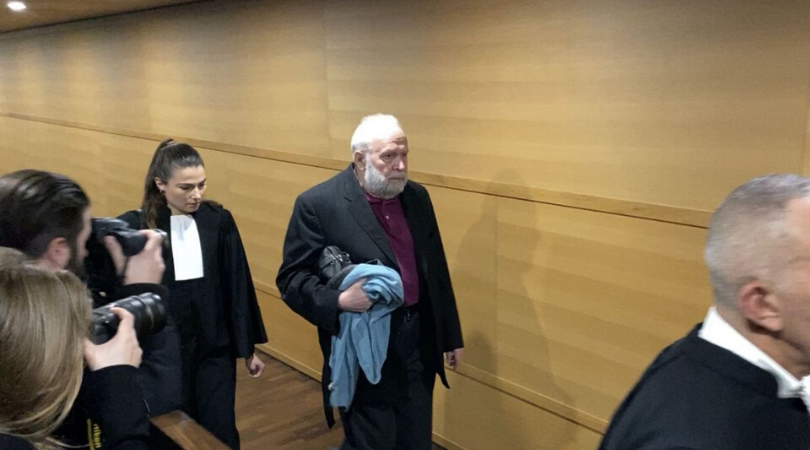 LYON, France (ChurchMilitant.com) - A self-accused pedophile in France's biggest clergy sex abuse trial is saying multiple Catholic superiors, including certain cardinals, were aware of his crimes but did not stop him.

Bernard Preynat, a priest of the diocese of Lyon, France is blowing the whistle on his Catholic leader, who enabled him to abuse minors for decades.

"Had the church sidelined me earlier, I would have stopped earlier," testified Preynat, at his trial taking place last week in Lyon.

The archbishop of Lyon, Cdl. Phillipe Barbarin, was in charge of Preynat since 2002, but kept silent. Barbarin was convicted by a French court in 2019 of covering for Preynat's crimes. Allegations of sex abuse against Preynat surfaced in 1991. The 68-year-old cardinal, however, kept Preynat in active ministry until 2015.

Preynat, who is 74, testified in court that his sexual obsession for young boys began when he was in his early teens and was well-known by his supervisor at that time, while he was in the minor seminary. He also says he told his bishop of his proclivities prior to his ordination.

"At 14, 15 years old, I became interested in the youngest boys and the supervisor summoned me to tell me that I was abnormal and sick," admitted Preynat. "I explained this to the bishop."

"I thought I was cured after my therapy," stated Preynat in court. "I was disappointed because I started again with the kids. After that, no other member of the church encouraged me to do another one [therapy session]."

Successive archbishops of his diocese in Lyon, said Preynat, never reported his ongoing crimes to police and kept him in active ministry. Preynat wasn't defrocked until July 2019 following 40 years of complaints by concerned parents of the predator priest's alleged victims.

One of them, Pierre-Emmanuel Germain-Thill, says the four-day hearings show how the hierarchy was aware of Preynat's crimes but chose to let him continue.

"This trial shows that supervisors in the hierarchy were aware. We can see there was a lid over the diocese," remarked Germain-Thill. "On several occasions, parents denounced him."

The frequency of Preynat's sexual abuse of minors was alarming to many. He testified that while being scout chaplain between 1970–1990, he had abused up to two boys "almost every weekend" for 20 years. Preynat further admitted that during that same period he had abused as many as four or five boys a week while leading one-week scout camps.

Cardinal Albert Decourtray became the new archbishop of Lyon in 1981 but also enabled Preynat to continue abusing boys. After new allegations from parents surfaced, Decourtray's chancery officials simply warned Preynat that such abuse could look bad if it became widely reported by media.

"I was warned by the hierarchy of the impact these acts could have in the media," Preynat said.

Had the church sidelined me earlier, I would have stopped earlier.

He was then sent back to work as usual. Another accusation in 1985 was likewise suppressed, said the priest.

It was only in 1991, after more outcry from parents, that Preynat was removed from his leadership role over boys in his scout group. He still remained in active ministry after swearing to Decourtray that he would stop abusing boys. He said Decourtray didn't want to know the details of Preynat's past 20 years of abuse.

"I told him that it was a long story, the drama of my life," testified Preynat. "He made a movement with his arm so that I wouldn't tell him the facts."

Preynat was placed in a countryside parish of Lyon where he remained until 2015.

Cardinal Louis-Marie Bille succeeded Decourtray in 1998. Preynat said when Bille called him in, it was only to ask if the cases of abuse were too old to be prosecuted.

"I was received [by Bille] for 10 minutes," recalled Preynat. "He sent me to see a lawyer."

Barbarin, who succeeded Bille in 2002, admitted in 2017 to mishandling Preynat's case. Barbarin offered his resignation as archbishop of Lyon to Pope Francis in March, but Francis has so far refused to accept it.