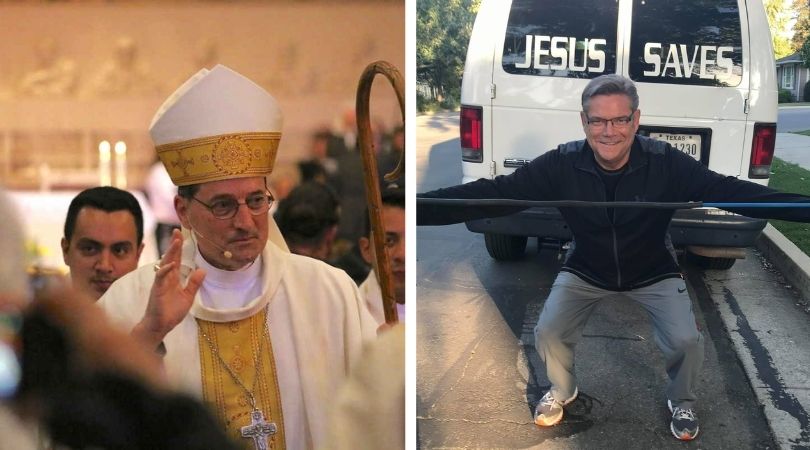 BAKERSFIELD, Calif. (ChurchMilitant.com) - The bishop of Fresno, California is breaking his years-long silence about a notorious Bakersfield priest, revealing he may have abused at least seven children.

Bishop Joseph Brennan had a letter read aloud at all parishes over the weekend giving more details about the defrocked Msgr. Craig Harrison, a popular priest of nearly 40 years in Bakersfield. Harrison continues to officiate at weddings, funerals and lead spiritual retreats, in spite of a Vatican decree of laicization ordering him to cease leading such events.

"The diocese of Fresno has consistently had a 'no comment' response through all of this," the letter explains. "If you found that frustrating, then just remember that I share that frustration with you."

The bishop goes on to reveal the number of credible allegations against Harrison: "It might be helpful for you to know that the diocese of Fresno did receive allegations of misconduct involving seven minors against Craig Harrison. The Diocesan Review Board reviewed all available information regarding each allegation and arrived at the opinion that the allegations were credible."

Multiple men came forward in 2019 accusing Harrison of abuse when they were teens, leading to three separate criminal investigations by law enforcement in Bakersfield, Firebaugh and Merced County, where the alleged abuse took place.

The allegations were credible.

While none of the investigations resulted in prosecution, the Fresno County district attorney made clear Harrison was not exonerated:

While the allegations made against Monsignor Harrison appear credible to investigators, they reportedly occurred in the 1990s. These allegations were not reported to law enforcement until April of 2019. Delayed reporting is not uncommon in sexual assault cases, but it can limit the ability to criminally charge and prosecute offenders.

Bakersfield police were criticized for conducting a "sham" investigation, as it ignored 95% of witnesses, failing to call them or interview them. Marred by a reputation for corruption, the Bakersfield Police Department was questioned for its close relationship with Harrison, their official chaplain, with critics accusing them of bias.

The bishop's letter makes clear Harrison would have to get the bishop's signed permission before offering a eulogy at any Catholic funeral.

The bishop also weighs in on Harrison's claims to be a "life coach" and counselor. "I do not begrudge anyone's effort to make a living," says Brennan. "I must say, however, that I would like to know what advanced degrees or certificates he has worked for and received so as to qualify for offering such services."

"[W]hat is much more problematic is that he has also publicly indicated that he is offering spiritual counseling and spiritual direction," the bishop notes. "Well, 'spiritual direction' is a specific ministry in the Church reserved to priests in active ministry and lay people who have been both properly prepared and approved by their local bishop to offer such ministry."

Harrison reacted to the letter by accusing his bishop of dishonesty: "[W]hen you feel someone is not honest or someone attacks you, just say to yourself, Lord I release them to you with love, mercy and forgiveness. ... No hate, slander, just send them Christ's love."

The statement contradicts Harrison's own actions when a whistleblower, Ryan Gilligan, went public in 2019 to expose sexual grooming he had experienced by the former priest.

"I witnessed him being inappropriate with children, giving gifts/money, saying sexual jokes, touching, and being alone with them," Gilligan wrote at the time. "I have also witnessed him taking advantage and controlling the lives of younger men entrusted to him that have had drug or alcohol problems."

Harrison immediately went on the attack by portraying Gilligan as a liar and an alcoholic, claims Gilligan has denied. The former priest also sued Gilligan for defamation, along with filing separate defamation lawsuits against Stephen Brady, founder of Roman Catholic Faithful, and the diocese of Fresno.

"This is an action brought by a powerful public figure, using all of his extensive resources and connections in his local community, to engage in a pattern of rank intimidation against those who speak against him," Brady's attorneys argued in a July 2020 court appeal. "He's sued a victim, an investigator and his own diocese — and enlisted his brother to engage in a campaign of harassment."

Harrison lost his case against Fresno, while the litigation against Gilligan and Brady remain ongoing. Shortly after the court handed down the victory for the diocese, it added Harrison's name to its public list of credibly accused clergy.

After the bishop's letter was read at St. Francis Church, Harrison's former parish, some Catholics responded with anger.

"As the letter from Bishop Brennan was read, the shock of the subject again being aired was palpable through out St. Francis," wrote parishioner Margaret Johnson in comments shared on Harrison's Facebook page (she has since made her comments private).

"When someone becomes obsessed with another individual this can be an unhealthy fixation requiring counseling and medication," she continued. "Such appears the case with Bishop Brennan."

"Craig Francis Harrison you are always in our hearts," Johnson added.

Numerous other supporters have left comments on Harrison's Facebook page pledging their support and praising him for his "wisdom."

"Always taking the road of the highest and leading your flock by example," wrote Natalina Davis.

"It was an attack to influence the faithful," said Melissa Hendricks of the bishop's letter.

"Thanks for sharing your amazing gifts Craig!" said Maripat Miller.

"You have been such an inspirational voice to me as I re-discover my faith. Thank you," remarked Susan Marie.

Since Harrison's suspension in 2019, he has refused to keep a low profile, offering services, retreats and talks throughout town.

For instance, on July 28, 2021, a packed audience attended Bakersfield's Fox Theatre to listen to Harrison's "Reflections for Women." The talk was titled: "When trust is broken, experiencing betrayal and lies."

The event was sponsored by Woolgrower's Restaurant, a local venue that has long supported Harrison, even naming a dish on the menu after him.

In May, Harrison held a talk for women attended by about 600 supporters, including California state senator Shannon Grove, a Republican who represents the 16th Senate District, which encompasses Bakersfield.

Harrison has also attended other high-profile events, including a fundraiser for St. Vincent de Paul Charities, among others.

In spite of being credibly accused of abuse, Harrison's name remains on the St. Francis Church Youth Center.

Harrison was suspected of abuse long before 2019. In 1998, more than 20 years ago, police received an accusation against him by a male minor.

The diocese conducted an internal review, dismissing the claim as not credible. That was under the late Bp. John Steinbock, a bishop with a reputation for covering up homosexual predation.

The 1998 claim involved a male teen who lived in the rectory of St. Joseph's Catholic Church in Firebaugh in the early 1990s, when Harrison was pastor.

He claims Harrison would inspect his genitals each night under the pretext that the examination would reveal whether the boy had done drugs.

The allegation is identical to that of another boy who lived in one of Harrison's homes for troubled teens.

Church Militant obtained a 2004 official report issued by former FBI agent Tom Walsh, who learned from a former resident of one of the boys' homes that "every morning Harrison lined up all the boys who were residing in the house and examined each boy's testicles with a flashlight. Telling them that by doing this he could tell if any one of them was using narcotics."

The conduct is also identical to two other accusers who stepped forward more recently, saying Harrison would also inspect their genitals citing the same reasons.

Another alleged victim claims Harrison pinned him against the wall and rubbed his erect penis against him.

The 2004 FBI investigator's report goes on to detail evidence of at least one suicide of a boy who lived with Harrison. That suicide was independently corroborated by Gilligan.

The report also notes possible financial malfeasance regarding the thousands in funds the priest solicited on behalf of his boys' homes.

Brady unearthed a 2004 email from a young man detailing his sexual encounters with Harrison: "I attended St. Joseph's Church in Firebaugh while Fr. Craig Harrison was pastor. In that time, I personally had two sexual encounters and one semi-sexual encounter with him. Twice in his son Herculano's bedroom and the other in the back of his Ford Explorer."

The relationship ended when he walked in on Harrison allegedly engaging in gay sex with another man.

When the student confessed his sexual sins to a visiting Franciscan, he was told to remain quiet and "give it to God."

The student claimed to know approximately nine young men who had engaged in sex with Harrison.

The letter was sent to then-Vicar General Msgr. Myron Cotta, who served under Bp. Steinbock, but the allegation was never pursued. 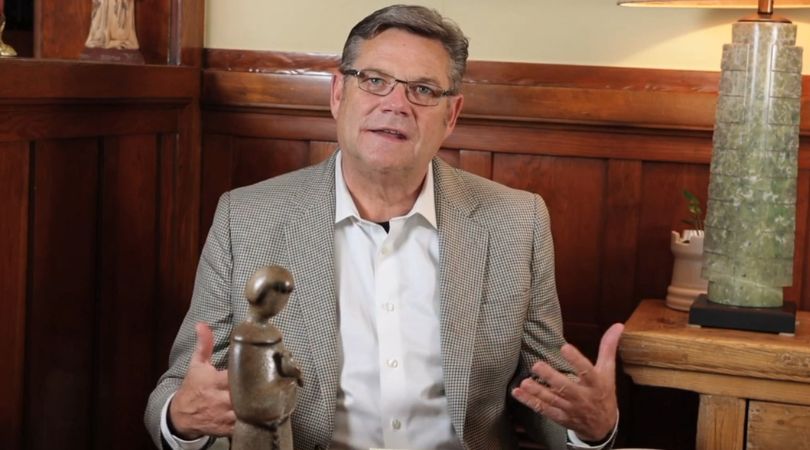 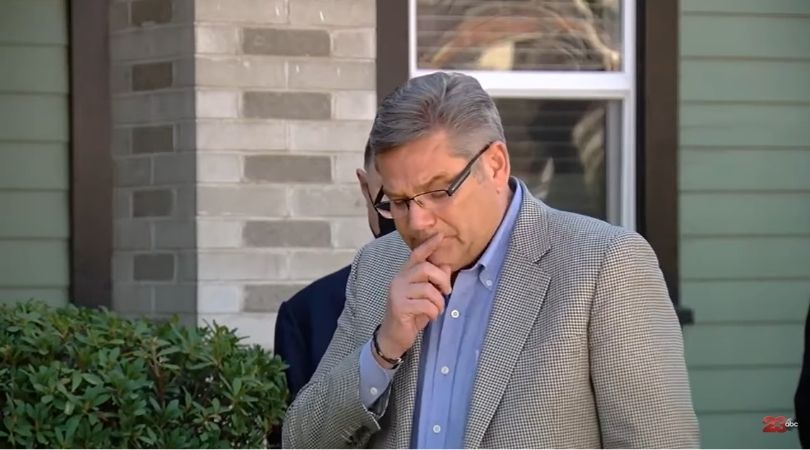 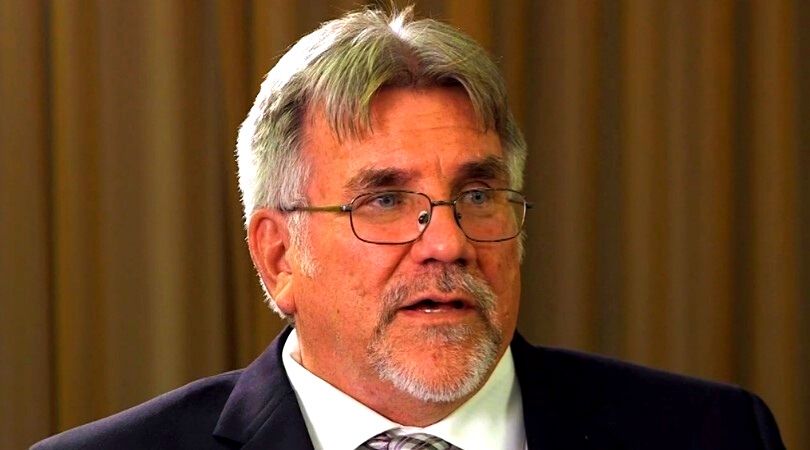