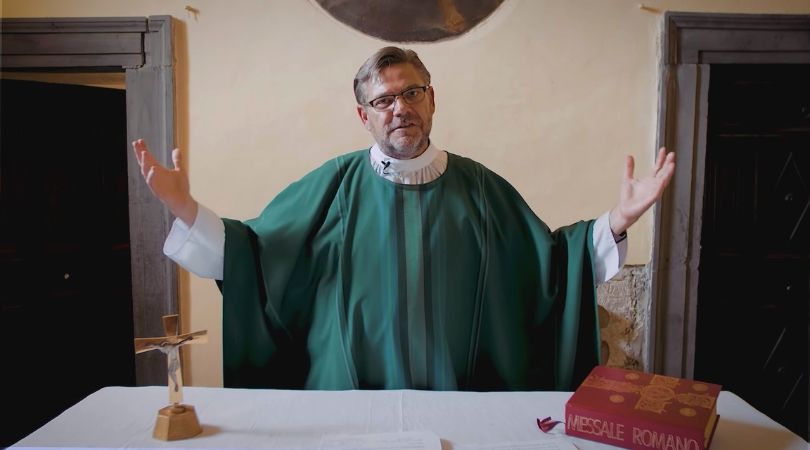 Prosecution prevented by statute of limitations

The Fresno County district attorney (D.A.) issued a public statement Friday making clear its decision not to prosecute is not in any way an exoneration.

"While the allegations made against Monsignor Harrison appear credible to investigators, they reportedly occurred in the 1990s," the news release states. "These allegations were not reported to law enforcement until April of 2019."

"Delayed reporting is not uncommon in sexual assault cases, but it can limit the ability to criminally charge and prosecute offenders," it continued.

The wording of the press release makes clear the D.A. would pursue criminal prosecution if the law permitted it.

After listing four criteria that all cases must meet before pursuing prosecution, the statement explains, "Even in cases where the allegations meet the stated filing criteria, prosecutors cannot file charges if the statute of limitations has expired."

The statement goes on to twice reiterate that the reason for its decision not to pursue criminal charges is solely because the claims were time-barred.

Harrison's attorney Kyle Humphrey is calling the statement "an outrage."

"That's an absolute misstatement," he said about the finding that the allegations are "credible," accusing the Fresno County D.A. of failing to conduct a thorough investigation.

The allegation involves a man in Firebaugh who accused Harrison of groping him on three occasions when he was a teen at St. Joseph church, where Harrison was assigned. His claim is similar to multiple other males in other counties who have also stepped forward accusing the priest of abuse, leading to investigations in neighboring Merced County and Bakersfield.

The Merced County police department turned over its investigation in August to the local D.A., who was similarly barred from pursuing criminal charges based on the statute of limitations.

Bakersfield Police, however, closed its investigation into Harrison after ignoring 95% of witnesses, leading to criticism that it was a sham investigation conducted by a compromised police department. Harrison has close ties to Bakersfield police, serving as their longtime chaplain as well as chaplain to the Kern County Sheriff's Office.

A total of 44 witness names were provided to Bakersfield police by two local monks, but lead investigator Randy Petris only interviewed two of the witnesses, ignoring the remaining 42. Among the individuals not interviewed by Petris:
Additionally, a deacon and a number of employees and volunteers at Harrison's parish who witnessed his conduct with minors were ignored, along with a personal trainer, a Fresno seminarian, a young man in rehab, a security guard and multiple other individuals.
Catholics await the Fresno diocese's decision with regard to its own investigation of Harrison. In a statement released in July, the Fresno diocese said it would await the outcome of all remaining investigations before making a final decision. Now that the last investigation is closed, Bp. Joseph Brennan's judgment on Harrison's future priestly ministry is imminent.
According to sources close to the situation, Harrison's laicization is likely.
--- Campaign 31877 ---