DETROIT (ChurchMilitant.com) - A new survey of U.S. Catholics found decreasing rates of church attendance in the past decade. 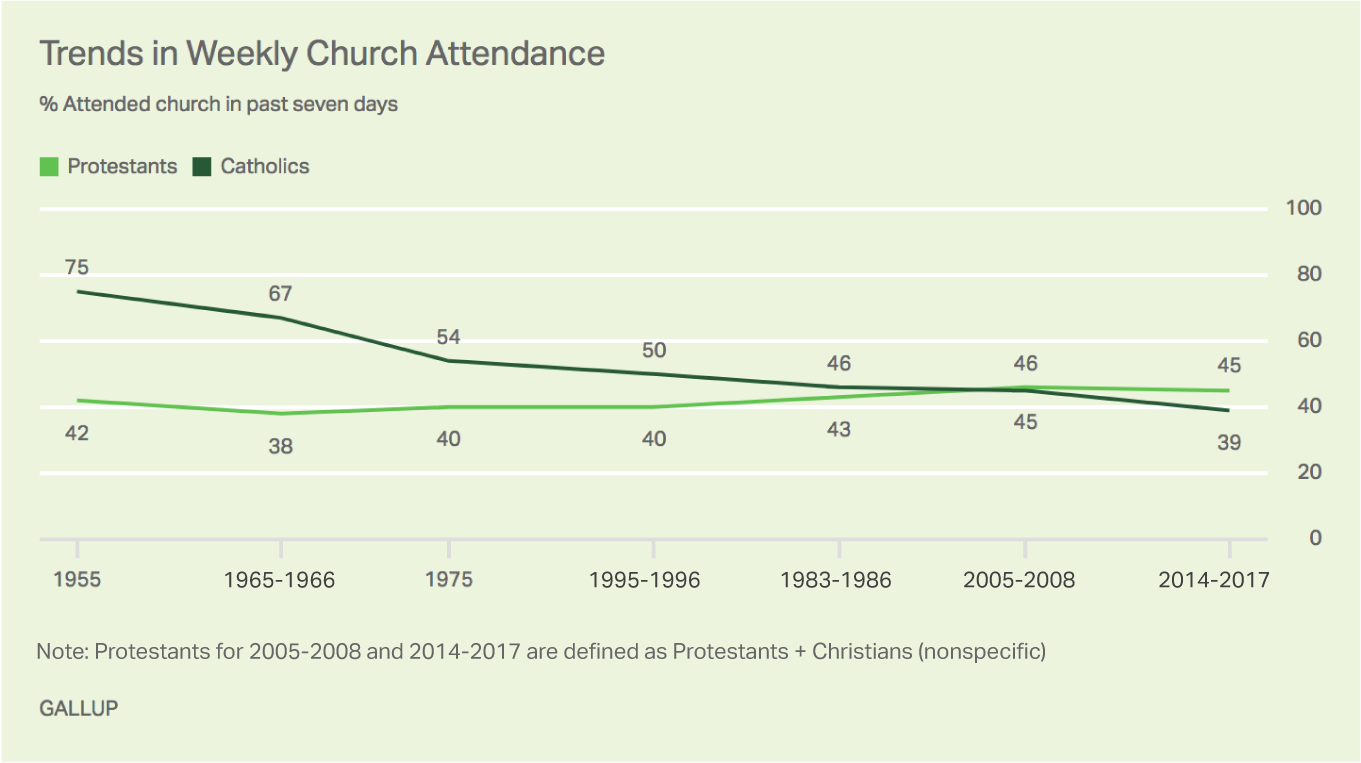 The survey has revealed in a past poll from 2009 that between the 1950s and 1970s, the average number of Catholics attending Mass weekly fell 20 percentage points. The rate slowed down to four points per decade through the mid-1990s and balanced out in the mid-2000s. But in the past decade, the percentage has dropped another six points.

The age of practicing Catholics was insignificant in 1955 because nearly three in four Catholics worshipped every week. However, since the 1960s that figure dropped significantly among Catholics between the ages of 21 to 29, decreasing from 73 percent in 1955 to 25 percent from 2014 to 2017. 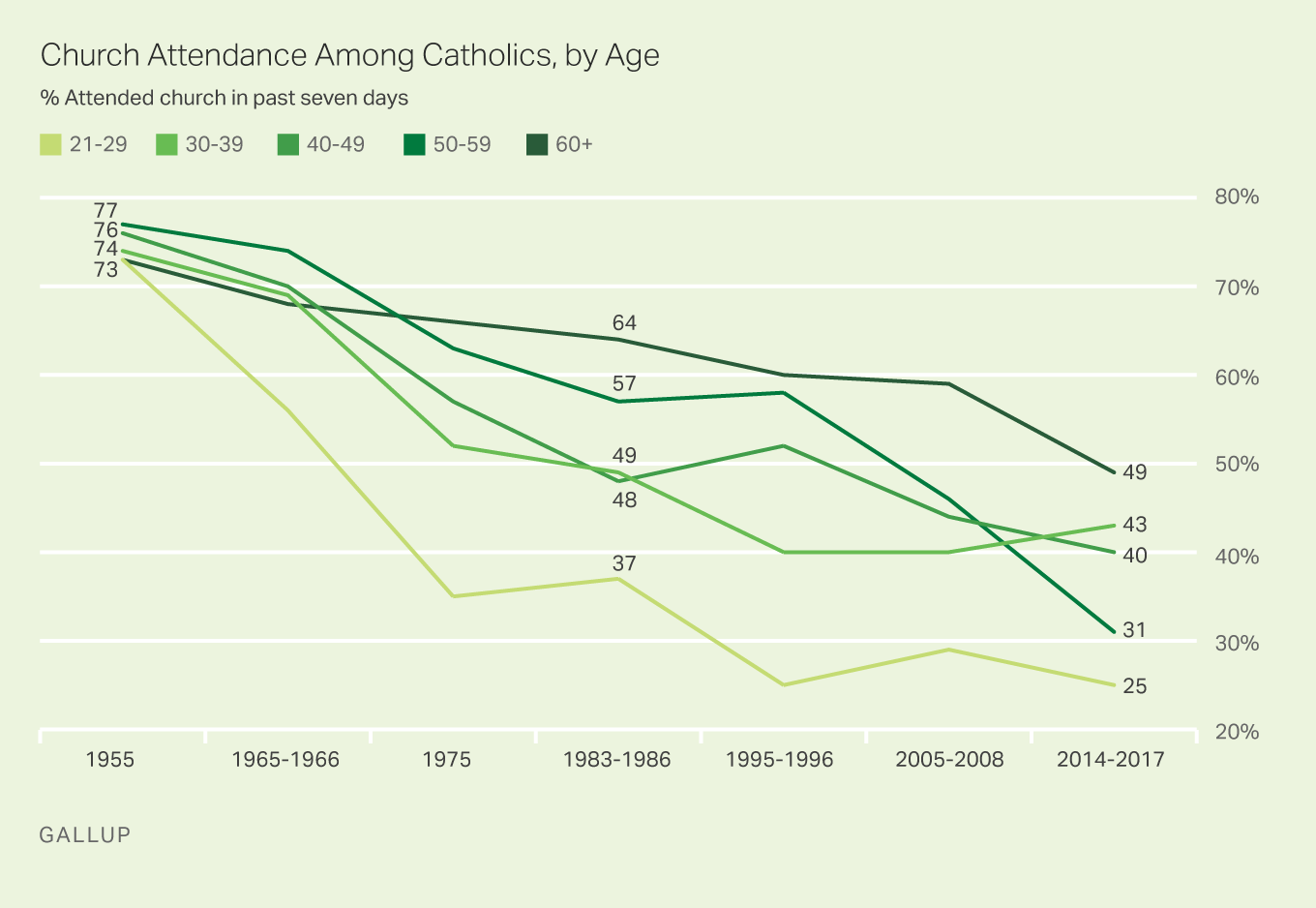 The number of Catholics in the United States has remained consistent since 1948, fluctuating between 21 percent and 29 percent. Monday's poll report 22 percent of American adults identify as Catholic as compared to 24 percent in 1955.

There is a large percentage of young adults — 33 percent — between 21 and 29 who not practice or profess any particular religion but rather consider themselves "nones." This is up from only 2 to 3 percent of Americans in the late 1940s and 1950s, and over 10 percent in the 1990s.

There is a large percentage of young adults — 33 percent — between 21 and 29 who not practice or profess any particular religion.

The survey from Monday did not speculate on reasons for the decline in numbers. But the 2009 poll offered thoughts from theologians and observers on the trend: "the cultural upheaval of the 1960s, changes to the church brought about in the 1960s by the Second Vatican Council, and national publicity in 2002 over sexual abuse lawsuits against Catholic priests."

The Marist Institute for Public Opinion conducted a poll during Holy Week last month that found nearly three in four Catholics (73 percent) were planning on worshipping on Easter Sunday. That figure climbed to 95 percent among practicing Catholics. 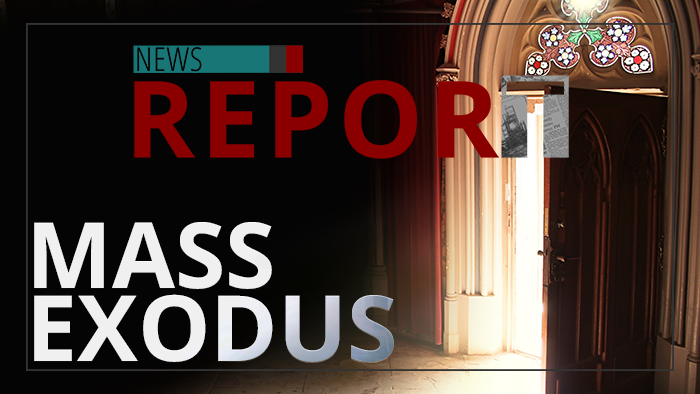 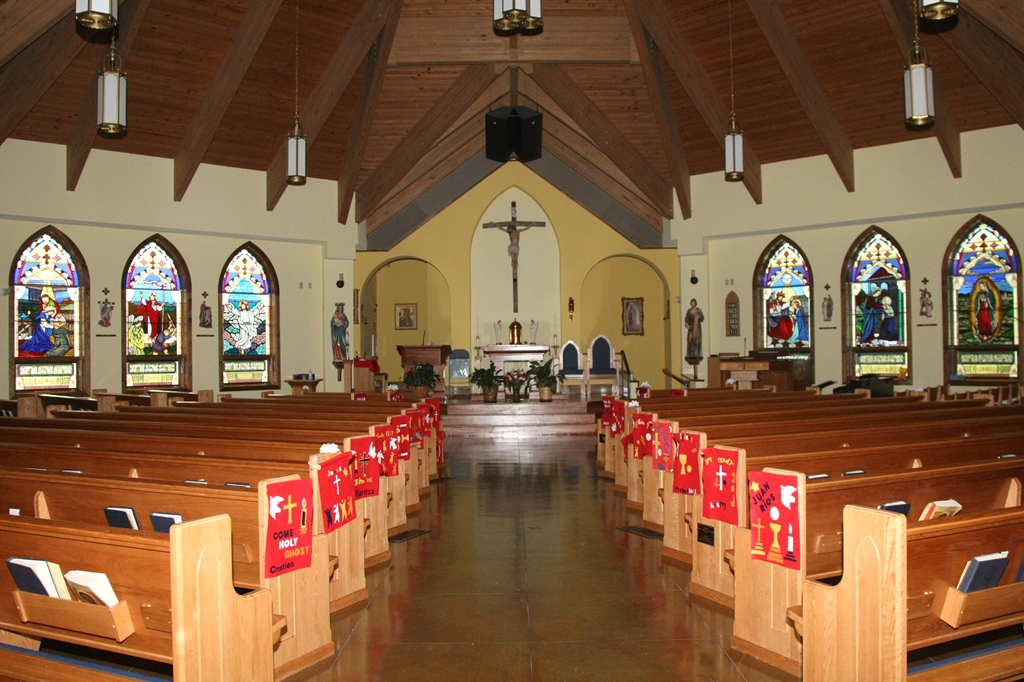 Watch
The Download—A Deeper Explanation of the Differences Between Vatican I and Vatican II
By Michael Voris, S.T.B.   •   0