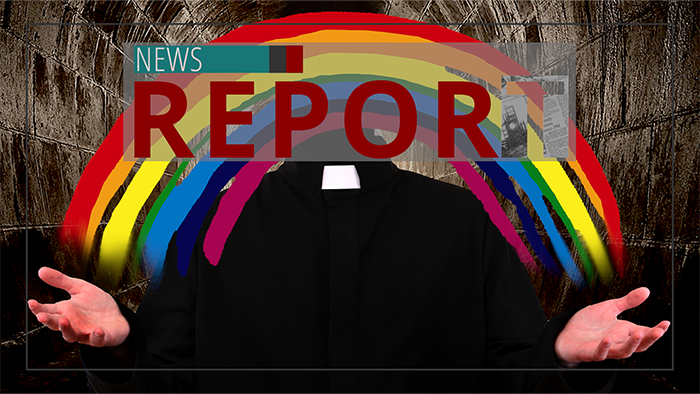 In tonight's In-Depth Report, Church Militant's William Mahoney looks at an often-overlooked cause of the shortage.

Fr. Paul Rospond: "At a Pride Mass, we express who we are as persons of faith."

In the Americas, there's currently one priest for every 2,086 Catholics.

In the United States, an inverse correlation of Catholics to priests began in the late 1970s and has continued since then.

Some offer clerical celibacy as the reason for the shortage. Others point to smaller Catholic families, and still others highlight the clergy sex abuse scandal.

Tied into the culture of sex abuse and cover-up is a bigger picture, highlighted in Michael Rose's 2002 book Goodbye, Good Men: How Catholic Seminaries Turned Away Two Generations of Vocations from the Priesthood.

Wieslaw Walawender: "There is a box that you need to fit. They don't tell you that."

In the summer of 2021, a new handful of seminarians who didn't survive the system told their stories at Church Militant's Persecuted Seminarian Summit.

Most men enter the seminary in their early 20s. They assume clergy in charge of their formation are of goodwill, rendering them all the more vulnerable to those of bad will.

Jonathan Blauw, ex-seminarian: "You have to go in hyper-aware, extremely vigilant, that there are men out there who will take advantage of your naivete."

With the exception of Africa, the number of seminarians decreased worldwide.

The Vatican's most recent response was to hold a Symposium on the Priesthood to discuss topics like women playing a greater role in the Church and the meaning of the Second Vatican Council for today's priestly renewal.

Father Paul John Kalchik explained the symposium failed to address what he called the "pink elephant in the room" — the infiltration of practicing homosexuals into the priesthood.

Steven Dinello: "They had secret knocks on the door. ... There's so much more I could tell you about things like that. That really scared me. I started putting a chair up against my door at night."

It looks like the priest and seminarian shortage is less of a vocation crisis and more of a gatekeeper one, where the gatekeepers promote and protect a culture of luxury, homosexuality, abuse and cover-up.