Pete Buttigieg Is on a Futile Quest for ‘Normal’

Word reaches me that Pete Buttigieg and his male life partner — can a man really be called "Chasten"? — are on Instagram demanding that we celebrate the arrival of two newborn babies, of pointedly unknown origins, to their household. Set aside your skepticism at the prospect of any Democrat holding an infant for more than a minute without eating it, and consider instead how effortlessly, how briskly and how unselfconsciously the squalid new social norm of gay adoption is being established.

Whose babies are they? No one will say. The mother was yanked from her hospital bed, a breeding sow still damp from delivery, to make way for the Buttigieg family photo shoot. America's newspapers are feigning yet another spontaneous, industry-wide failure of curiosity, even on basic logistical queries about the merchandise. It's not even clear if the babies are twins, and no reporter will dare puncture the scrupulously celebratory and reverential media atmosphere to ask. Perhaps this is what they mean by, "Don't Ask, Don't Tell."

Left open was a tantalizing possibility: Mayor Pete had gone online and just, you know, bought some new family members on Wayfair.com. Wayfair sells bad furniture; its website was accused last year of processing five-figure credit card charges for cheap flat-pack cabinets that were each labeled with a different female name. This is a money-laundering strategy heavily relied upon by baby smugglers and drug lords. Church Militant's lawyers asked that I stress this scenario is unlikely.

Let's keep our spirits up and refrain from dwelling on the inconvenient and growing body of evidence demonstrating that children raised by homosexuals, lesbians especially, are injured by it. The data show they turn out depressed, suicidal, bad with money and even, in extreme cases, fans of Sam Smith. The effect of gay parents is negative, measurable and as well-established in the literature as any other claim made by the social sciences. That sounds like a joke, but it isn't.

Chasten and I are beyond thankful for all the kind wishes since first sharing the news that we're becoming parents. We are delighted to welcome Penelope Rose and Joseph August Buttigieg to our family. pic.twitter.com/kS89gb11Ax

We must say "no" to negativity, even at the sight of these future abuse victims — I mean, they probably are — and take pains to avoid discussion of the exotic array of stains they will walk in on over the next 20 years. Let's focus on the positive, despite what looks like dangerous and sad news for the emotional prospects, lifetime earnings, home-owning ability and overall health, wealth and happiness of these wee tots, who did nothing to deserve being cursed with two "fag dads" and a name that means "keeper of chickens."

In times of strife, they say you should thank Heaven for small mercies. So today, I pay tribute to Almighty God for presiding over a world in which the hubris of these homosexualist homunculi still exceeds their ability to defy His laws and vandalize His creation with botched biology experiments. What more proof is needed of God's infinite mercy than the fact we were spared "pregnant Pete" glamor shots in Cosmopolitan?

The reality of what gay people do, presented honestly and without pulling punches, would frighten and appall every man and woman in the country.

I have always assumed those pregnant tranny shoots are photoshopped fakes, which is how the activist Left creates its new realities — marketing illusions made of money until some retard does it for real. Not today. At least for now, it doesn't matter how stunning and brave faggots feel: When two men want to have a baby, the only solution is American Express.

Gay sex is sterile: It cannot produce life. What gay men do behind closed doors — or out in the streets, if you live in California — is an emotionally underdeveloped pastiche of lovemaking. A child's estimation, if you like. It's a parody that mocks God's creation by dispensing with the civilizing effects of marriage and refusing to think about the miracle of procreation.

Sodomy takes the mystery of human romance and the beauty of human sexuality and reflects it back as two mentally ill man-babies rutting and squealing their way to perdition. Robbed of the sacred drama of fertility, gay sexuality becomes a grubby spectacle that offends human dignity.

Perhaps that's why everything around gay men dies. Back when I was gay, I'd have explained this well-established phenomenon with a witty aperçu reveling in a lack of personal responsibility that rendered me a menace to plants and animals alike. When I lived in London, I couldn't even keep a cactus alive, and that plucky little chap only needed water a few times a year.

Then again, maybe the cactus died of embarrassment from living with a fairy. Every living thing recoils against perversions of the natural order, just as every man bristles at reckless defiance of God's holy law. Well-adjusted people fear the torments of Hell. Everyone knows this is true, but we live in a diseased culture that awards social capital to people who lie and debase themselves.

We live in a diseased culture that awards social capital to people who lie and debase themselves.

It doesn't hurt that this particular sin is, in its commission, literally stomach-churning to contemplate. I mean, ugh. I can't believe I ever thought that was hot! I promise not to get too graphic. Let's just say, one thing no one ever dares to talk about is how mucky and wretched life as a gay man so often is. And we should have been talking about it, because the cringeworthy, sanitized "Love Is Love" discourse about gays was concocted to manipulate you.

Leftist campaigners realized in the 1980s they would have to make gay rights all about nebulous, unobjectionable concepts like "love" and never, ever mention body parts if they wanted people to go along with it. They were right. It worked. Perhaps I should start a new resistance trend: "The Parables of Sodomy," narrated in excruciatingly vivid detail by Milo Yiannopoulos.

I can hear you laughing nervously. Don't worry, I'm not planning it any time soon. And I promise not to spring it on you without fair warning. But nothing would make America more homophobic — surely an aspiration we all share — than some lurid truths about the realities of gay life, which are, as everyone suspects but doesn't say, saturated in alcohol, drugs, promiscuity, disease, bodily humiliation, loneliness and prostitution, not to mention pederasty and, occasionally, child abuse.

I start talking about all that, and Americans will be lynching the limp-wristed in downtown Seattle and firebombing local ACLU chapters by October. The reality of what gay people do, presented honestly and without pulling punches, would frighten and appall every man and woman in the country. The danger to children posed by tolerating homosexuality in public life could no longer be denied.

Proving that you don't have to be gay to be magnificently spiteful, St. Catherine of Siena wrote that sodomy is so revolting, even the demons who goad us into it don't stick around to watch, because they can't bear the sight of it. Reflecting on past indecencies, I don't blame them. Homosexuality is best treated as a matter of private grief, at least while your dinner settles.

There's just one problem. There's no such thing as a private disorder, and gay people affect those around them whether they mean to or not and whether they're aware of it or not. Homosexuality is a societal sickness as much as a private burden. It has societal consequences. In Part II, we discover where disordered gay urges come from and why that makes the burgeoning phenomenon of gay adoption so deeply disturbing. 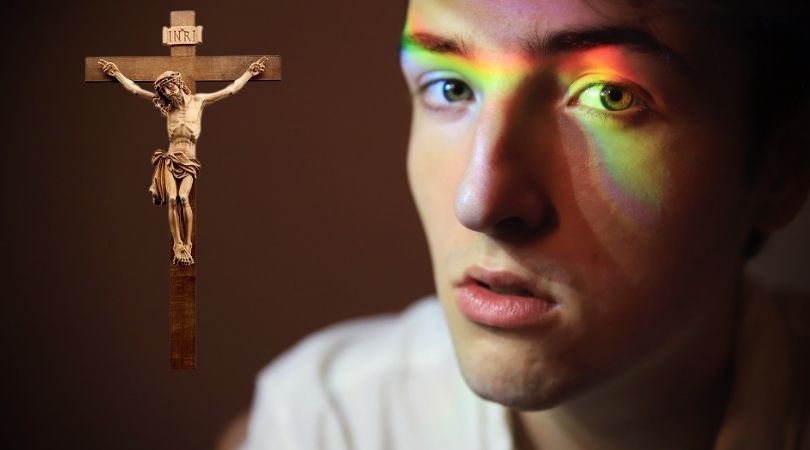 What Happens When You Stop Being Gay?
By Milo Yiannopoulos   •   0 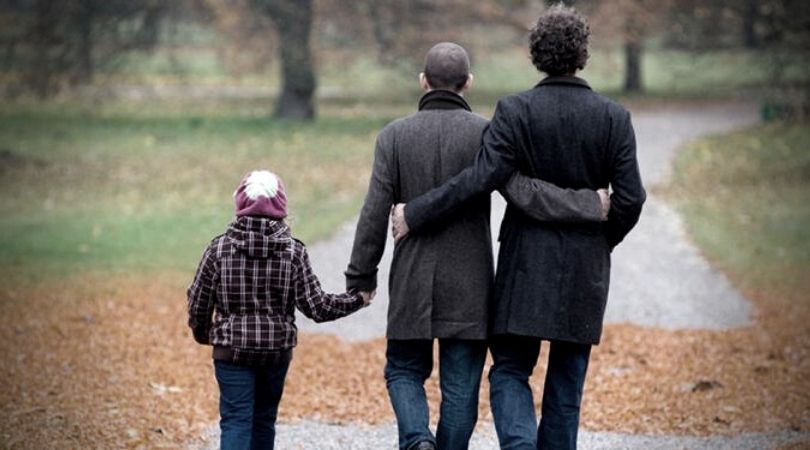 Why Do So Many Gays Try to Adopt Kids?
By Milo Yiannopoulos   •   0 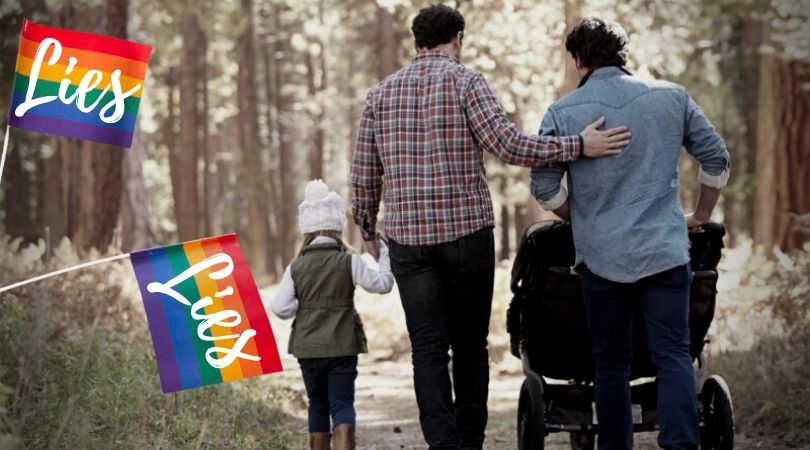