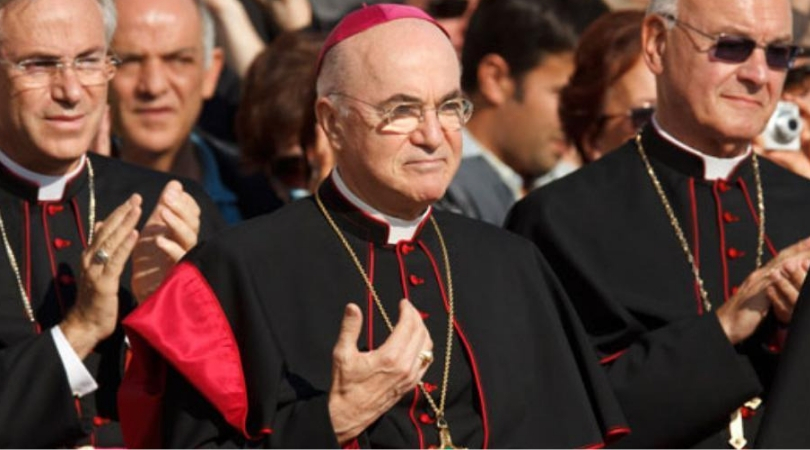 Abp. Viganò: 'The deeper problem lies in homosexual networks within the clergy'

Recent Catholic news is providing evidence that the homosexual current called out by former apostolic nuncio to the United States Abp. Carlo Maria Viganò is still polluting Catholic teaching and poisoning vocations within the Catholic Church.

Last August, Abp. Viganò testified that within the Catholic Church there existed a "homosexual current in favor of subverting Catholic doctrine on homosexuality." Recent events prove that this current is still involved in hiding clerical sex abuse — predominantly homosexual in nature — and is still continuing to strangle vocations and promote the homosexual agenda.

The greatest symptom of this problem is clerical sex abuse that was targeting minors but is now targeting adult victims. The problem of homosexual predation of adults is not even a concern of most bishops based on the fact so little attention is given to it. This tendency to discount adult victimization is shown by the recent release of Cdl. Timothy Dolan's list of clerical sex offenders from the archdiocese of New York. Priests who had targeted adults were absent from the list.

This homosexual current seeking to normalize homosexuality was also prevalent at Christ the King Seminary in the diocese of Buffalo, New York. Seminarians there complained of conversations by three Buffalo priests about homosexual activity that were so pornographic that it led to the suspension of the three priests.

In the archdiocese of Malta, the current is also flowing, as evidenced by the partiality shown by Malta's Abp. Charles Scicluna to those promoting the homosexual agenda in his archdiocese. This case is even more weighty owing to the fact that Scicluna was appointed by Pope Francis as the principal investigator into clerical sex abuse.

In his testimony last August, Viganò also bore witness to "homosexual networks" that keep the homosexual current flowing within the Church.

The deeper problem lies in homosexual networks within the clergy which must be eradicated. These homosexual networks, which are now widespread in many dioceses, seminaries, religious orders, etc., act under the concealment of secrecy and lies with the power of octopus tentacles, and strangle innocent victims and priestly vocations, and are strangling the entire Church.

To end clerical sex abuse and the current homosexual predation of adult seminarians and young priests, the "homosexual networks present in the Church must be eradicated," says Viganò. Recent Catholic news, however, seems to indicate that this eradication has not yet begun.

Watch the panel discuss recent evidence of homosexual networks within the Church in The Download—Gay Clergy Crisis.